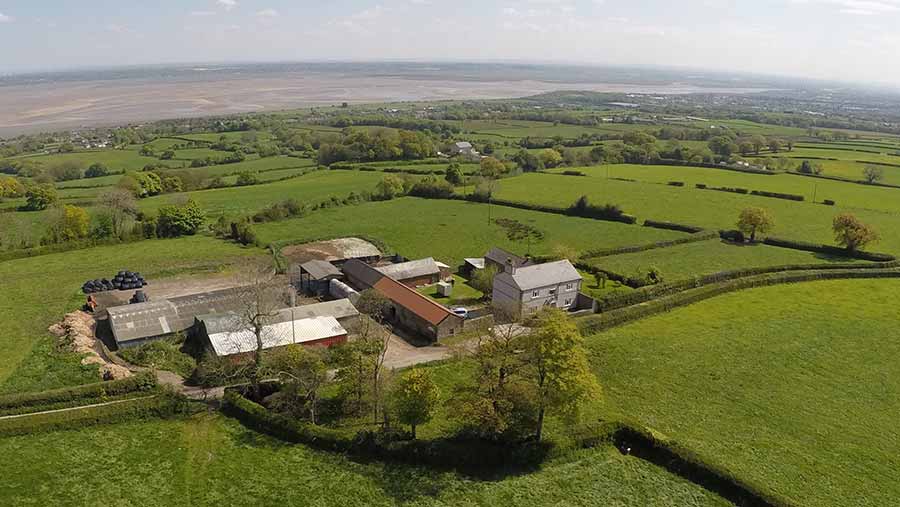 Agents in Wales have painted a picture of cooling land values, but say farmer buyers are still willing to pay significant premiums for the right investment.

Expanding and diversifying farmers are the most active buyers, with a noticeable drop-off in the amenity and residential market.

A 25-acre former dairy with a house and traditional buildings in north Wales fell surprisingly short of its £525,000 guide, selling to an expanding farmer for £475,000.

But in a second lot the remaining 46 acres of bare, undulating grassland belonging to the farm soared well above the £6,000/acre guide, with the hammer falling at more than £9,000/acre.

“There was lots of interest from local farmers in the main farm and buildings, but despite good attendance at viewing days they didn’t really show up at the auction,” Mr Lay said.

“The price achieved could be a reflection of the residential market cooling. Cefn Farm is not far from the Wirral and Chester – a location which would normally draw non-farming interest.”

Away from the auction room, Mr Lay said demand for off-market farms was proving very strong, with significant interest and offers for two Welsh grassland farms of about 80 acres each.

“There seems to be a lot of private buyers looking around who want more space to expand their cow numbers or build a diversification into their business.”

David Powell, managing director of Powells, said while demand is limited, supply for his firm is slightly up on last year after the EU referendum result held a few farms back from launch.

“Very little in the way of farmers’ farms came after the EU referendum last year. Clients sat back and delayed launched,” he said.

“These were not clients that were rushing in to sales and stopped; they were long-term exit strategies that ended up being delayed amid uncertainty from the Brexit vote.”

Mr Powell said his firm didn’t launch any farms in July and August 2016 – traditionally busy months in the calendar.

However, he added that the delayed farms from 2016 are now starting to come on the market.

Notably, this includes 385 acres in the Swansea region that is expected to be launched in August.

Fewer buyers are also a feature of the market. Mr Powell said the lack of competition was having an effect on price, but that “anything with a sensible guide price is selling”.

Dan Rees, head of residential and rural sales for Savills, said supply is well back on last year, but that quality agricultural propositions were attracting interest from England, both from tenants looking to buy a holding and existing owners wanting to sell up and buy bigger.

“Stock is short,” he said. “But it could boost values for those farms that do come to the market and good quality will always catch the eye.”

New to the market?

Pentre Bach Farm has 215 acres five miles north of Newport and a guide price of £1.85m as a whole, or in three lots. 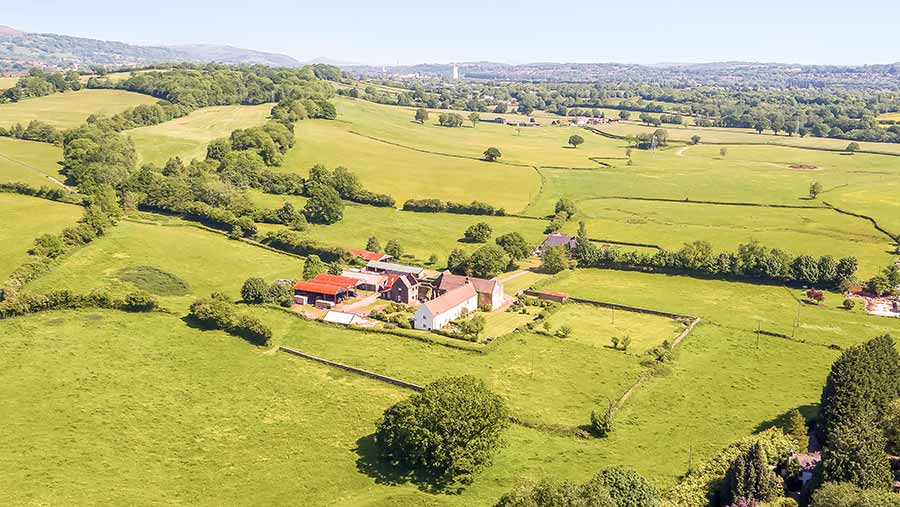 The ring-fenced unit is down to grass and has mainly traditional outbuildings plus a listed five-bedroom farmhouse.

The grassland farm, near Monmouth, has a £1.5m guide price.

It has modern and stone livestock buildings at the centre of the ring-fenced pasture plus a four-bedroom farmhouse at a guide price of £1.75m.