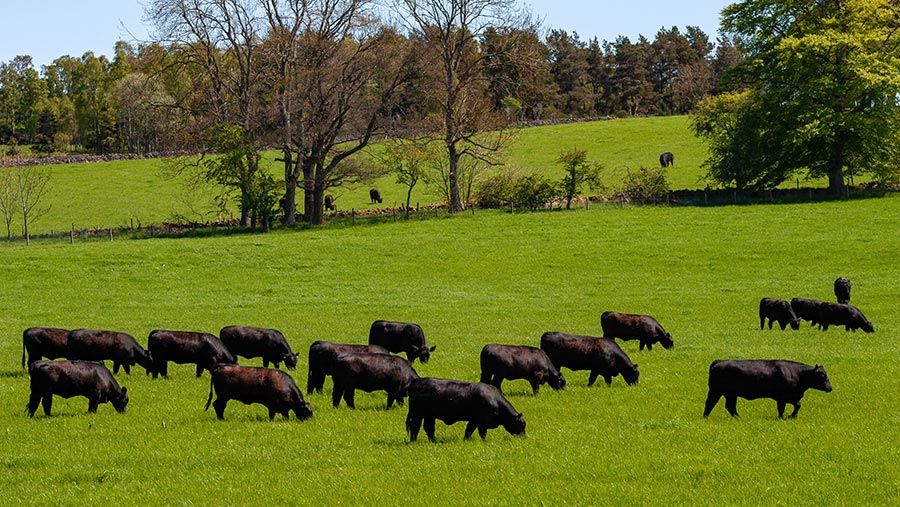 One of the best-known farms in pedigree cattle breeding is for sale with a guide price of £3.245m.

The 639-acre Blelack Farm, near Aboyne in Aberdeenshire, is synonymous with its championship-winning Aberdeen Angus and Charolais cattle herds.

Since the herd was established in 1970, it has chalked up more Aberdeen Angus champions at the Perth and Stirling bull sales than any other in the breed’s history.

See also: So you want to… Buy a farm?

Since then, the remaining herd of Angus cattle has grown to 120 breeding head, which will be dispersed through United Auctions in October.

Blelack Farm itself is centred around the grazing herd, with arable land used to provide feed and straw, along with spring barley. 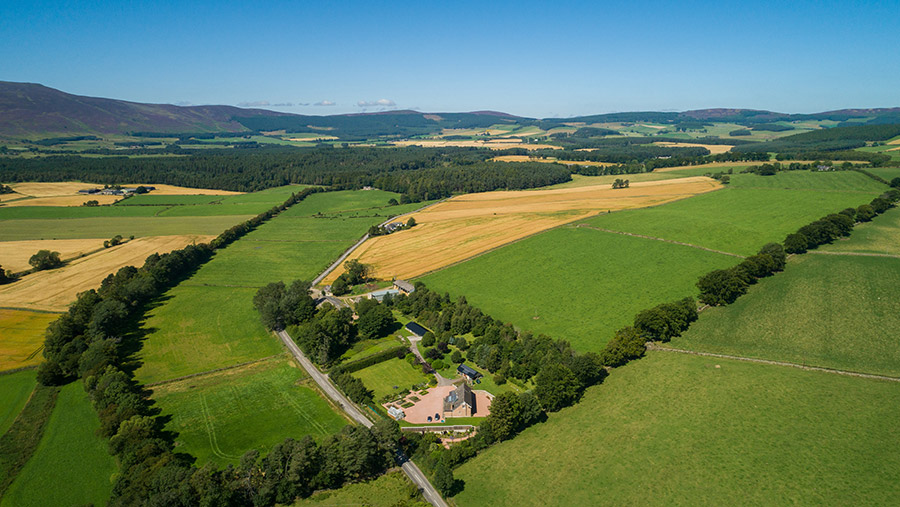 The unit is available as a whole or in five separate lots.

A range of large, modern buildings, capable of housing more than 300 cows, are sited at the centre of the unit.

These include a new feed shed and indoor cattle handling system. The well-drained hill ground is capable of sustaining 200 cows over winter and includes a hardstanding.

If the farm is not sold as a whole, three distinct parcels of land of varying sizes are available as separate lots.

Also for sale, either as part of the complete farm or alone, is Balnastraid Steading. It offers conversion and development opportunities with planning permission in principle for a residential dwelling.

The founder of the Blelack herd, Neil Massie OBE, is still involved with the farm, which is run by his son Graeme.

Graeme hailed his father’s achievements. “My father is rightly proud of what he has achieved here at Blelack,” he said.

“Now in his 80s, he is still involved with the herd and checks on them daily. His record over almost 50 years has secured Blelack’s place in the top echelons of the breed.”

Rory Galloway, director of rural agency in Aberdeen for selling agent Savills, added that the sale of Blelack was an exceptional opportunity.

As well as the land and property, it offered a valuable brand from which any future commercial herds could benefit, Mr Galloway said.

The sale will take place via auction in the autumn.