New research demonstrates the extent to which the English farmland market is changing.

Fewer acres been marketed in 2016 compared to last year, and evidence shows a significant reduction in completed transactions on land launched for sale in 2015.

Prices have taken a hit too, with nearly 40% of sales last year failing to meet their guide price. We take a closer look at the agent’s research and what it shows.

All data in the charts below is supplied by Strutt & Parker. 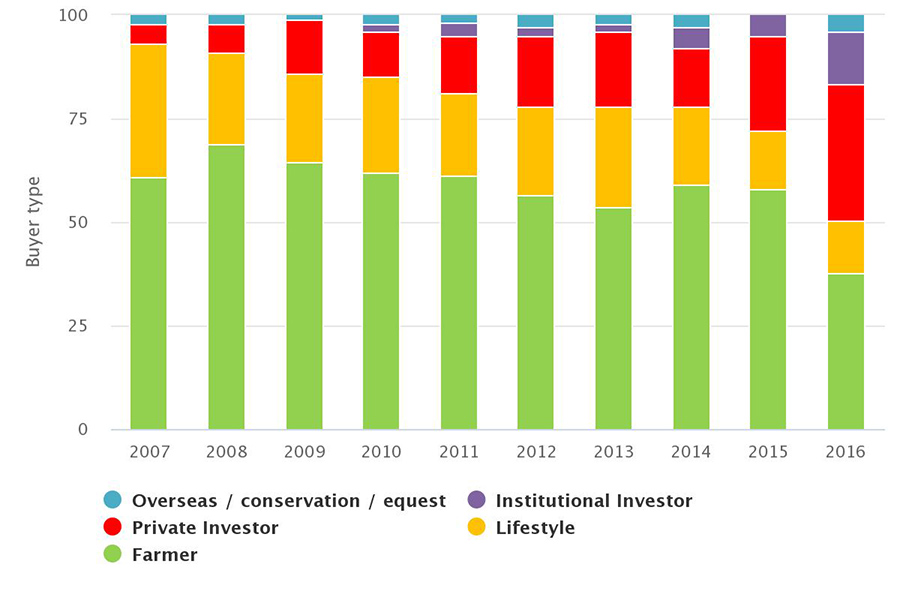 Just 38% of farmland sold so far in 2016 was to farmers while the rise of private and institutional investor continues apace, accounting for 46% of transactions this year.

The decline has been evident since 2008 when farmer purchasers bought nearly 70% of land and private investors just 7%.

Falling farm profitability and commodity prices have been the main drivers, leaving farmers with less cash to spend, while those looking to roll-over capital relief have become more active.

Private investors are tending to buy blocks under 500 acres, while institutional investors want as many acres as possible. 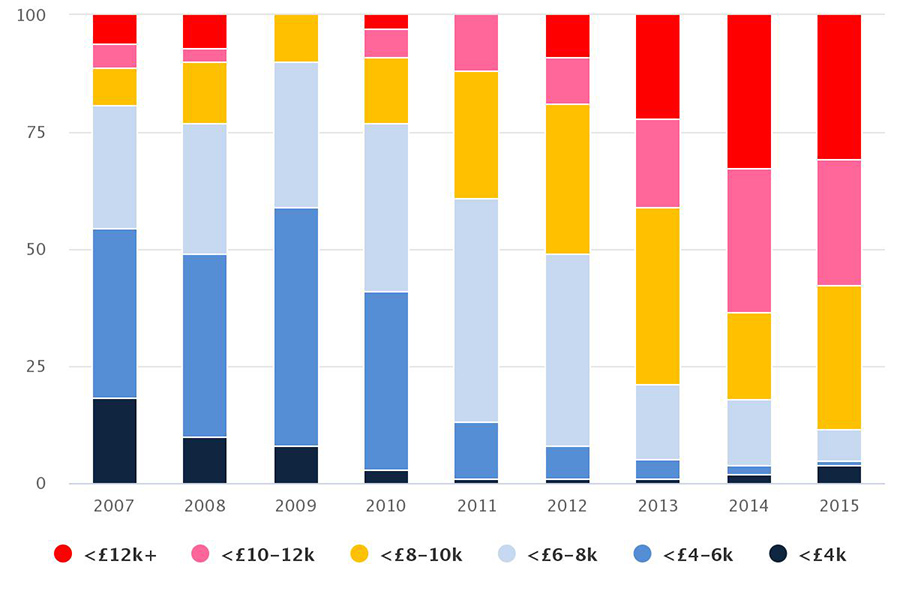 There has been a huge swing in the prices paid for land in the past five years.

Jason Beedell, partner and head of research at Strutt & Parker, said: “It’s purely down to price inflation. There used to be farms at £4,000/acre to £6,000 but there are hardly any there anymore.”

Guide prices not being met 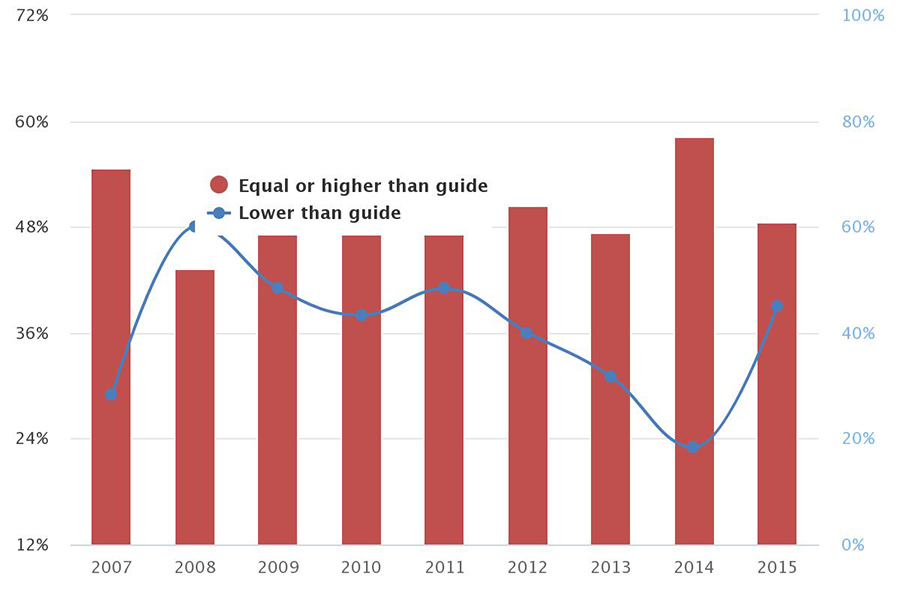 The proportion of sales not achieving their guide price spiked sharply last year, leaping from 23% to 39%.

Arable land took the brunt of the hit, with 37% sold below the guide.

Jason Beedell added: “It’s a combination of buyers becoming a lot more choosy and some land being over-valued. Everyone has become a bit more savvy and rather than paying the guide price or over they are challenging prices a lot more.” 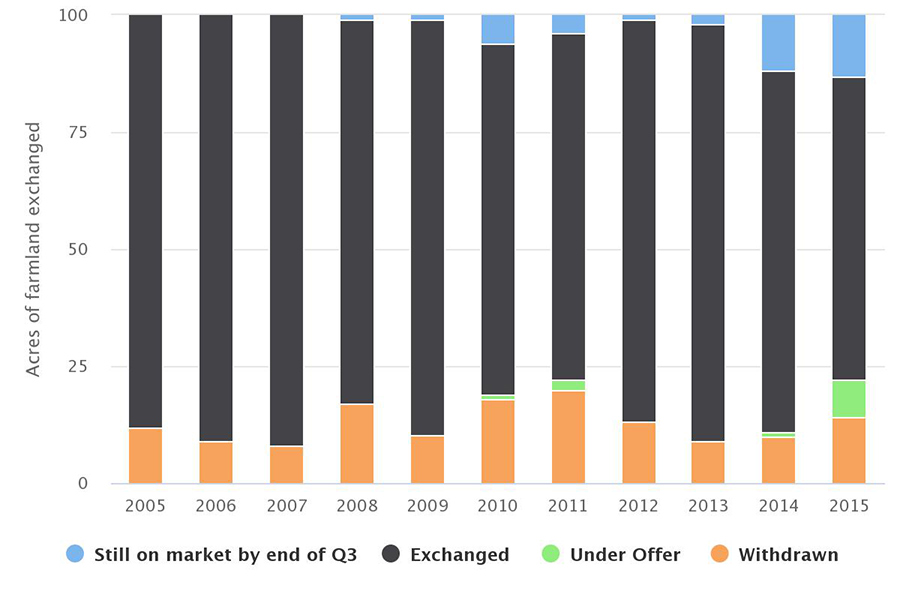 About 13% of publicly and privately marketed farmland across all agents was still for sale by the end of Q3 in 2015 – more than double the figure five years before and a 333% increase on the 10-year average of 3%.

Jason Beedell said: “People are waiting for the right farm in the right place. It’s such a thin market – the 112 farms lunched so far this year sounds a lot but if you’re looking for a large arable farm, perhaps with good transport links, you could be waiting a long time. Buyers are also a lot more cautious and aware of value.”

Land launches in South-East England were down 68% while three large estates being sold in Yorkshire and the Humber have made it the only region to report a surge in available acres.

The price of arable land is now 9% lower than a year ago at £9,800/acre while pasture prices rose slightly but are still 5% down on last year with an average of £7,500/acre.