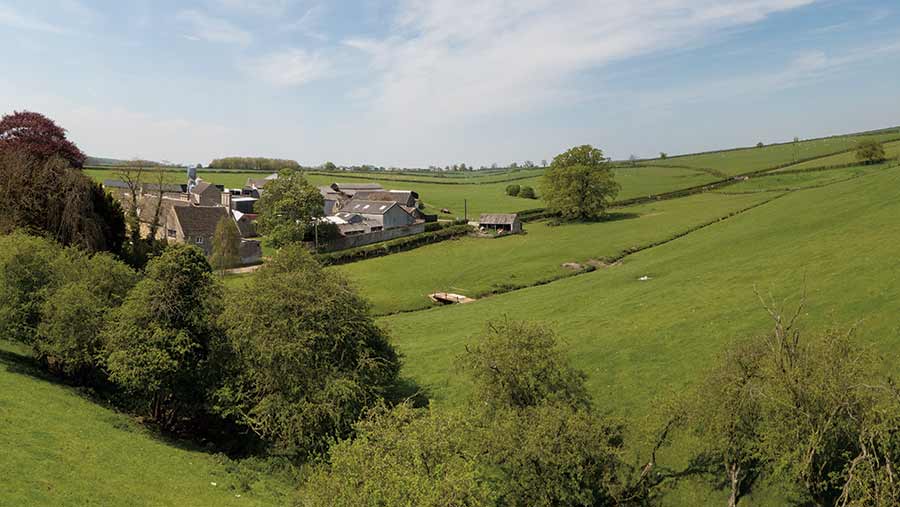 A five-year farm business tenancy is available on a mixed Northamptonshire farm near Oundle.

Brook Farm has its 460 acres divided into arable and grassland and is currently farmed by a tenant.

Located seven miles from Corby, the farm’s land is all in a ring-fence with a central yard that hosts a range of traditional and modern buildings, including some grain storage and general stores for fertiliser and farm machinery.

There are also two houses included in the tenancy.

Grade 3 soils are of the Hanslope and Moreton variety – some clay and brown calcareous earths – which have been well looked after by the current occupant.

The farm’s two dwellings include a five-bedroom house and a one-bedroom cottage.

BPS entitlements are held by the previous tenant and may be available by separate negotiation.

A Higher Level Stewardship agreement is in place until 2023, but has the option of a break clause in 2018 that could see some of the pasture returned to arable production.

A deadline for submission of tenders has been set as 12pm on Monday 11 July. It will be let by informal tender from 29 September 2016.