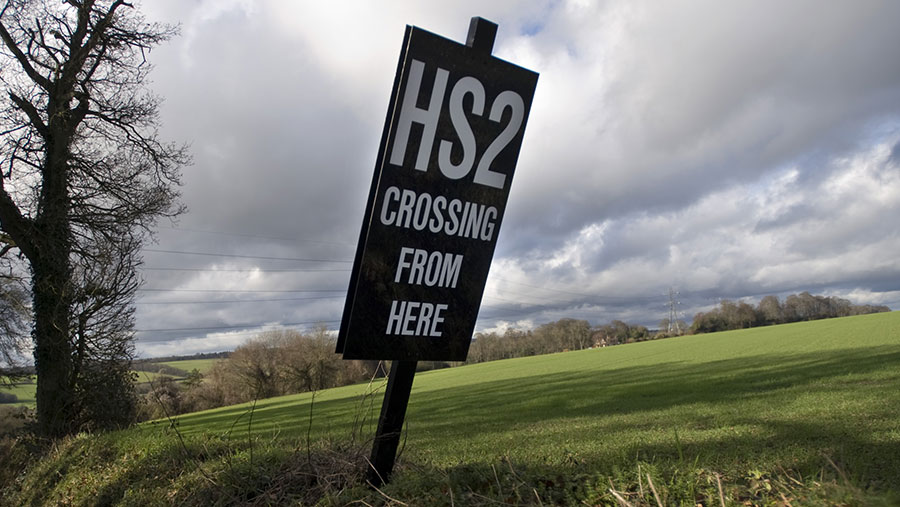 The government has dropped plans which could have allowed HS2’s developer to use compulsory purchase orders to grab valuable land not needed for the railway.

The arrangement may have seen landowners forced to sell more land than necessary to build the high-speed railway which could then have been sold on to developers.

See also: HS2 Phase 2a to have significant impact on 58 farms

The plans for the high-speed railway, running between London, Birmingham, the East Midlands and cities Leeds, Sheffield and Manchester, had been branded by the Country Land & Business Association (CLA) as an “outrageous land grab”.

Transport minister Chris Grayling announced on Tuesday (18 January) that those plans would be dropped, following recommendations from the House of Lords select committee on HS2 in December.

“We are delighted the government has seen sense over giving HS2 the ability to compulsorily acquire land for lucrative developments completely unrelated to the railway which would have been an outrageous land grab,” said CLA president Ross Murray.

“The decision by the government to withdraw these sweeping powers is a victory for all those affected by the scheme.”

The CLA has been involved in lobbying to prevent the bill being passed with the rights included, involving the submission of formal legal petitions to House of Lords committee on HS2 over recent months.

However, the government did not respond to the CLA’s request for duty of care plans to ensure farmers and landowners were treated fairly by HS2, despite criticism from the Lords committee.

There will be further debate on the HS2 Bill in the House of Lords before it becomes law in the spring.

It is expected that construction of phase one will begin later this year.