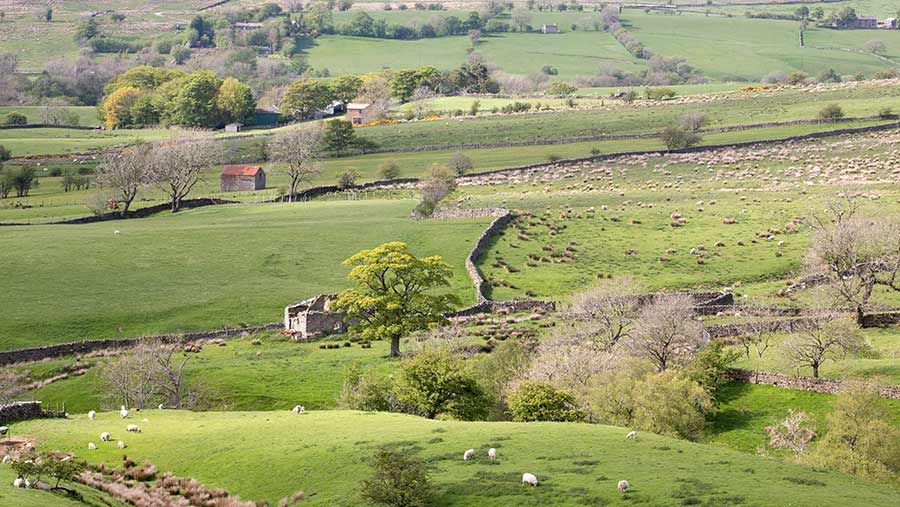 Few hill farms have come to the market so far this year, but land with potential for tree planting and in an attractive location is seeing good demand and achieving higher prices.

While farmers looking to relocate, expand existing holdings or create more viable units as part of succession planning make up some buyers, forestry investors and people with roll-over money make up the majority.

Douglas Orr, associate director of estates and farm agency at Strutt & Parker, based in Edinburgh, said his team sold 28 hill farms in 2018, up from just seven in 2017.

Forestry investors are taking advantage of the Scottish government’s support and applying for permission to plant while the scheme is in favour, he said.

In Scotland, financial support for the creation of new woodland and the sustainable management of existing woodland is available through the government’s Forestry Grant Scheme.

“Very few people are looking to buy hill farms to run them as hill farms,” said Mr Orr. “Hill farms may struggle depending on how subsidies go.”

However, Mark Barrow of H&H Land and Property, which covers the north of England, believes hill farms present exciting opportunities and could be good investments.

“With the emphasis on public money for public goods, and measures to support the resilience of rural upland areas, future subsidy schemes could be quite favourable for hill farms,” he said.

“There has always been a push for lowland productive land, but there is the potential for a change to more money going to the upland farm.

“We have seen some interest recently from lowland farmers exploring spreading the risk and expanding businesses by acquiring hill farms, with the view that payments might be going that way, but there’s nothing set in stone yet.”

As well as purchasing a working farm, these kind of properties have other attributes, Mr Barrow said. Camping sites and holiday lets could be good diversification options due to the attractive landscape, if there is decent access.

In 2017 the Lake District National Park in Cumbria was designated a Unesco World Heritage Site. Mr Barrow said smaller upland amenity blocks of woodland and pasture had recently sold well to local investors wanting to own part of the park.

“Over the past 12 months hill farms have still sold quite well, although it has maybe taken them slightly longer than usual,” Mr Barrow said.

“With Brexit looming, people are sitting back and waiting for an announcement, but the market is still quite strong and buoyant.”

H&H Land and Property is set to launch a 250-acre hill farm with stocking rights for sheep and cattle on adjacent land, likely to be sold at auction, which Mr Barrow says will be a good indicator of the market.

Northumberland generally has less farmland coming to the market than other regions in the UK, but offerings of a suitable quality attract high demand, says Graeme Bruce, director of YoungsRPS, which is based in the north of England.

“Prospective purchasers are looking more closely at the quality of the land for their proposed use to ensure it is viable to them,” he said.

“Interest from the forestry sector has certainly strengthened, at times more than from a livestock farmer for bare land, hence the need for an understanding of the land type, any possible restrictions and sensible lotting to generate an optimum price.”