The East Midlands has followed suit with many of the wider national trends observed in the UK land market during the past year. Demand continues to outweigh relatively tight supply, and private sales are reportedly increasing their share of the market.

Values across all land types went up by 1.8% year-on-year in the region, to average £7,354/acre. Grade 3 livestock land had the biggest price rise in the area, increasing by 4% year-on-year.

Acres launched to the open market in this area increased by 6% compared to 2020 levels to total 9,622 acres, although this is still marginally back on pre-pandemic levels.

Land values remain strong in our area and, as with previous years, values achieved are reflective of the quality and versatility of the property for sale.

Good-quality land holdings in the right location command a premium, often with many interested parties vying for the same property.

Predominantly led by the lack of supply, taxation benefits, the availability of affordable finance and development rollover money, sales still range from £11,000-£16,000/acre.

And, although there is still land making less than £10,000/acre, it is becoming harder to find in the Midlands.

We have offered for sale and completed on more land in 2021 than in recent years, with some sales concluded privately, but the majority have happened openly.

Our opinion is that the market for land and farms will continue to be stable and provide a good investment for non-farmers while also offering existing farmers the chance to expand.

This year has undoubtedly been quieter, with the market being relatively slow in the first part of the year. That said, the second half saw a number of farms launched, where strong values were received.

We saw the local market reacting well to both private and open market offerings. The top values achieved, however, were from non-farmer purchasers, principally looking to roll over gains.

The limited activity in the Grade 1 south Lincolnshire silts suggests that quality silt has maintained its value.

The demand for houses with up to 100 acres of land has been exceptionally strong, with potential buyers rushing many miles to view and bids significantly exceeding guide prices.

While the supply of farms and land is tight and demand from both local and national purchasers remain, we expect to see a strong farmland market in 2022.

Elms Farm, Sheepy Magna, in Leicestershire, was sold by Howkins & Harrison for more than its guide price of £4.3m.

The 227-acre mixed arable and livestock farm, which included two houses and modern buildings, was sold in four lots, with plenty of interest from farmer-buyers looking to expand. 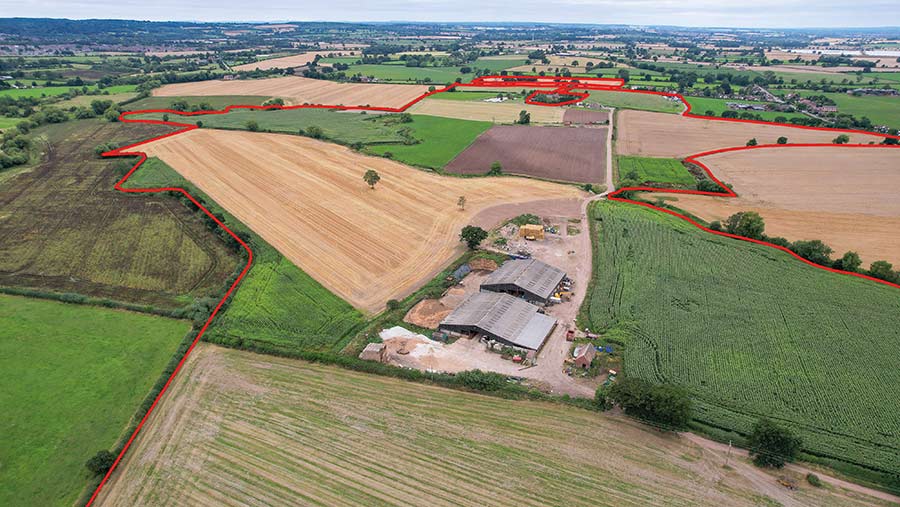 The property sold as a whole for more than its guide price. 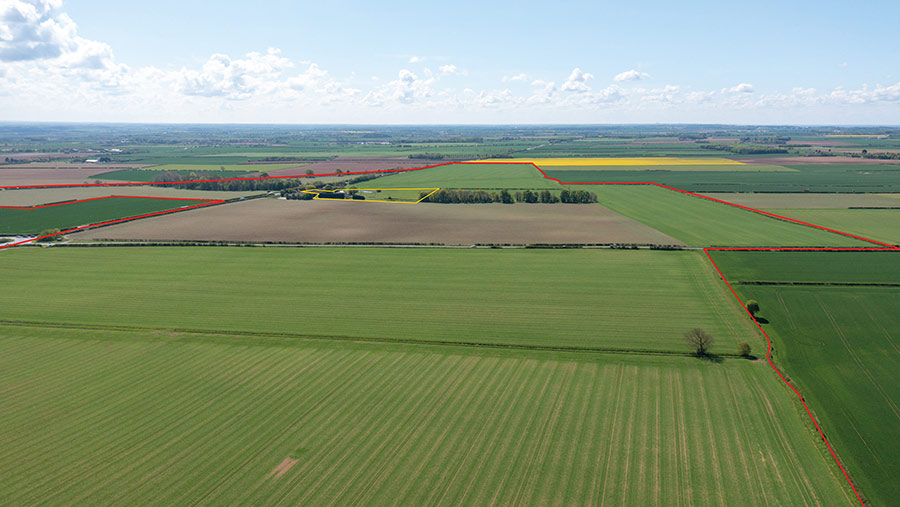