With almost 3,000 fewer acres launched to the land market in Wales in 2019 compared with the previous year, but an increase of five holdings made available, it seems large landowners are keeping hold of their farms while smaller ones are seeking an exit.

Overall, the country remains resilient, with an integral part of the market being interested neighbours taking a long-term view and snapping up opportunities as they arise.

Vendor confidence will grow this year, agents expect, but clarity on future farm subsidies and the effect of Brexit remains key.

Overall, the demand for farmland in Wales in 2019 remained resilient, underpinned by a shortage of supply, which could be attributed to the uncertain political climate.

We continue to see variations in both levels of demand and achieved sale values across the country, with neighbourly interest continuing to be a key driver for sales.

This year we expect vendor confidence to grow as farms come to the market in the spring, albeit with a degree of caution until we are clearer on the future of farm subsidies.

We also anticipate that farms with a strong lifestyle focus will continue to perform well, particularly those with an established second income stream.

As we gain further clarity on subsidies, there is potential to see increased interest in holdings such as Gwastadfryn, which appear to be well placed to take advantage of such schemes.

The Welsh land market has been stable for the past 12 months.

Land that can be ploughed for arable cropping still tends to be the most popular, with higher, steeper permanent pasture land sometimes harder to sell.

As always, it can depend on the surrounding landowners, homeowners and their ability to borrow funds.

Farmers that diversified some time ago can be prime investors.

Those who have done so more recently can find it more difficult to now borrow.

The market requires a greater selection of farms and most that are attractive, in terms of location and adaptability, are selling well. 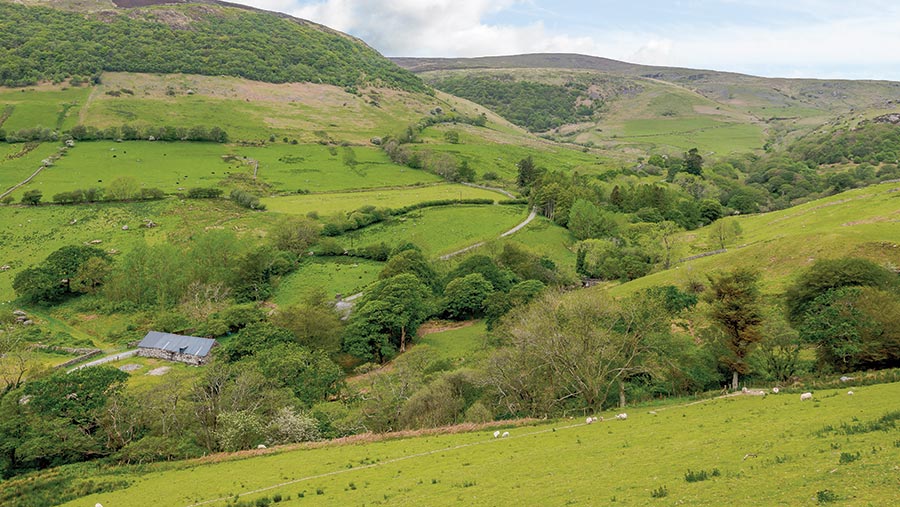 Gwastadfryn, Tywyn, has been launched by Carter Jonas with a guide price of £2m.

It is available as a whole or in two lots.

On the Shropshire/Powys border, McCartneys sold a 243-acre livestock farm to an overseas investor with local connections.

It was offered for sale by formal tender guided at £1.52m, which it exceeded.