Keen buyers and a short supply across East Anglia in 2017 saw 82% of marketed land sold by the end of the year.

In all, 29 farms were under offer or exchanged, with just 1,600 acres unsold, according to Strutt & Parker data.

The figure contrasts performance in many regions where there are examples of well over half the acreage remaining on the market at year end.

See also: The land market in your area: Yorkshire and Humber

Some agents have expressed optimism about a supply increase for 2018, but buyers are likely to have to wait until spring to see if it materialises, with few farms launched so far.

New farm on the market 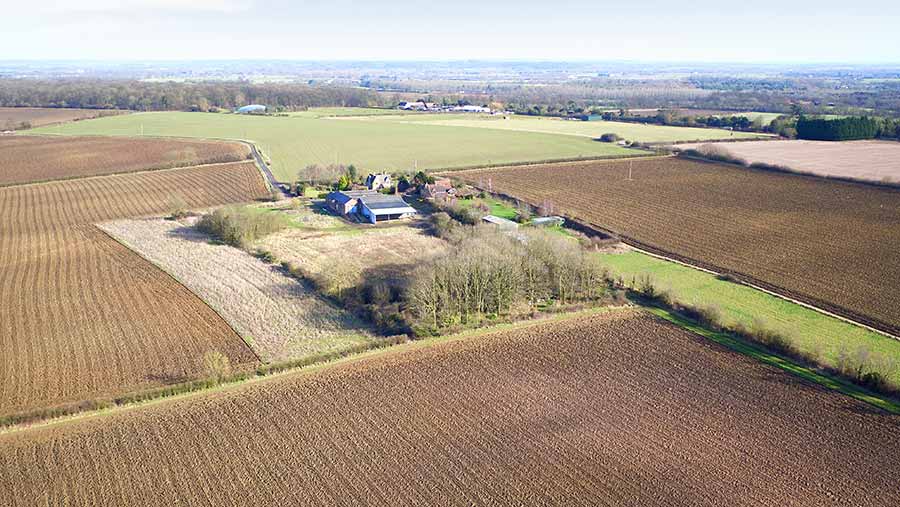 Bidwells is selling Moxhill Farm at Cople, Bedford, which has 148 acres of predominantly arable land with a small area of grass.

An extensive range of traditional buildings and grain store support the farming operation, and there is a large farmhouse. It has a guide price of £2.35m. 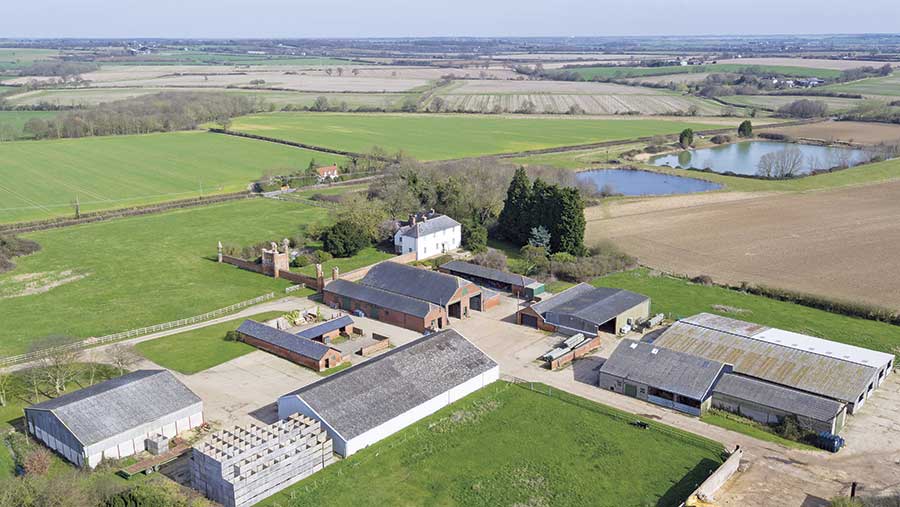 The appetite for quality was demonstrated in the sale of 437-acre Lodge Farm at Beckingham on the Essex coast.

Launched in late spring at a guide price of £6.15m, the unit’s Grade 2 irrigated soils plus range of buildings and storage appealed to a number of buyers, as did the estate’s four properties.

It sold through Strutt & Parker in late autumn in excess of its guide.

There was a sharp fall in the supply of East Anglian farmland in 2017 and this contributed to average farmland values being sustained across the region.

The amount brought to the market fell by one third compared to 2016 and was 25% below the five-year average, although this is partly offset by the growing number of private sales.

In a region where any reduction in agricultural subsidies will be most keenly felt, the fall was probably caused by uncertainty as potential vendors considered their options.

Over 80% of the farms and farmland marketed have found a buyer, which is considerably better than the national picture.

The lower levels of supply have not overwhelmed demand in which farmers still account for 50% of farms sales. Corporate investors are now less prevalent and buyers with development rollover funds are having greater influence.

Looking at the road ahead

We have got one or two instructions for the spring and speaking to other agents there is more in the pipeline – I sense that there is a bit more land coming forward this year than last year.

Blocks of 800 acres, which are in one piece rather than split up, will continue to be in demand.

People will be cautious; we are not seeing examples of farms being sold because of Brexit, but it is a consideration.

Buyers have it on their mind, particularly if they are borrowing money for the purchase. There is rollover money coming on stream starting to come to the market.

Farmers in receipt of that money will first look locally because it’s where they know but as time becomes a factor they will look elsewhere. The market isn’t substantial and beggars can’t be choosers.