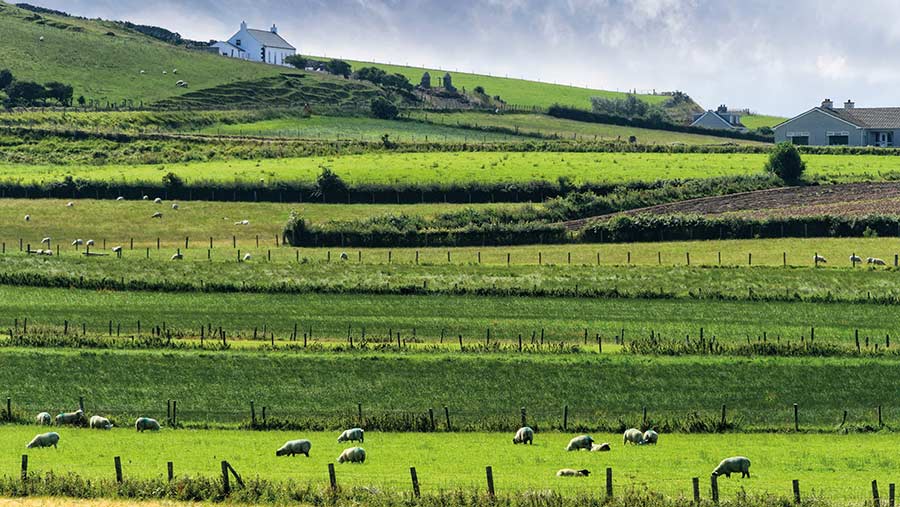 Agricultural land values in England have reached their highest level since 2016, according to Strutt & Parker research.

The agent’s Farmland Database, which records the sales details of all publicly marketed farms, estates and blocks of land above 100 acres, shows the average value of arable land is currently £9,500/acre – a rise of £100/acre since the end of 2021.

This is 2% higher than a year ago and not far off the values seen at the peak of the market in 2014, said Matthew Sudlow, head of estates and farm agency.

The data also show that 73% of farms marketed in the past year sold at, or for more than, their guide, the highest level since 2014.

“We are seeing some properties sell for well over their guide price and are hearing of some sales in hotspot areas where buyers are resorting to gazumping.”

More land is expected to be offered on the open market this year than in 2021.

With the end of Covid-19 lockdowns, people are starting to feel more confident, and the high prices are also enticing, especially to those at retirement age with no successor.

However, it is unlikely that supply will increase enough to significantly change the makeup of the market, given the level of pent-up demand, he said.

Knight Frank’s latest Farmland Index shows the average value of farmland is rising at the fastest rate since 2014, with prices for bare land rising by almost 4% in the first quarter of this year, while annual growth hit 14%.

A lack of supply and strong demand from a wide range of purchasers – particularly rollover and conservation-motivated buyers – has continued to support prices.

The volume of publicly advertised land so far this year is about 50% below the level in 2021, itself a historically sparse year.

The UK is now in a situation reminiscent of the 1970s when inflation also soared, and in such periods investors often seek secure assets, said Andrew Shirley, head of rural research.

Only gold – which has seen a bounce off the back of the conflict in Ukraine – has performed more strongly than farmland over the past 12 months, and land is arguably a better option because it generates a steady income and is subject to less price volatility, he said.

Values spiked by almost 500% during the 1970s. This is unlikely to happen now, as farmland prices already carry a substantial premium above their productive capacity.

However, there is potential for interest from more investors looking for insurance against inflation and a source of environmental credits, said Mr Shirley.

The process of legally completing a farmland sale is taking longer than normal, says Savills, with the average time from launch to exchange at about 420 days, due to the ever-increasing complexity of transactions.

The war in Ukraine has compounded the existing inflationary pressures, with prices for animal feed, electricity and fertiliser soaring.

This has had a particular impact on the livestock sector, while some arable profit margins have improved in the short term due to the increased output prices for crops.

“However, it is the impact on the commodity market that has the biggest impact on values, so many will be keeping a watchful eye on this.”

Applications for the Lump Sum Exit Scheme in England will open in April and close in September this year, although farmers can withdraw their application any time before their payment is made.

This will also affect how land is brought to the market this year, said Mr Lawson, with farmers who are leaving the industry evaluating whether it is best to use the scheme and therefore market the land without the entitlements.

This would leave the buyer to either replace them, negotiate a lower purchase price for the land ex-entitlements, or potentially agree an apportionment of the lump sum payment.