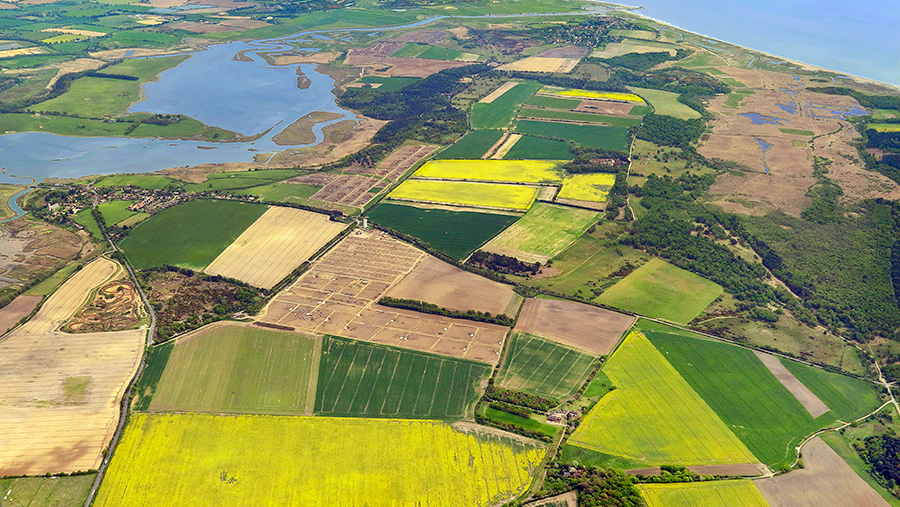 A diverse 2,550-acre mixed farm on the sought-after Suffolk coastline is for sale after being owned by the Blois family for more than 300 years.

The Blythburgh Estate, close to Southwold, is predominantly ring-fenced and includes more than 1,000 acres of arable land, 500 acres of grazing and about 300 acres of woodland.

About 480 acres forms part of the largest continuous stand of reedbeds in England and Wales, with the remaining balance being made up of areas such as grassmarsh, tracks and residential.

The buyer will also have the option to take on a further 546-acre arable block with farm buildings and grain storage, subject to separate negotiation.

Soils are light and sandy, highly suited to root crops if irrigation was installed.

“It’s such an unusual and diverse opportunity for someone,” said Savills partner Will Hargreaves.

“It suits someone who is looking for a mixed investment with some amenity value together with the opportunity to grow the farm’s value by installing irrigation. There’s a lot for buyers to go at and I think it will be an exciting prospect.”

A pre-application for an abstraction license has been submitted to the Environment Agency, which would cover the whole block. In the absence of water, the in-hand farming operation across the acreage has focused on wheat, barley and oilseed rape. Seed potatoes and maize feature in the current rotation.

Sheep and beef cattle are grazed across the grassland in partnership with Natural England under an agreement which will continue after the sale. Free-range pigs have been reared on the farm by a local producer, but will be removed before contracts are exchanged.

A Higher Level Stewardship agreement is in place until 2022 on part of the estate, and BPS entitlements are included on all the agricultural land. 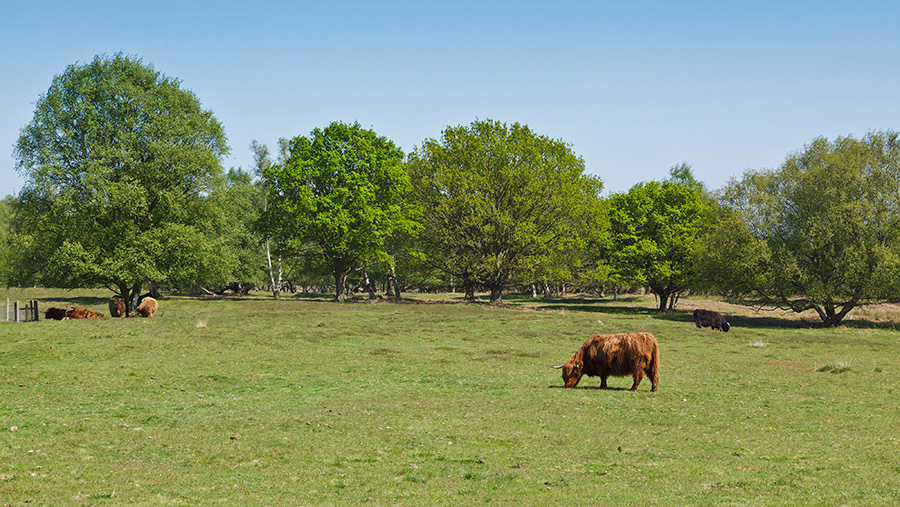 There are no significant agricultural buildings included in the sale, but seven houses – let on a variety of tenancies – bring in an income of about £30,000/year.

In addition to BPS payments, residential letting income and farm profits, a variety of existing rents and leases earn the estate a further £250,000/year.

Blythburgh will be sold as a whole and a guide price of £18m has been set.

Agents share their insight on the East Anglian land market

A flurry of quality farm launches in East Anglia in the past two months has prompted the question: “What’s driving the market?”

Farmers Weekly asked agents on the ground whether this was a trend, or just coincidence.

We have a number of large arable units for sale including 620 acres in West Norfolk near King’s Lynn, 620 acres near Long Sutton and 724 of silt at Holbeach.

It’s probably just symptomatic of the time of year and not necessarily an increase in supply.

Buyers have been quiet, and without a doubt the market has softened a bit pending the EU referendum, but the level of interest is there.

In terms of values, depending on the location we were guiding at £10,000/acre plus last year, and like other agents we are about 10% less than that this year.

Decisions to sell have been made later than usual this year and now we are getting a surge.

There are people who are looking at their businesses to work out what is the right way forward.

Commodity prices aren’t what they were and that affects profitability.

People buy farmland for a plethora of reasons; tax planning, people who want to own land and those who want a farming businesses.

One of those pillars may be weaker than it has been but there’s still a lot of money around.

Total areas of land for sale are similar to last year but there are some bigger blocks.

My understanding is the reasons for sale on these are predominantly policy driven.

Sales of the smaller blocks of 50-200 acres are perhaps more a consequence of people needing to strengthen their position – some are off-lying blocks that no longer stack up as part of the business.

Strengthening businesses is very much the focus with commodity prices where they are.