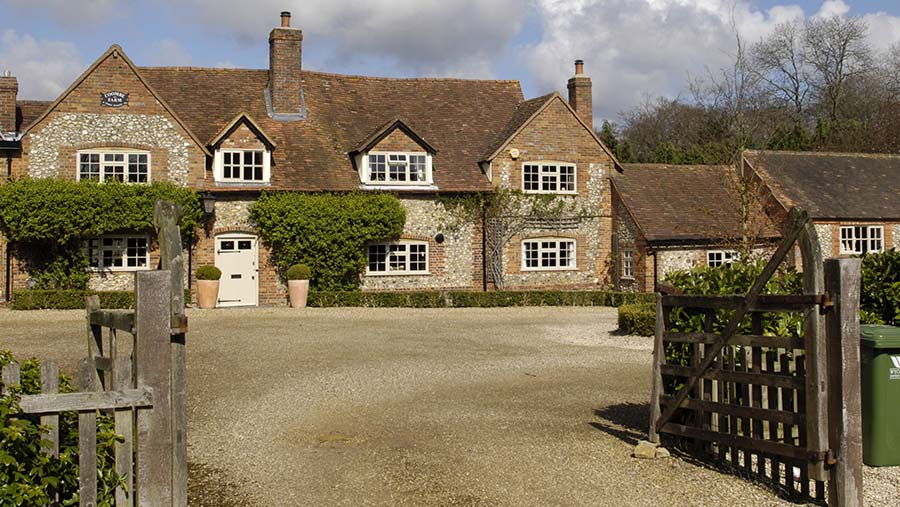 Non-farmer buyers have paid an average of £700/acre more for English farmland over the past five years, analysis of sales has shown.

Research from Strutt & Parker shows lifestyle buyers, investors (including overseas purchasers) bought a higher total number of acres from 2013 to 2017, but farmers were involved in more transactions.

The firm said the higher average price paid was due to the regions that non-farmers had been most active in; south-east England, the Midlands and counties close to London to the west.

For farmer buyers the quality and location of the land is of prime importance, whereas lifestyle buyers will be more likely to pay a premium for land including a substantial house.

Jason Beedell, Strutt and Parker’s rural research partner, said there were three main reasons why non-farmers had been prepared to pay more.

“Non-farmers also often pay a premium for the land due its ‘marriage value’ with the house, which means the additional value they attach to the land as a setting to the house or for privacy.”

The prices paid vary by farmland type too.

Some 22% per cent of arable land bought by non-farmers cost more than £12,000/acre compared with just 13% for farmers.

Non-farmers typically have bought larger farms too. The average size of their purchases has been larger – 525 acres compared with 322 acres.

Scroll over the pins on the infographic below to bring up regional figures.

The figures reveal a clear preference for the southern half of England as a destination for non-farmer buyers.

South-east England is the most popular destination for non-farmers, where they have bought nearly three quarters of the acres sold in the past five years.

Almost one-third of what they bought was over £12,000/acre compared with 18% of sales to farmers.

Alex Cornwallis, a Kent-based associate director with BTF Partnership, said most transactions his firm had been involved in planned to earn an income from the land and were not purely lifestyle buyers.

He said: “We are not seeing many individual city buyers who are just looking to invest, but we do see institutions investing from time to time especially in the larger blocks.

“There is, of course, interest from those with neighbouring residential property, but this tends to be on smaller parcels of land not the larger commercial farming parcels.”