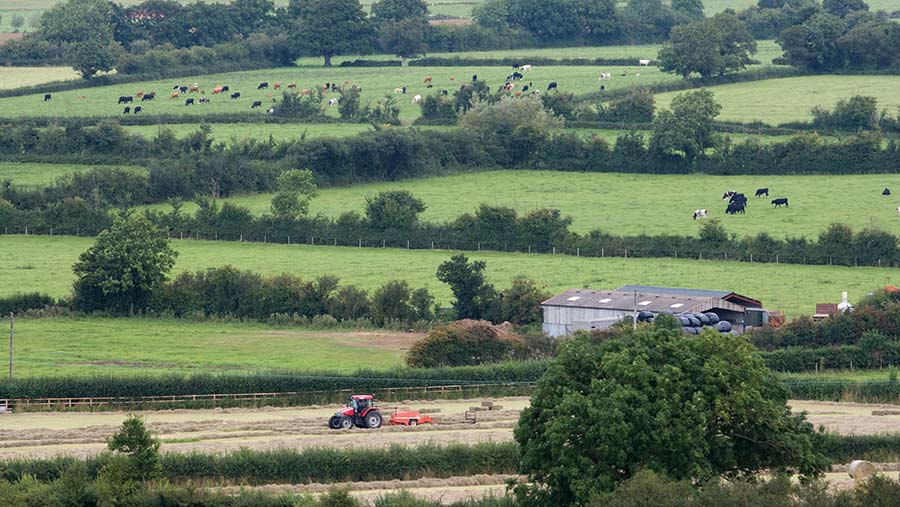 Private sales have become an increasingly significant part of the land and property market this year in an unexpected outcome of the Covid-19 pandemic.

Other vendors are holding on to their assets until the landscape becomes clearer, resulting in the lowest supply on record, while rural properties enjoy a huge uptake in interest.

Some agents are even encountering buyers with no prior knowledge of farming being tempted by large-scale holdings and paying a premium.

See also: So you want to… Buy a farm?

Despite the uncertainty of Covid-19, Brexit and agricultural policy reform, farmland values have remained strong, highlighting the underlying confidence in rural investments and the ongoing resilience of the sector, said Savills.

As well as fewer farmland opportunities for potential buyers, advertised farmland rental opportunities remain lower than average, with Savills figures showing publicly marketed supply is 28% down on the four-year average at just 14,700 acres for the year to date.

Just 46,000 acres of farmland have been launched on the open market in England so far this year – 29% less than in 2019 and 35% less than the five-year average, according to Strutt & Parker.

With little land expected to come forward for the rest of the year, it is now inevitable that 2020 will see the lowest amount of land publicly marketed on record, says Matthew Sudlow, head of estates and farm agency.

The biggest change seen this year is the growth in private sales, which the agent estimates now accounts for 35-40% of farms and estates changing hands.

Some vendors who had intended to sell on the open market chose to sell privately instead, where it was known buyers were interested, particularly when viewings were halted by the Covid-19 pandemic.

Demand from private investors and lifestyle buyers remains firm, but there is a smaller number of farmer buyers in the market.

“There is a belief among farmers that more land will come to the market next year, with cashflow already under pressure after a disappointing harvest and 2021 marking the start of the BPS phase out,” says Mr Sudlow.

“At the moment there is little firm evidence to suggest people are actively preparing to sell and the future is difficult to forecast, with the outcome of trade-deal negotiations with the EU likely to have a major influence on farm profitability.

“The outlook for the land market is also dependent on whether the chancellor announces changes to the capital tax regime at the next Budget in the spring.”

Yorkshire-based land agent Stephensons Rural said the recent explosion in demand for rural properties has seen farms of more than 500 acres commanding premium prices from buyers with no prior knowledge of farming.

With lower land and property values on average, buying in the north of England is seen as a bargain and urban dwellers have recognised the draw of rural life after the Covid-19 lockdown.

Stewart Hamilton, senior surveyor at Stephensons Rural, said: “What has changed recently is an expansion of demand, from farmhouses with up to 10 acres to a requirement of hundreds of acres, which is changing the face of the market.

“With 500-acre-plus blocks of high-grade arable land now commanding such premiums, there are compelling grounds for anyone wishing to retire from farming to do so immediately.

“Some may see this as a whimsical undermining of the agricultural sector, but this presents the ideal next step for the higher income earners to enjoy the countryside while funding rural communities more than ever before.”