Farmers are still the main buyers in England but only just, accounting for 52% of farms, estates and blocks of publicly marketed land larger than 100 acres last year.

Strutt & Parker’s Farmland Database records the details of all such sales, which shows that the proportion bought by lifestyle buyers and private investors has risen to its highest level, accounting for 47%.

This category includes investors buying for privacy and amenity, those who see land as a safe asset in which to store wealth, and capital gains tax rollover buyers.

The volume of land coming onto the market remained at record low levels during the first three months of the year, says Matthew Sudlow, head of estates and farm agency.

See also: Find out average farm rents where you live 2021

“With demand also remaining relatively robust, this means prices have remained virtually unchanged at an average of £9,200/acre for arable land and £7,000/acre for pasture. However, prices continue to be very variable around these averages, depending on supply and demand within a localised area.”

Mr Sudlow expects supply to increase during the second quarter of the year, compared with the same period in 2020. Private sales are also expected to continue to be popular, particularly for those selling residential farms and estates.

One of the most notable developments is the rise in the number of “green” buyers looking for farmland, on which to improve biodiversity, generate carbon credits, plant trees, rewild or run other conservation and carbon-offset projects, says Strutt & Parker.

“Interestingly, such buyers are starting to become active in lowland areas of England, as well as the uplands,” says Mr Sudlow. “Growth in environmental land investment is a trend we are also seeing in Scotland and Wales.” 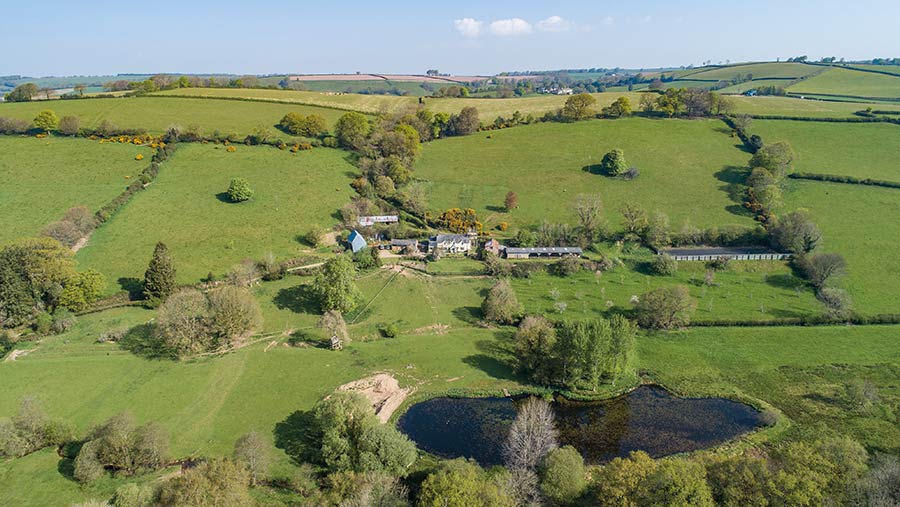 Among the land lots sold, farmers were the predominant buyers at 55%, while 25% were investors and 20% lifestyle buyers.

The firm’s head of farm agency George Alder says that while the previous two or three years had seen a drop off in lifestyle buyers, they are now returning.

“There has been an increase in lifestyle and private investors,” he says. “People are buying for conservation and in two cases for rewilding (one of these still to complete). With low interest rates, people are looking for secure investments and there are also buyers who have sold their businesses who want the same.”

The volume of land coming to the market was lower this spring than in 2020, says Mr Alder.

“Once things come to the market, that will give confidence to others,” he says. “But it’s possible there could be a delay to some people selling this year until more is known about the lump sum exit payment.”

Cheshire-based Tony Rimmer of Rostons does not expect to see more land coming to the market this year, but said there is strong demand for anything to buy or rent, particularly from the farming element.

“It’s always strong in our location and still predominantly farming money,” he says. “But we are seeing more non-farming interest in poorer land, such as flood meadow types.”

The growing interest in rural property and farms from buyers who want to move out of towns and cities to work remotely – also from investors – has seen some farmers sell up in the south-west of England and move to Scotland, says James Petty of Bell Ingram’s Aberdeen office.

While not previously unknown, this has been a noticeable recent trend, with one of Stags’ farm sales resulting in such a move.

Volume will remain tight this year, says Mr Petty, although there are possibly a few more offerings now than at this point in 2020.

“There could be a few sales that were deferred from last year. May and early June will be the telling time as to whether there is any significant increase in volume,” he says.

Strong demand means that what does come on the market in Aberdeenshire moves quickly to a closing date, says Mr Petty.

Demand from lifestyle and amenity buyers has risen, while forestry demand is very strong and is putting a level in the market as high as upland livestock buyers can pay.

“If more marginal livestock farms become less attractive for their traditional use, forestry buyers will sweep these up,” he says.