Grassland values in England are continuing to climb in a trend that has lasted for nearly a decade.

Analysis from Strutt & Parker’s Farmland Database shows the average price paid in 2017 was £7,500/acre but sales in the first quarter of 2018 – albeit from a small number of transactions – are close to £8,500/acre.

If the strong performance continues, it will be the ninth consecutive year in which average grassland values have risen.

See also: The land market in your area: West Midlands

Headline figures mask some regional variation – more sales at higher price bands are being seen in the South East, West Midlands and South West. Further north this has not been the case.

“We have not seen any dramatic spikes or troughs in values for a long time but scarcity of supply at the sub-200-acre level is gradually pushing prices up,” he said.

“Interest from farmer buyers tends to be mainly in units with good buildings and a modest house.

“The price point where farmers are most active seems to be £2m to £3m for grassland farms.”

“Both are recently launched but have already attracted good numbers of viewings from genuine farmers and we anticipate offers in the next week or so.”

Mike Taylor, senior partner at West Midlands-based Barbers Rural, said there were features of the market that had changed in the past few years.

“Supply has slowed because we’re finding that people are leasing their land so they can continue to claim entitlements rather than selling up, even if they have retired,” he said.

“The general volume of transactions has diminished. That’s true of both pasture and arable sales.”

He added that money from the sale of land to property developers was also influencing the market and that scale was a factor.

“The first thing farmers do is look to buy more land, because that’s what they know and there are obvious tax benefits.

“We’re finding that blocks of fewer than 50 acres in inaccessible locations can be tricky to sell but parcels and farms over 50 acres will see people willing to travel to have a look at them.”

Stags partner George Alder said pasture prices in his Devon and Cornwall patch had held fairly firm and that quality and supply were the biggest factors.

“Supply is quite low so values are sticking where they are, with some of the wetter, less-productive land attracting less interest.” 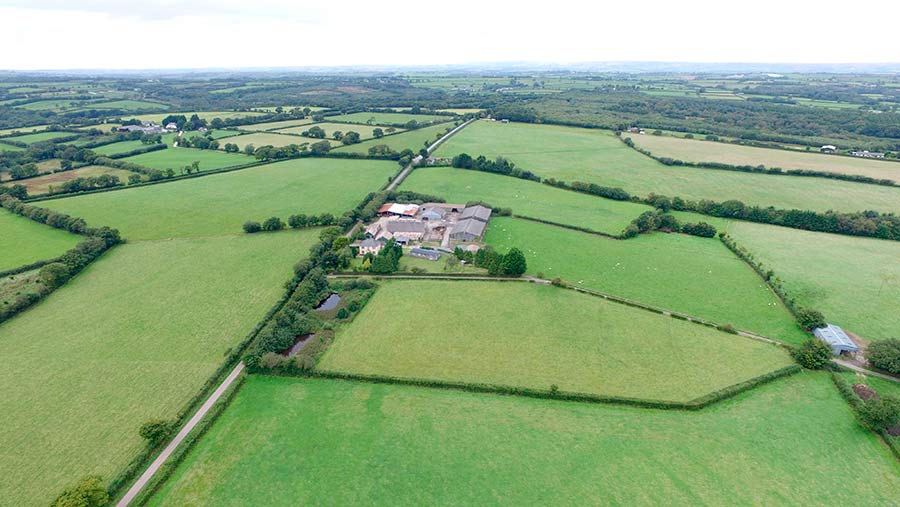 Broadridge Farm at Witheridge, near Tiverton in Devon, is one of the latest grassland farms to hit the market, launched during the last weekend of May.

Stags says that as well as being a productive unit with 178 acres, there is some diversification potential in the form of woodland and three fishing lakes.

It comes with an extensive range of good livestock buildings and a four-bedroom farmhouse.