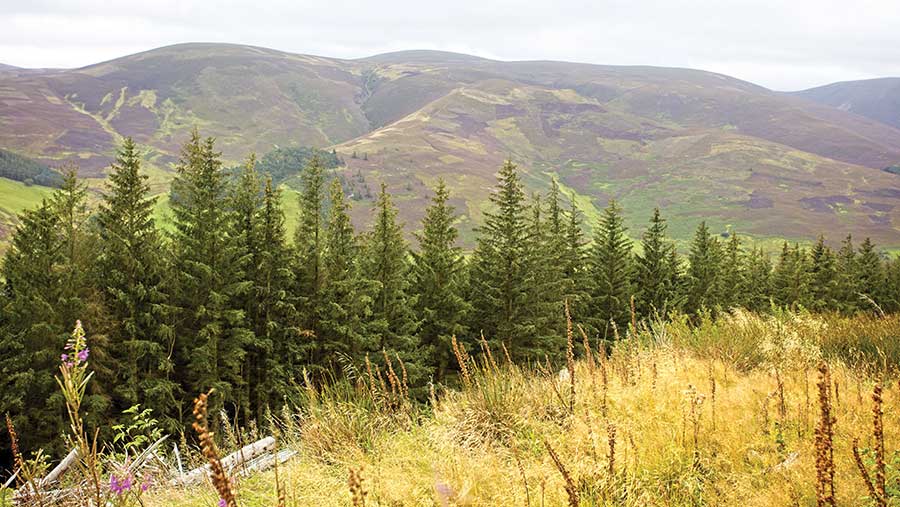 Forestry trading has hit record levels, with competitive bidding for properties leading to a doubling of average values in 12 months.

According to the annual UK Forest Market Report, a total of £200m of property changed hands between the end of September 2019 and October 2020.

Scotland provided 69% of the commercial forest market by value, according to the report by timber specialist Tilhill and market expert John Clegg & Co.

He said it was due to the relatively stable nature of forestry investment, the opportunity for long-term returns and an influx of new investors.

New investors were attracted by carbon and wider environmental, social and governance objectives that could be met by forestry, Mr Adkins said.

“The carbon story has been significant this year, with many institutions exploring how offsetting through woodland creation fits into their long-term plans,” he said.

In addition, the wider commitment to Environmental, Social and Governance (ESG) in corporate planning, and renewed interest in natural capital accounting, are key.

John Clegg & Co director Fenning Welstead said it had been the most extraordinary year in his working life.

Based on a direct comparison between 2019 and 2020, the average value of commercial forestry rose strongly, Mr Welstead said.

This was a 58% increase compared with 2019 and down to record prices being paid for prime forestry and some large, individual transactions.

By value, 69% of the commercial forestry market was in Scotland.

England made up 5% of sales, while Wales contributed 26% – a higher figure than normal, due mainly to one very large sale.

There was a wide range of property scales sold, with 10 fetching above £5m and 11 properties selling for less than £500,000.

According to Tilhill lead analyst Bruce Richardson, the most striking story was the level of interest shown in younger restock sites as opposed to more mature forests.

Mr Richardson attributed a higher unit price an acre for this type of woodland to high-quality lots in prime locations coming on to the market.

But he said it was also due to investor confidence being boosted by higher yield and better forms of spruce varieties after years of genetic improvement.

The mixed woodland market is strongly influenced by the immediate setting and local demand rather than the national and international drivers of the commercial sector.

This year has seen less mixed woodland on offer due to both economic uncertainty and Covid-19 travel restrictions.

Sales dropped by one-third from 44 transactions last year to 30 across the UK in 2020.

These covered 1,853 acres, with an average property size of 62 acres.

North of the border, prices have shown greater variability over the four years but averaged  £1,500/acre in 2020.

The differences between the lowest and highest value properties is more than tenfold due to factors such as ease of access, species composition, biodiversity quality and the subjective evaluation of attractiveness.

Maximising the value of smaller woodlands

Planting of new woodlands in 2020 has probably been restricted by a mix of factors, including Covid-19, continuing uncertainty about Brexit and wider economic ructions.

In the 12 months to March 2020, the total area planted remained static at 32,864 acres, of which 57% was in conifers, reflecting the main interest of commercial investors.

New plantings in Scotland accounted for 82% of the overall area. Of this, 67% was in conifers. 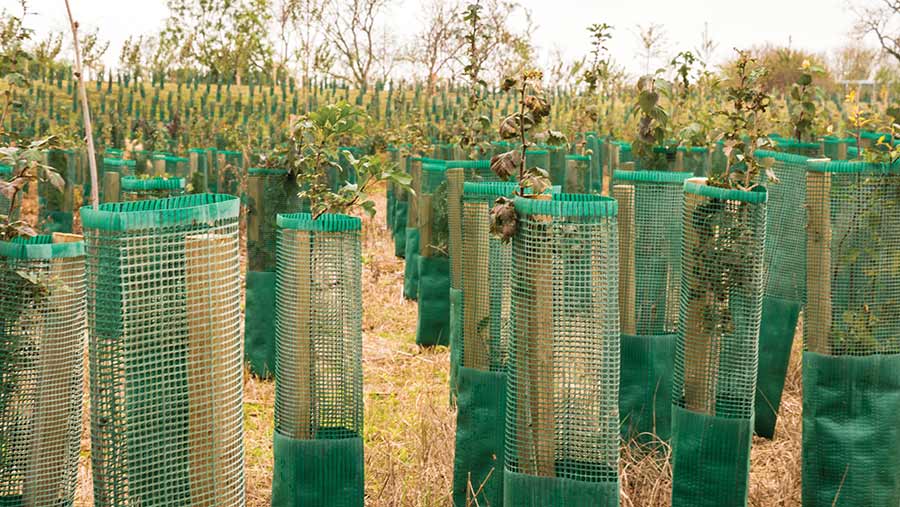 Despite planting just 5,757 acres (18%) of the Great Britain total, in England the figure follows an upward trend in recent years and a 61% increase on the 3,508 acres in the previous 12 months.

In contrast to Scotland, only 10% of the land planted in England was to conifer species.

In Wales, only 198 acres was planted, the lowest annual figure seen in 50 years.

This was split evenly between commercial and broadleaf schemes.

The main hold-up seems to be in the speed of processing grant applications, Mr Richardson said.

Encouragingly in 2020, the grant window was two times oversubscribed, and a new grant window, due later in 2020, is attracting considerable interest.

In the past 15 years, there has been a four-fold rise in stumpage values to £8,093/acre, said Tilhill timber buying director Harry Stevens. For best-quality timber, this rises sharply.

Stumpage is the price paid for the right to harvest timber from an area.

A key driver has been government incentives for biomass production, in particular for small roundwood, Mr Stevens said.

However, demand is likely to even out as incentives level, which should result in a maturing of this market and perhaps some price stability.

For sawn products, the market will continue to be dominated by imports, which largely set the market price.

That means sawn prices will be dictated by what is happening with Baltic wood and world demand, Mr Stevens said.

“Looking further ahead, it is encouraging to see the results of planting improved stock in the forest with improved form, vigour, and light branching habits,” he added.

“It is obvious that there will be a considerable increase in value to the grower, but I expect we are still 10 years away from substantial production from these stands.”