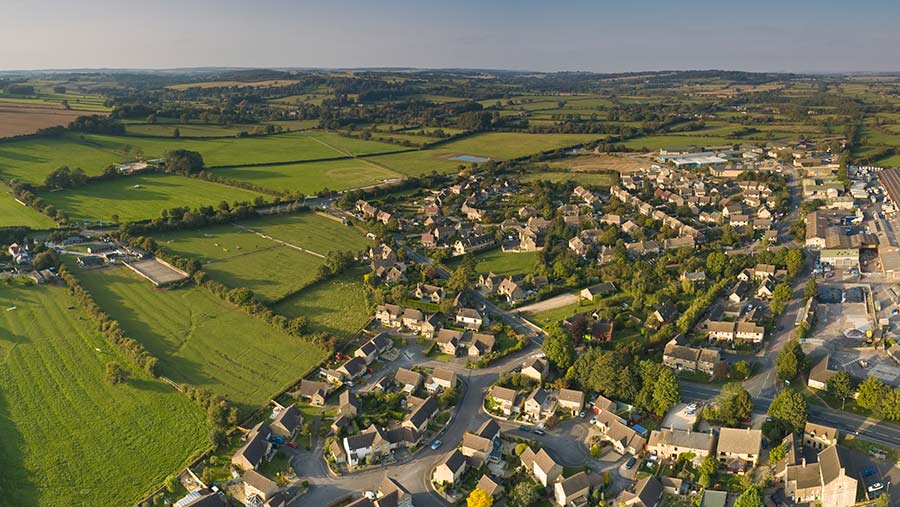 Demand for farmland for development into garden villages is on the rise. Developers are increasingly looking to obtain traditionally greenfield locations to develop into self-contained settlements in rural areas.

Garden villages are new sites with their own infrastructure in places that are not normally considered suitable for development as they are not adjoining any major settlement.

Improvements in rural broadband and a significant increase in people homeworking has meant access to the major settlements is now less important.

The advancement of these sites has grown since the government first outlined its support for 14 of these projects round England in 2017.

Andrew Jenkinson, partner at Robinson & Hall, said: “This is where government policy is beginning to focus when looking at development.

“We can’t just keep adding to the edges of towns and villages as they do not have the infrastructure for continued expansion.”

The first few developments using this new concept have now received planning permission and the house builders, in particular the large public limited companies, like the concept because it allows them to provide a significant number of properties over the long term, according to Robinson & Hall.

The advantage to the local councils is that it provides an opportunity to locate housing away from further expansion on the edges of existing urban areas and provides a long-term solution to their five-year housing supply needs.

“Farmers could sell their land for a price in the region of £150,000-£200,000/acre on a gross acre basis, because you’re not only putting in houses, but you are also putting in complete villages with roads, schools and shops,” Mr Jenkinson said.

The most suitable locations have good rail and road links and will have a limited visual impact on the surrounding area. There are some areas which are unsuitable, such as Areas of Outstanding Natural Beauty and flood zones.

Multiple landowners are often involved in each location, with small developments ranging from 200 to 600 acres, while larger sites can cover in excess of 2,000 acres.

The Oxford to Cambridge Arc has been outlined as a key development area by the government, and there has been considerable interest from every council in the region for proposals to build garden villages.

The government is also interested in proposals elsewhere in the country, in particular the target growth areas covered by the “northern powerhouse” and “Midlands engine”.

Landowners can be approached directly by developers or contracted by land agents who may have spotted potential in a particular location.

Mr Jenkinson suggests landowners talk to a trusted adviser if approached with a proposal. These projects are quite specialist, so landowners should seek advice from a land agent and solicitor.

If the project involves multiple landowners, individuals will need to join together and come to a common agreement.

Talking and communication between different parties is crucial for success.

It is also important to have a written collaboration agreement in place between the different owners and agree how the proceeds will be split between different landowners.

Agreeing the collaboration agreement between the landowners can often be more complicated and time-consuming, because individual landowners will have different business structures and aims.

Multiple landowners can be involved in one sale, and that can remain relatively straightforward from a tax perspective. However, the process can get more complicated for multi-phased approaches where a site is expended in several phases over a longer period of time, with different landowners selling land at different times.

Bedford Borough Council has released its consultation on its local plan to 2040. This considers the provision for growth in the area for housing.

The council is aiming to build 25,500 new dwellings over a 20-year period from 2020 to 2040. To help reach this target, three of the four preferred options include at least one garden village site.

“There is an opportunity for landowners which should be explored even if you decide to not proceed,” Mr Jenkinson says.

“The previous reliance on edge-of-settlement development is no longer the case but structuring these agreements is complicated, especially when considering that some of the larger developments could take 30 years to build out in full.”