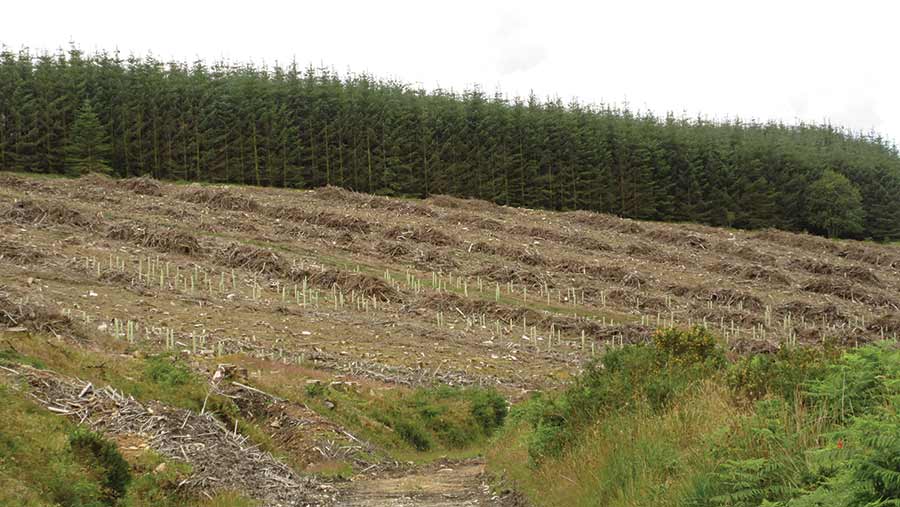 A strong outlook for the UK timber market is behind the slow supply of commercial forestry in 2017.

Owners are choosing to retain rather than sell as a weak pound makes imports expensive and domestic housebuilding initiatives continue to hold up timber values.

Investors have seen strong returns for two decades, and despite some predictions that the top of the market may be close, few are choosing to cash in their chips.

Savills says the number of publicly marketed acres were down 41% at the halfway point of the year and industry experts predict a third consecutive annual drop in supply.

Investors holding what they have

James Adamson, head of UK forestry investment for Savills, said the recent downturn in supply could largely be attributed to the market’s future prospects.

“There’s such a good case to have a forest that if you have one you are less likely to sell it,” he said.

He added that there were a handful of long-term investors who have seen 15 years of capital appreciation and were now deciding to put their money elsewhere.

But as most are holding on to what they have or looking to expand, strong demand is leading to big prices being paid for quality offerings.

“At the same time, housebuilding is picking up, with 200,000 new homes being built every year, increasingly with timber-framed techniques. It’s demand that’s locked in by government initiatives.”

Mr Adamson says the 7% annualised growth in forestry’s capital values is likely to slow but will not come “crashing down”.

“Timber prices are the biggest single influence on the market value of forestry and there are a lot of people thinking that in the next 20-30 years there is lot of scope for growth in timber prices.”

For those looking to buy, the choice of quality offerings is thin.

Forestry firm John Clegg & Co agrees with Savills on the drop in supply, adding that top offerings are few and far between.

Firm partner Mike Tustin said: “Anything on the market has sold pretty quickly for prices well in excess of the guide – this shows us that demand is high.

“However, supply of product is lower than previous years and so a large number of people are focused on a relatively small number of property sales. This is particularly noticeable on the better-quality properties.”

He said supply of forests of “real quality” was probably down further on the 41% figure.

“Instability in the economy, low interest rates and poor exchange rates all encourage people to hang on to forestry assets due to the perception that while returns can sometimes go down due to other circumstances, a forestry investment is still rock solid, assuming that a good property is owned,” he added.

He used the example of Lethem and the Hass – a well-located, 1,925-acre conifer forest in the Scottish Borders, which has just gone under offer above the £5.825m guide price.

Buyers looking for forestry investments in England may be interested in two recently announced sales.

Commercial planting at Dipton Wood in Northumberland took place in the 1940s and 50s and is now predominantly populated with Scots pine alongside Sitka spruce and small quantities of hybrid larch and Corsican pine. 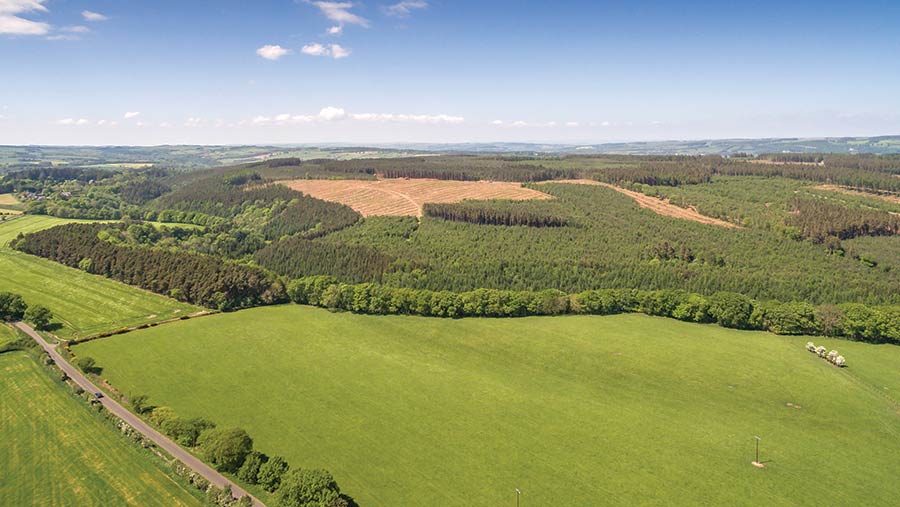 Positioned on a sloping site near Hexham, harvesting should be possible across the whole 560-acre site.

Recently cleared land means it is possible for the buyer to begin replanting straight away, and some mature populations are ready to fell.

A £1.6m guide price has been set for Dipton by joint agents Savills and John Clegg & Co.

Selling agent John Clegg & Co says there has been extensive felling throughout with coupes having been restocked. These are establishing well.

Offers about £1.05m are being invited.