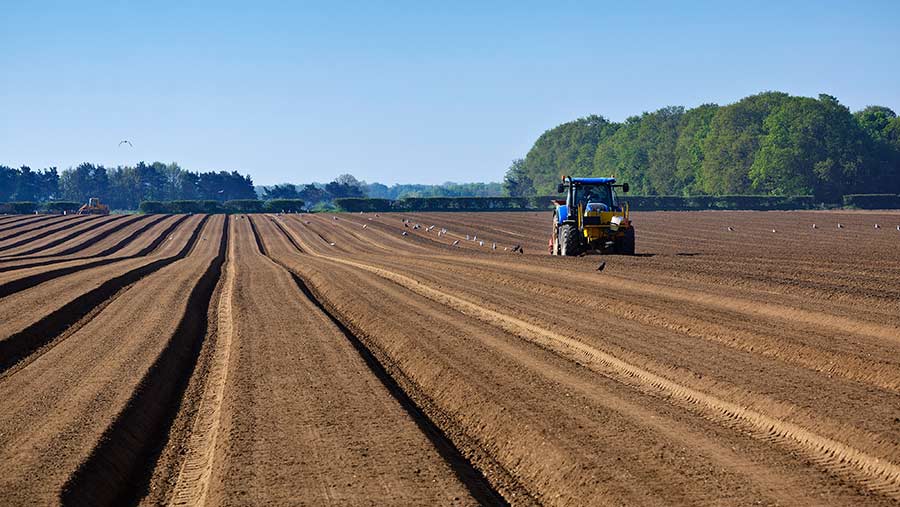 More than 1,650 acres of quality Suffolk farmland is being sold for the first time in more than a century as the Sutton Hall Estate near Woodbridge hits the market with a £31.5m price tag.

It has been in Sir Guy Quilter’s family since the late 1800s, but he and wife Jenny have decided to call time on their ownership after a 26-year programme of improvement.

See also: Farm succession advice – ‘fair’ and ‘equal’ may not be the same thing

The 2,177-acre estate’s natural successors, the Quilter’s three sons, have interests away from agriculture. This has played a significant role in the couple’s “very difficult decision” to sell up.

Sir Guy told Farmers Weekly the installation of a ring main to irrigate the entire arable acreage was one of the landmark improvements he has made. 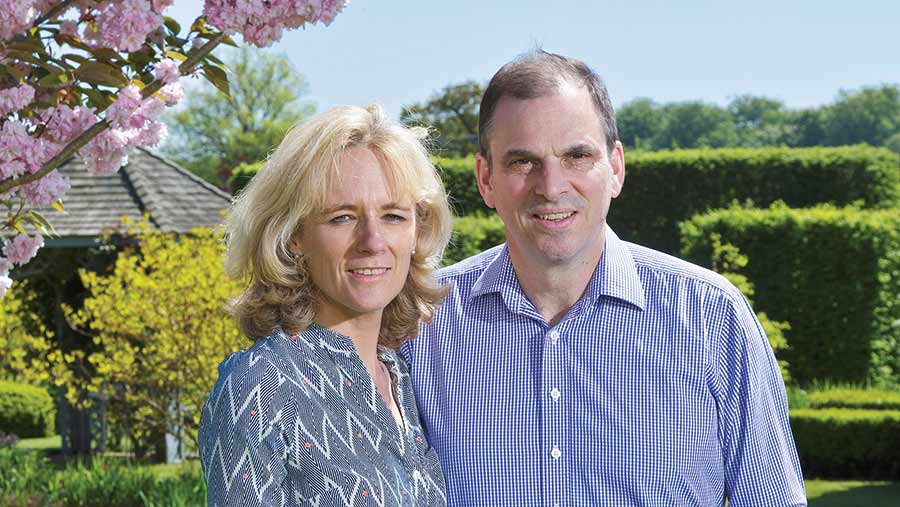 “We built two reservoirs with a combined capacity of 60m gallons and put in a ring main to cover the whole farm, which was completed in 1997,” he said.

“We’re on Grade 3 and 4 land here, so the irrigation was key to the flexibility of cropping.”

About 1,430 acres of the estate are in arable, which has been managed by the same contractor for more than 20 years. 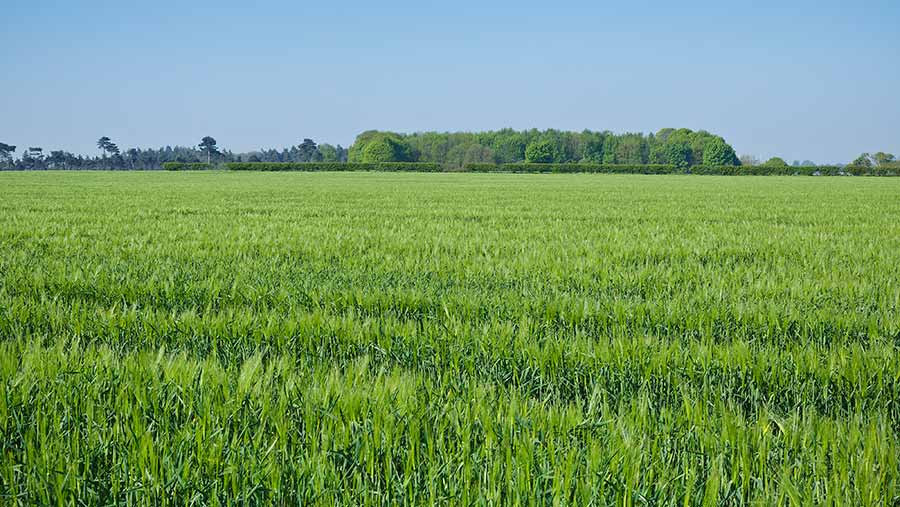 Most crops are grown under contract or sold at harvest, limiting the requirement for grain and vegetable storage, and production is aided by the frost protection delivered by its coastal location. Cropping has also included carrots, onions, parsnips and turf production.

The balance of the acreage is in 242 acres of pasture – let on seasonal licences – and 380 acres of well-managed woodland that was replanted after the 1987 storms. 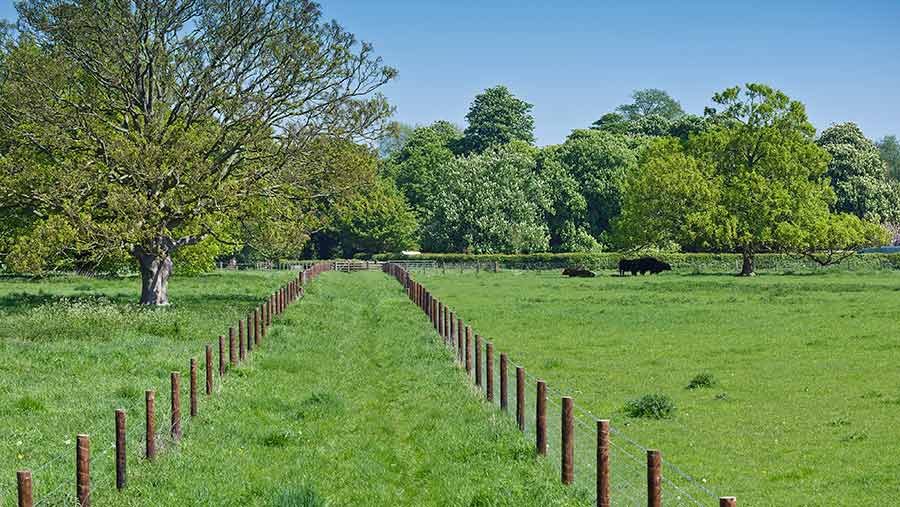 Income diversity comes from 11 let houses that have been renovated, as has the Grade II-listed Sutton Hall.

“There is room for further estate diversification such as using it as a wedding venue or tourism. We have been approached by lots of people, but we haven’t overcommercialised it,” said Mrs Quilter.

Sale as a whole or in two

The family hopes the estate will appeal to buyers as a whole, but it could sell as two well-proportioned separate estates. They feel it suits an investor or wealthy individuals seeking a lifestyle asset. 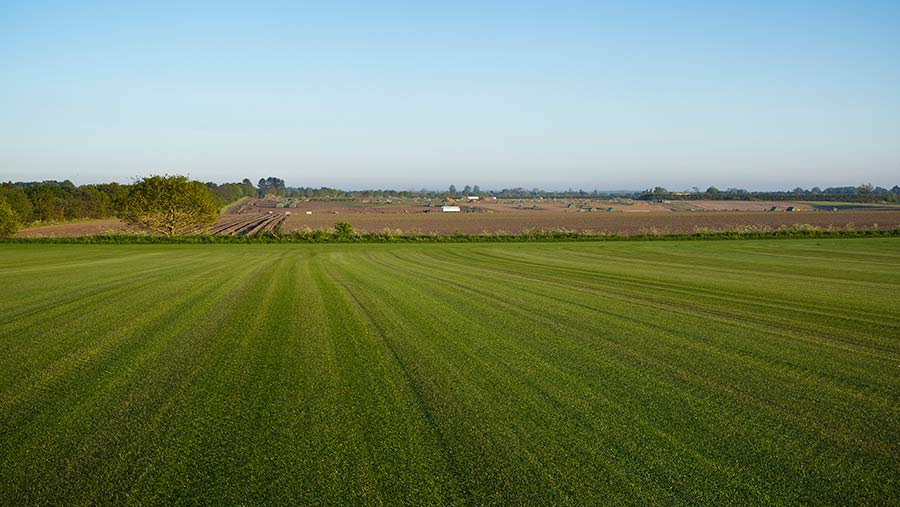 “Spreading your risk with lots of diversified income streams is very important as we look towards a shift away from direct support,” he said.

“Having so many high-value cropping options means you can create a really varied rotation that doesn’t put too much stress on the land.” 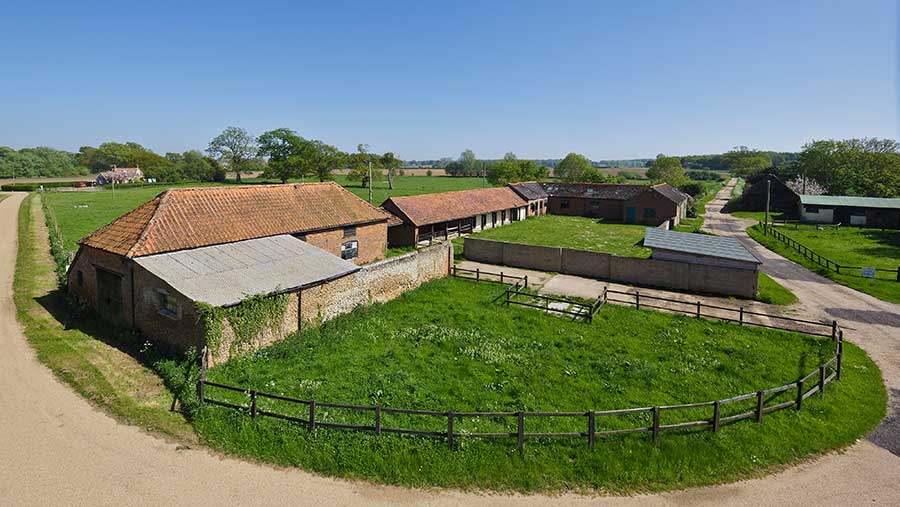 The decision to sell has not been taken lightly, but the Quilters feel it is right.

“People can hang on to estates because it is their duty and expectation to and sometimes you can end up passing it to someone who doesn’t want the responsibility,” said Sir Guy.

“If you’re not completely comfortable running a place like this you can get it wrong very easily. History is littered with estates that have turned to dust within a generation.

“We feel very lucky to have had the opportunity and I’m really proud of what we’ve achieved, but it feels like we’ve done as much as we’re comfortable doing without changing the nature of the estate.”