The UK land market has been more active in 2021, with the marketplace adapting fast to growing interest from environmental buyers and properties increasingly being launched year-round.

Supply has jumped compared with the reduced levels seen in 2020, although it still remains behind pre-pandemic levels.

Prices remain high with demand regularly outweighing supply, and there has also been an increase in the number of private sales.

Properties with a more diverse portfolio and multiple revenue streams have attracted the most interest, say agents. Plenty of smaller properties have been available, but larger commercial farms remain in tighter supply. 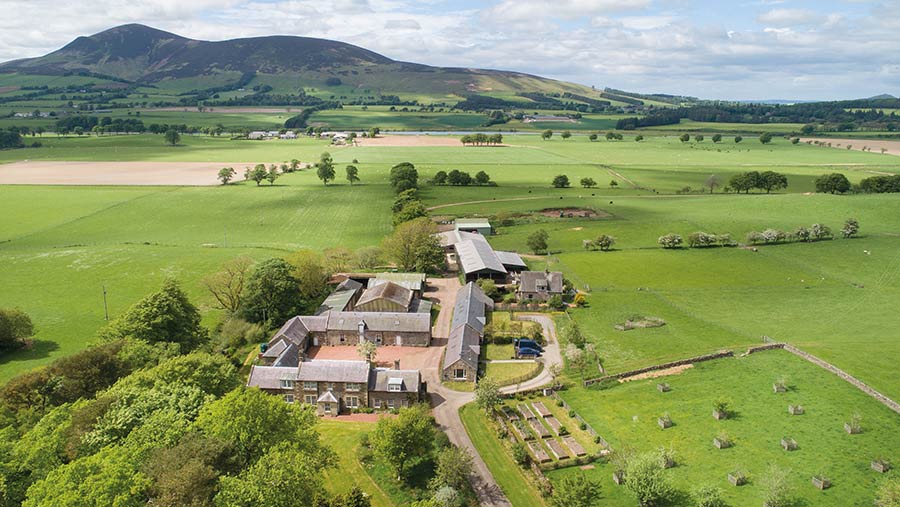 Overburns Farm, Lamington, in Lanarkshire was launched by Savills in August, guided in excess of £2.5m and is currently under offer.

The grassland farm included a five-bedroom house, three holiday cottages, fishing rights on the River Clyde, and a range of agricultural buildings.

Savills associate director Luke French comments: “Given the farm being in close proximity to the M74 and the South, it attracted 30% of its viewers from England, highlighting its readily accessible location.

“Overburns appealed to local farmers looking to add additional acres to an existing unit, but also provided the opportunity for a lifestyle purchaser to generate diversified income from letting both land and cottages while enjoying the benefits of countryside living.” 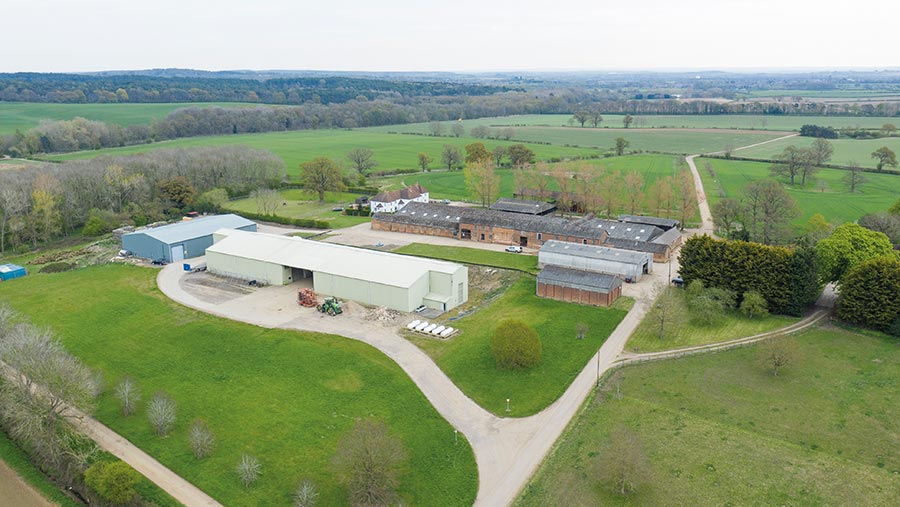 Beckerings Park Estate, Lidlington, in Bedfordshire was sold by Strutt & Parker in June with a guide price of £17m.

“The Beckerings Park Estate stands out from the crowd in terms of both its scale and exceptional diversity, making it one of the best commercial farms I have sold.”

“There have been relatively few 1,000-plus-acre farms and estates available on the open market in 2021, and agriculturally it is a very versatile and high-yielding farm. In addition, it offered a range of other income streams, with the sale including a business park, six residential cottages and a commercial shoot.

“The sale was also unusual in that it is actually the second time I have sold this property – the first time being in 2011.” 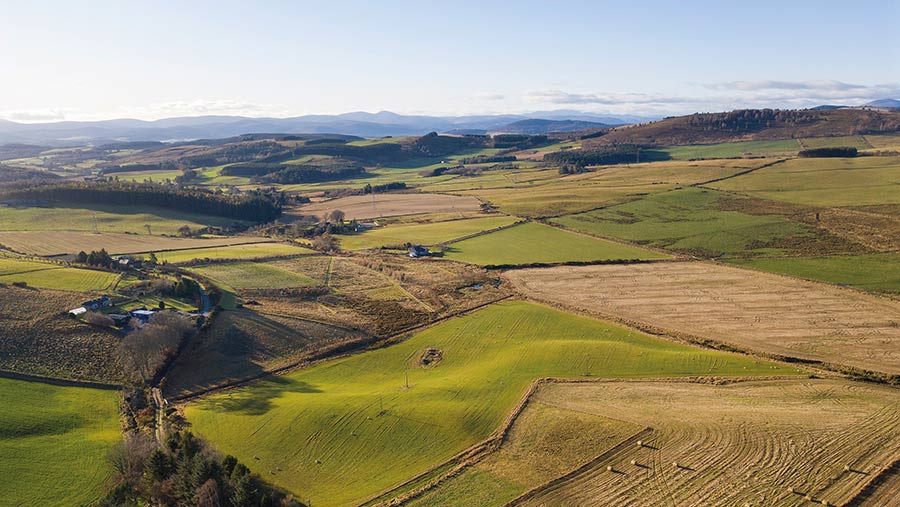 Craigenhigh & Tolmauds, Torphins, in Aberdeenshire was advertised by Bidwells for offers in excess of £875,000. It included 69 acres of arable land, 109 acres of grass leys, and forestry planting potential.

The Bidwells team said Craigenhigh & Tolmauds was a standout sale for three reasons: it sold very quickly (launched mid-December 2020 and sale completed by the end of March 2021); it sold above the asking price (with several offers for the whole and separate lots); and it illustrated how buoyant the market was for land offering entry to the natural capital investment sector.

Most of the offers received at the closing date were from parties with afforestation aspirations.

In the past, demand would probably have been limited to local agricultural businesses which might not have been able to generate a significant return from the land, which in turn would have been reflected in their offers, said Bidwells 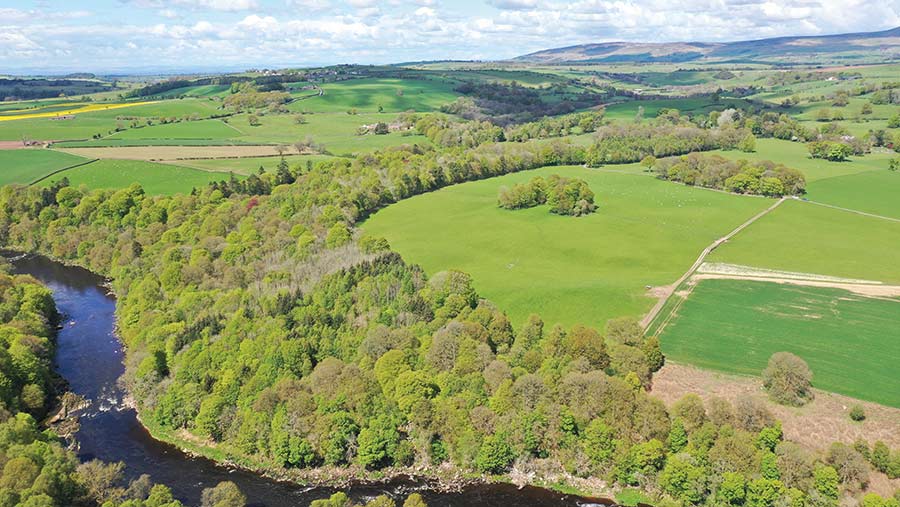 The Staffield Estate, Penrith, in Cumbria was advertised by Carter Jonas in June with a guide price of £2.25m and is under offer.

It has 495 acres with a principal farmstead and a secondary farmstead nearby, two houses, a licensed shoot, grass parkland, arable cropping land and grazing land.

Carter Jonas said the sale of the Staffield Estate represented a rare opportunity to acquire a mixed agricultural investment, sporting and forestry estate in the picturesque Eden Valley.

Owned by the same family since the early 1900s, the majority of the estate comprised Staffield Old Hall Farm, which was let on a secure first succession Agricultural Holdings Act 1986 tenancy.

Very few investment estates of this quality come to the market and Staffield was a very strong proposition for buyers looking to invest in farmland and property, according to Carter Jonas. 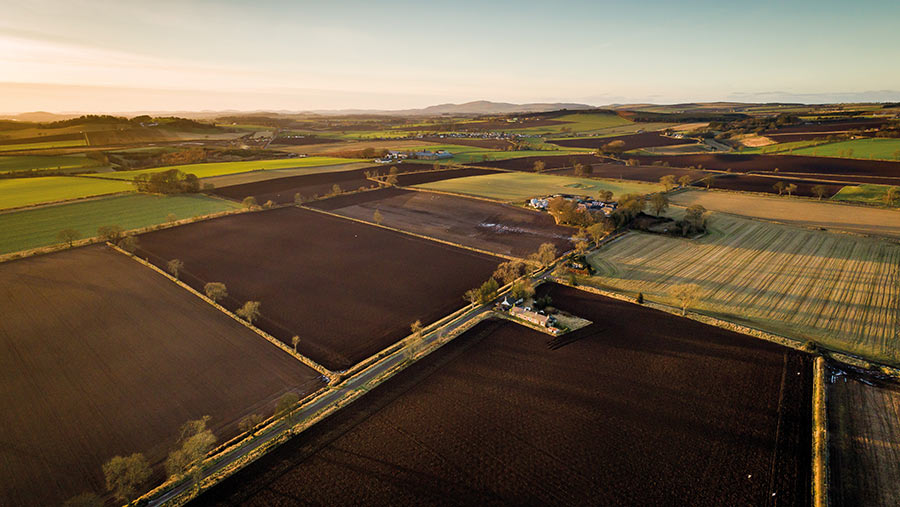 Carlungie Farm, Carnoustie, in Angus, came to the market in February for offers in excess of £4.9m and was sold by Galbraith to a neighbouring farmer expanding their existing enterprise, after attracting considerable interest.

The plot had a four-bedroom house, five cottages, and 287 acres of predominantly grade two arable land.

Ian Hope, a partner with Galbraith, said: “The combination of highly productive land, a desirable principal farmhouse, the income potential from the cottages and the situation of the property, amid beautiful scenery in Scotland’s most renowned agricultural area, generated a huge amount of interest.” 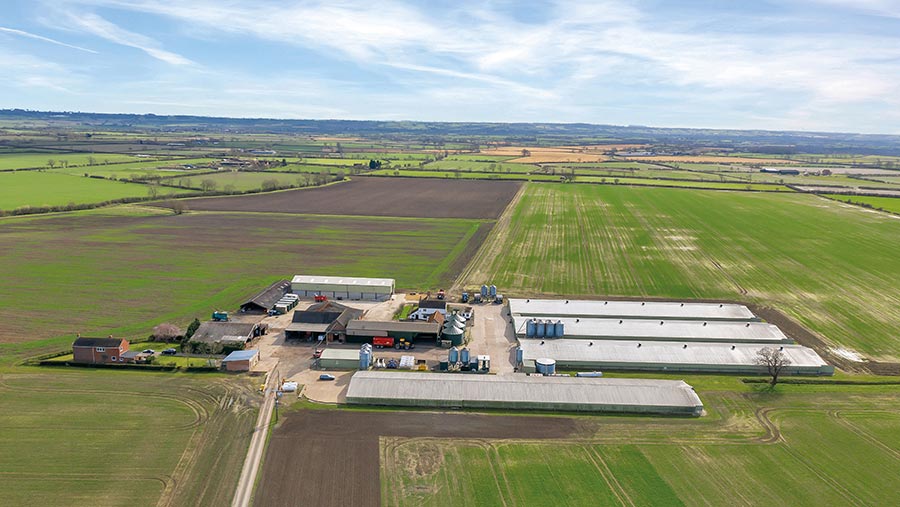 Hall Farm, Langar, in Nottinghamshire was marketed by Fisher German with a guide price of 4.95m.

The holding included four biomass boilers, a 150,000-bird broiler unit and 285 acres of arable land in a ring-fenced block.

The property sold for well in excess of the guide price, with strong interest from around the UK, due to its location and diverse range of income streams. 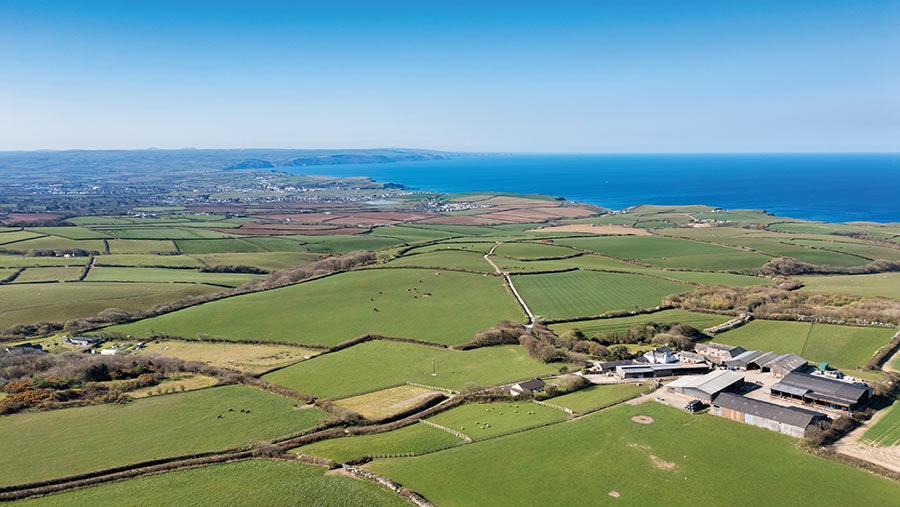 Scadghill Farm, Bude, in Cornwall was sold by DR Kivell in September close to its £3.25m guide price, to a farmer looking to expand their existing business.

The farm stood out due to it being located in a tourism hotspot with sea views and in an area of outstanding natural beauty, and offering lots of diversified income, said DR Kivell. 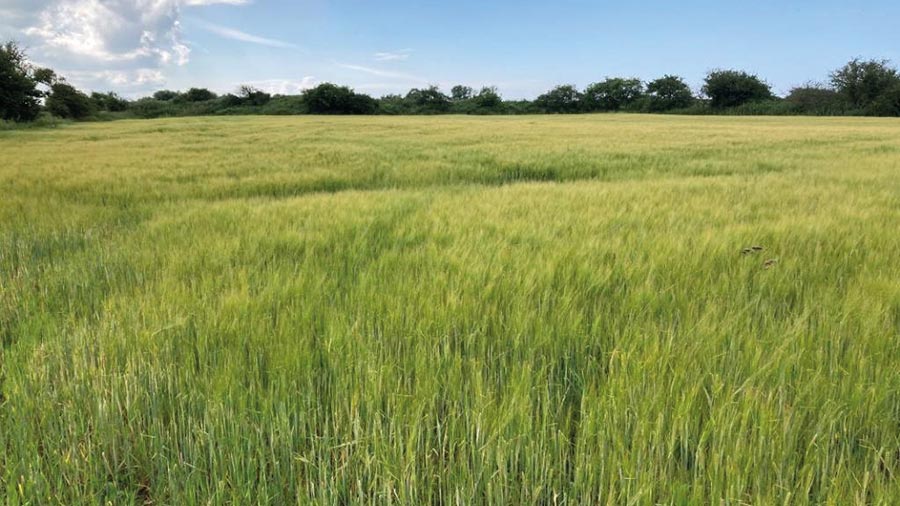 A second plot of seven acres sold at the online auction for £138,000 after attracting 44 bids.

Andrew Fundell, partner at Brown & Co, said: “This method of sale by unconditional online auction has been extremely successful and showed there is a real appetite among buyers for small parcels of land.”