Demand is outstripping supply in the south-east of England despite an increase in the number of acres marketed.

Savills data shows a small increase in the number of acres advertised so far this year but agents say there has been a shortfall in stock in some areas.

Strong demand is evident for commercial farms but a few potential sales have been held back amid Brexit uncertainty.

See also: The land market where you live: Wales

Values have held firm in both the grassland and arable markets, with rollover buyers active after profiting from the region’s house-building drive.

More of the same is expected in the first half of 2019, with agents pinning their hopes on a busy summer and autumn. 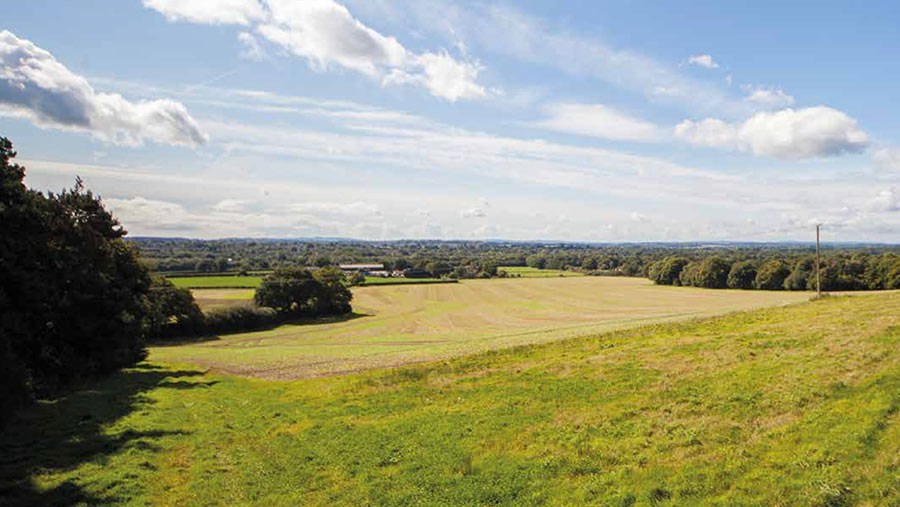 Woolley & Wallis says values have not dropped away as many had predicted, using Home Farm in Bramshaw, Hampshire, as an example. It achieved significantly more than the £2.6m guide price during the summer.

The first half of the year was wet and cold with very little activity. The second half has seen much greater activity but with a lower level of confidence, which has, in some instances, affected prices.

One observation is that potential sellers have expectations that are greater than the current market conditions dictate.

There are plenty of buyers for large commercial farms, mostly funded by the proceeds of development looking to rollover the money back into farming.

My prediction for 2019 is that it will be a quiet start in the first quarter and once the Brexit date is behind us, greater activity will occur.

The south-east has been a tale of frustration driven by a lack of stock across the region which is likely to continue as we stagger towards Brexit.

The instability caused by political uncertainty only adds to the reluctance of vendors to put their heads above the parapet, and demand continues to outstrip supply by some margin.

Land prices are still experiencing significant differential across the region with, for example, arable land in Hampshire regularly significantly higher than those counties further south and east.

There has been a considerable rise in the number of rollover buyers.

We do not see appetite from these sectors dampening but supply is unlikely to increase significantly until there is more political stability, possibly in the second half of next year.