Over the past two years land agents have seen an increase in the amount of farmland being sold for rewilding, tree planting, and carbon offsetting.

There are more buyers active in the marketplace, which include larger corporations looking to offset their carbon footprint and investors looking for a new venture.

The farmland in demand varies, both in terms of size and current use. There has been interest in both small plots of land and larger farms covering several hundred acres.

In terms of land type, good arable land, hill land and even flood plains have been attracting interest.

See also: What’s the market like for farms with natural capital?

Hill farms and bare land have been sold for tree planting in Wales and Scotland for several years now, and demand from commercial forestry investors has continued to grow.

By comparison, this is a relatively new type of buyer for England, and the growing interest in carbon offsetting is likely to increase interest in all land types, including better-quality farmland.

Carter Jonas has had several recent instances of traditional farmland being sold for environmental schemes.

“The larger blocks of commercial upland farming units have risen in value from around £1,000/acre to £1,500/acre now. That increase in price is underpinned by the biodiversity offset market,” says Mr Johnson.

Pastureland at Green Hammerton, near York, is currently under offer with Carter Jonas. The block of established grassland totalling 66 acres runs alongside the River Nidd and is prone to flooding.

A number of parties have been interested in the site, with several potential bidders wanting to rewild the land and create nature habitats to offset their own carbon footprints.

Nethergill Farm, Oughtershaw, in the Yorkshire Dales was sold by Carter Jonas last year for just under its guide price of £1.3m. The 377-acre farm was purchased to create an eco-tourism destination.

The current owners have been developing the land into high nature-value farmland with increased tree planting, meadow restoration and nest boxes. 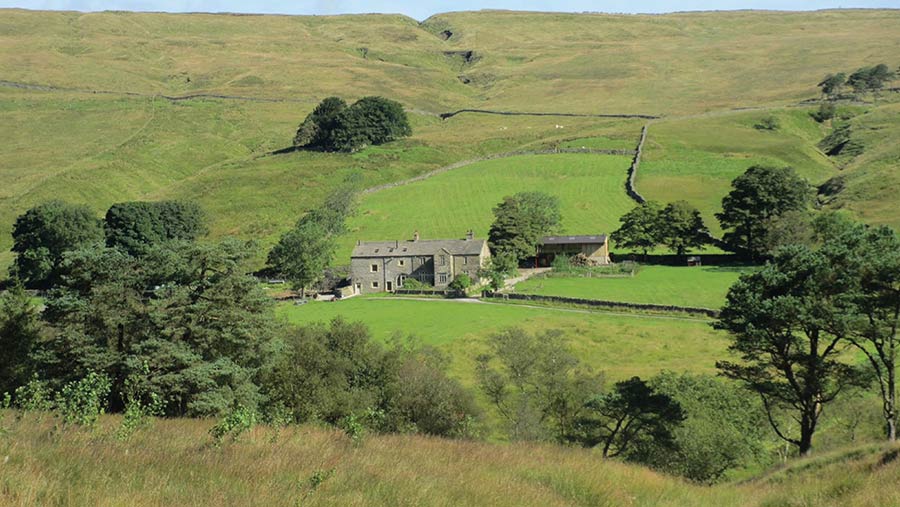 Clowance Barton Farm, Camborne, in Cornwall was sold to a buyer who plans to rewild it over time. The holding has 265 acres, which included predominantly high-quality arable land with some amenity woodland.

Andrew Chandler, partner at Carter Jonas, says the post-Covid-19 world has driven quite a large number of buyers into south-east England that are carbon offset-led.

Purchasers are building a development, and then they are looking to acquire land in the same planning district to plant trees on and offset their carbon use.

“Land is also being bought for other amenity purposes such as dog-walking fields, camping, tree planting, leisure, and forest schools – with all sorts of different buyers.

“Carbon offsetters are generally looking for more marginal land. Prime land suitable for food production will interest these buyers to a level, but farmers buyers are currently out-competing them for price.”

Features such as rivers, woodland, coppices, and bogs can make land more attractive to environmental buyers.

It doesn’t really matter if the ground is wet, rough, or uncared for, as these buyers are looking for anything that creates a habitat and makes it more interesting.

They want to purchase something that has got some appeal and character, according to Mr Chandler.

Benhams Field, Shortheath Lane, in Sulhamstead was recently sold by Carter Jonas for £350,000 for 34 acres of pasture land, which was well above its guide price of £300,000.

The price was pushed up by strong interest from developers looking at natural capital and carbon offsetting. 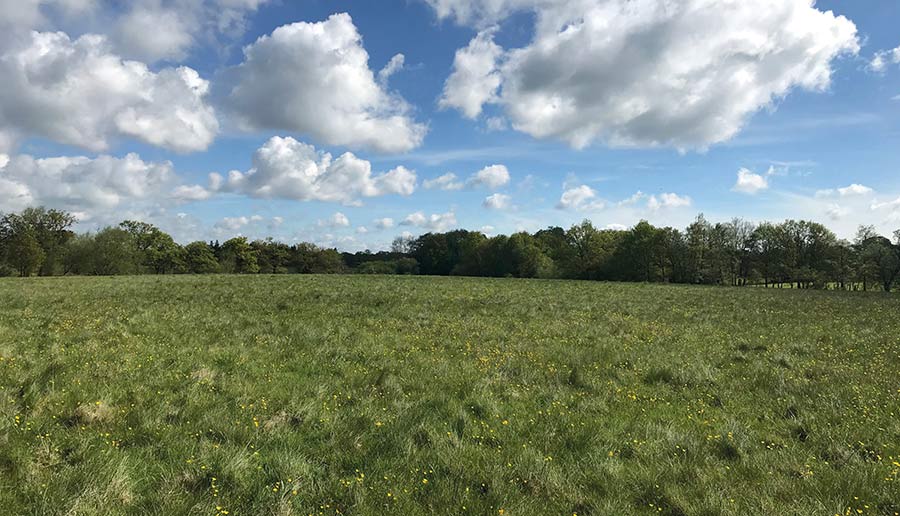 In mid-Wales, local communities have voiced concerns that local culture and heritage could be lost due to vast areas of land being taken up for afforestation.

So far 12 farms in the region have reportedly been purchased by large investment companies looking to offset carbon emissions.

Another argument that has been raised is that land is being taken out of food production.

The UK is already down to about 60% self-sufficiency for food, and if a large proportion of land is taken out of food production, this could lead to an increased reliance on imported goods.

As well as selling land outright for carbon credits, there is also potential to sell the carbon credit value for the land and create a longer-term income stream.

Andy Turnbull, head of natural capital and sustainable investment at Bidwells, believes the carbon market presents a huge opportunity for landowners and managers, who have the potential to undertake carbon sequestering and biodiversity-enhancing projects.

Mr Turnbull says: “Interest in carbon and natural capital projects has exploded over the past 12 months and, while we welcome this short-term surge of activity, we are working with our clients – landowners, investors, and business – to take a long-term view.

Our aim is to work in partnership with our clients to make a positive impact in terms of climate, biodiversity, and economics – all of which benefit society at large.

“The planting of new woodlands and the restoration of degraded peatlands are the two options currently most viable in the UK for generating recognised carbon credits.

Both of these activities are being actively supported by politicians across all parties and UK and national governments via rhetoric, policy and grant aid incentives.

“On the horizon are protocols to calculate, monitor and track soil carbon, which should provide opportunities for regenerative farming practices to tap into the carbon market. This should be seen as a positive diversification of produce and revenue streams.”

However, some industry bodies have warned farmers against selling off rights to carbon credits before the market is fully understood, as they risk selling at below market value.

The Scottish Land Commission said it could be unwise to sign away these rights before there is greater clarity on a farm business’s own need for carbon credits, as Farmers Weekly has previously reported.

The largest current option for selling carbon credits is the Woodland Carbon Guarantee, launched by the government and managed by the Forestry Commission.

It was launched in November 2019, with a budget of £50m to be spent on woodland creation.

The scheme provides an opportunity for farmers in England to sell promised carbon units to the government via a reverse auction and offers guaranteed income for the delivery of verified Woodland Carbon Units.

So far there have been four auctions for landowners to agree contracts to produce carbon units. Some agents say benefits for participants include long term certainty and values set at the level required to make the investment worthwhile.