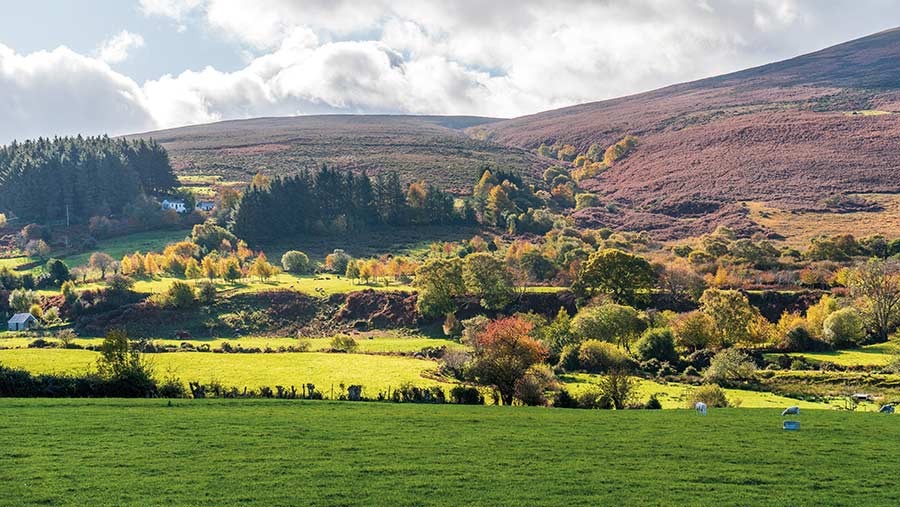 The UK’s tenanted sector and agricultural productivity could be improved by following lessons learned from Ireland’s tax reform, says the Central Association of Agricultural Valuers (CAAV).

Jeremy Moody, CAAV secretary and adviser, put forward the argument in his June 2021 report The Irish Republic’s use of income tax relief to promote the letting of farmland: the first five years’ experience.

In 2015, Ireland began offering income tax relief to those letting land for at least five years, with the aim to move land into the hands of the proficient and enable a longer-term view for land management and productivity.

See also: 7 things we know about the 2021 farmland market

From a “near standing start”, the policy brought almost 8% more farmland into the rented sector within four years.

Unlocking more opportunities for the right farmers – particularly young farmers and new entrants – can only benefit a sector that struggles with productivity and efficiency, says Mr Moody.

With the tenancy system in Ireland dismantled over a century ago, owners had only made land available on seasonal arrangements (conacre), making land tenure a particular concern in the search for arrangements that will improve productivity, the report says.

Research undertaken as part of the Irish Agri-Taxation Review in 2014 suggested moving land into the hands of the trained saw an average improvement in production of 12%.

In the four years to 2018 (the most recent data available), the results were:

“This enhanced relief has seen new, accelerated and sustained change in the occupation of farmland by encouraging both farmers to see retiring and letting land as a positive option and owners who have been using only seasonal arrangements to let for longer terms to the benefit of the land’s management.”

What about the UK?

This evidence points to a similar tax relief measure being adopted in the UK for the same reasons, promoting the voluntary transfer of farmland by letting to those who will use it proficiently, says Mr Moody.

Initial modelling for the UK suggests that an increase in five-year-plus lettings in Great Britain of 4% and Northern Ireland of 15% could result in a productivity gain of more than £100m, according to Mr Moody.

“Such a tax relief opening up the land occupation market in the UK could have a potent and positive role in having the flexibility to handle the changes and challenges likely to be seen following Brexit, with such a change in occupation being consistent with unlocking the potential for significant productivity growth,” he says.