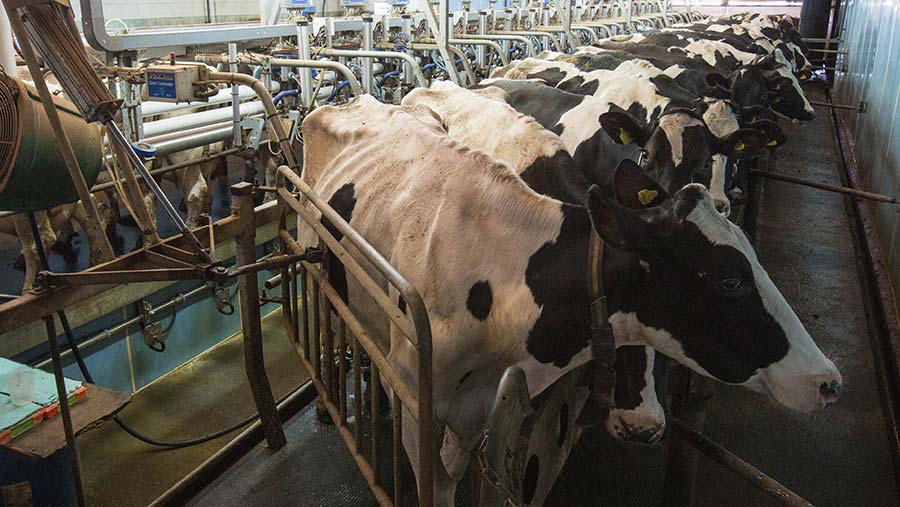 The cut will take the company’s standard A litre price to 26.75p/litre and apply to the flat-rate element on the price schedule.

The processor, which takes 650 million litres a year from its 650 farmer suppliers, blamed the price cut on higher-than-forecast production and falling cream values.

Despite some initial worries over winter 2018 forage stocks, milk volumes were significantly ahead of previous years, a company statement said.

Market prices had been holding up because of lower milk production on the continent. However, both UK and European milk volumes had now started to pick up pace, it added.

This increased volume has resulted in the price of cream falling from £1.70 to below £1.50/kg in the past two weeks alone.

“Despite holding our price for consecutive months, the increased volume of milk on the market and reduced price of cream has forced us to react to market pressures,” he said.

“As we head into the flush, we will continue to closely monitor volumes and how they will impact the market as well as the potential effects of Brexit.”

Meadow Foods’ price change follows a 1.25p/litre cut by Muller which sent shockwaves through the dairy industry when it was announced in February.

The move dropped Muller’s farmgate price to 26.25p/litre and provoked the processor’s elected farmer board to take the unprecedented step of releasing a statement warning of “unsustainable returns” for the UK’s dairy producers.

Since then both Arla and First Milk have announced that they will hold their milk prices for April.

Arla’s manufacturing price will be 30.23p/litre for milk at 4.2% fat and 3.3% protein for the 2,400 farmers feeding into the company’s products such as Anchor and Cravendale.

First Milk, the UK’s largest British farmer-owned dairy co-operative, will continue to pay 27.5p/litre for standard liquid litres of 4% butterfat and 3.3% protein to its 800 members.