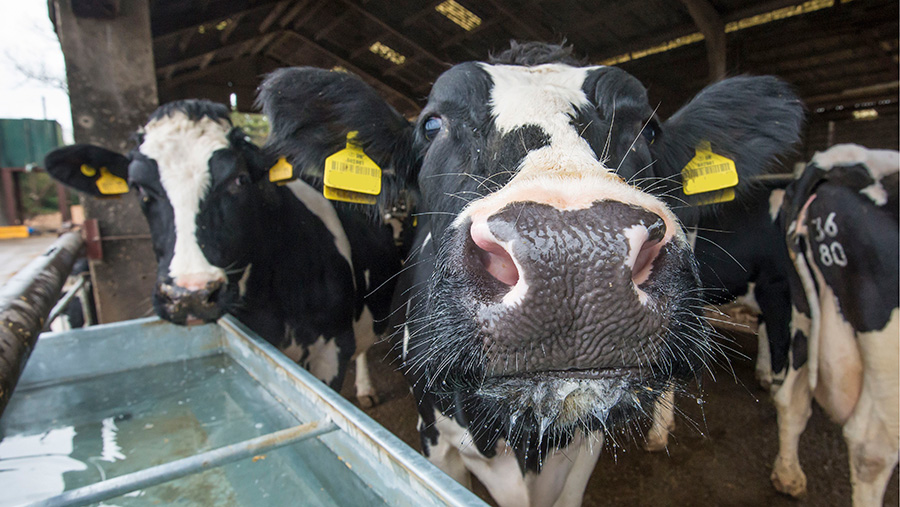 Milk producers have missed out on £200m over the past three months because of processors failure to reflect dairy commodities price rises.

Speaking ahead of The Dairy Show on Wednesday (5 October), NFU dairy board chairman, Michael Oakes said buyers must recognise the strength of current markets and start to pay sustainable, fair prices to dairy farmers.

The £200m figure takes into account the difference between what price farmers were paid between June and September this year, compared with what a fair price would have been when looking at actual milk price equivalent (AMPE), milk to cheese value equivalent (MCVE) and other futures indicators such as futures and the global dairy trade (GDT).

Farmers have been patient, understanding the time lag that is part of dairy trade. But that reason is starting to wear thin Michael Oakes, NFU

AHDB Dairy’s AMPE and MCVE are dairy price indicators and represent the final value of milk and cheese after milk has been processed, taking into account costs such as manufacturing and labour.

The AMPE and MCVE have been showing 26p/litre and 28p/litre respectively, while butterfat is at its second highest price since records began with spot milk prices fast approaching 40p/litre and expected to hit 50p/litre next month.

Processors that trade on the futures market expect demand to outstrip supply for the rest of 2016.

Despite strong market indicators and an optimistic outlook, the average farmgate price for the UK in August was still just 21.34p/litre.

For the average UK dairy farmer this was 4p/litre below the cost of production.

“Farmers have been patient, understanding the time lag that is part of dairy trade. But that reason is starting to wear thin, as we need to start considering increased costs of winter housing and feeding.

“Dairy farmers want to produce milk and the only way milk buyers can pull the dairy sector out of this nosedive is to quickly pay them a profitable price for their milk.”