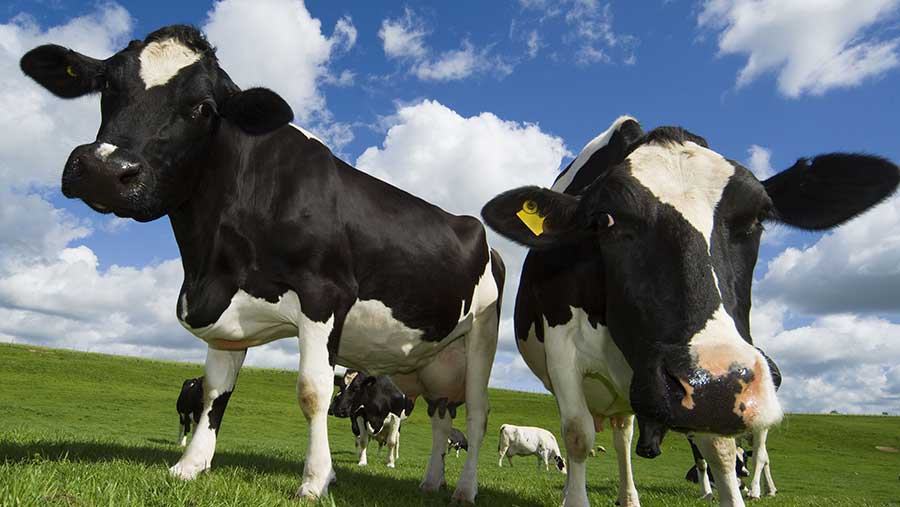 The AHDB has predicted dairy farmers will enjoy strong milk prices this summer amid warnings by Arla of a butter and cream shortage this Christmas.

Arla has announced a 1.44p/litre price increase from July, while Müller is increasing its milk price by 1.5p/litre for August. This will bring their prices to within the 27-28p/litre range.

“The increases are significant, with AMPE up nearly 9p/litre since April, and MCVE rising more than 5p/litre over the same period,” he said.

“Only a handful of other milk buyers have announced increases so far, with the majority still not moving.

“This will change over the coming weeks though, as a number of milk buyers set prices based on a basket of other milk buyers, and many of these will include Arla and/or Muller.”

By June, the fat element accounted for two-thirds of the total return for AMPE, and fat “continues to be the dominant factor behind overall market rises” he added.

However, latest milk compositional data shows butterfat levels in the UK continue to run down year-on-year.

With markets now showing signs of recovery, the prices that were most heavily influenced by markets on the downturn should show the most rapid increase on the upturn, he added.

As ever, Mr Gooderham said the challenge for the industry will be how to balance reaction to market prices with delivering some price stability.

Earlier this week, Peder Tuborgh, chief executive of farmer-owned European milk co-operative Arla, whose brands include Anchor and Cravendale, warned the UK could be facing a butter and cheese shortage this Christmas.

The union said confidence is at “an all-time low” among dairy farmers, and many were wary about increasing production for fear of triggering another price crash.

NFU chief dairy adviser Sian Davies said: “The constant boom and bust dairy market cycle helps no-one most of all farmers, who at the bottom of the supply chain are facing the biggest volatility risk.

“Farmers need to be demand led, they need better market signals. Only a few months ago farmers were being told there was too much milk, it’s gone full circle.

“This isn’t sustainable from a farmer point of view, and we need to find a better mechanism to work together with the processors.”