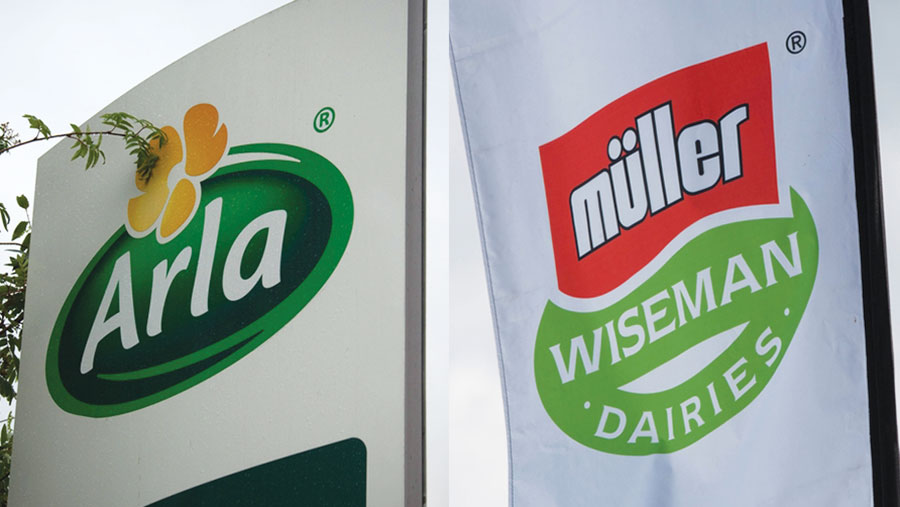 Seventy farmers supplying Tesco through Arla could be switching their contracts to Muller, after the European co-op lost an estimated 200m litres of its supply deal to its German-owned rival.

Arla wrote to farmers last week clarifying changes after the hit to the co-op’s business was announced in January.

Those changes highlight the ramifications of that deal, along with the layers of extra complexity being added to milk prices, contracts and pools.

Muller took on the extra volume, raising its share of the 600-strong pool of Tesco sustainable dairy group (TSDG) of farmers, at Arla’s expense.

Arla has two groups of producers supplying Tesco: co-op members who meet the supermarket’s standards but get paid the European-wide milk price, and non-members sending milk to Arla who get paid the higher, TSDG rate.

Arla farmer board members Jonathan Ovens and Johnnie Russell said in the letter that the co-op wanted to act fairly to Tesco suppliers, whose links with the supermarket helped all other members.

“Tesco remains a strategic customer for Arla and we believe that the mitigation plan that has been agreed with Tesco will strengthen our relationship with the UK’s largest retailer,” they said.

The Tesco change has put extra pressure on the milk price Arla pays to its farmers.

On Thursday, the co-op dropped its milk price for May by 0.75p/litre, down to 20.12p/litre. This was the second fall in as many months, with world markets still flooded with surplus milk.

Tesco has also been tweaking the terms of its direct supply deals, to cope with the high cost during the current dairy crisis.

The most efficient producers have been encouraged to expand, while the worst performers have been told to improve or risk losing their deals.

The retailer unveiled a new premium cheese pool earlier this month, with a dedicated group of 200 farmers. Those producers will be paid a 2p/litre bonus on top of a market rate, supplying through First Milk and Parkham Farms.