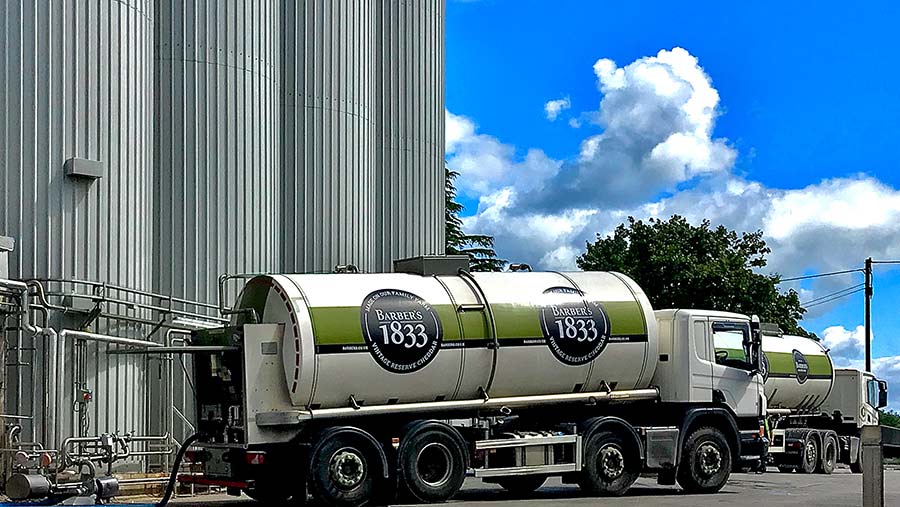 Cheesemaker Barber’s has announced a 3.18p/litre milk price increase split across December and January, despite previously announcing that its December price would remain unchanged.

The rise takes the December price to 32.93p/litre and the January price to 34.96p/litre, based on a the milkprices.com standard manufacturing litre of 4.2% butterfat and 3.4% protein.

The company pointed out that it had said in its previous newsletter that it was committed to keeping the price under review to help respond to the escalating costs everyone was facing.

A tight supply position had pushed up cheese prices, which meant that Barber’s was now in a position to be able to offer a farmgate milk price increase package delivered across both December and January.

“Such is the reduction in overall cheddar stocks that the AHDB reports latest UK milk cheddar markets are within 10/t of an all-time record, while the Provision Trade Federation (PTF) reports that mature cheddar is now at an all-time high,” it said.

“Cheddar values also reached new heights at the latest GDT auction, and at a considerable premium to current UK and EU market values at £3,800/t.

“So it does feel as if a paradigm shift in the value of dairy is taking place as we move into 2022.”

The company said if the latest increases are applied to the constituents of the most recent month of supply (October), then it would mean a record Barber’s milk price of 36.96p/litre in January 2022.

The news follows price rise announcements from a range of processors including Arla, Meadow Foods and Yew Tree Dairy.