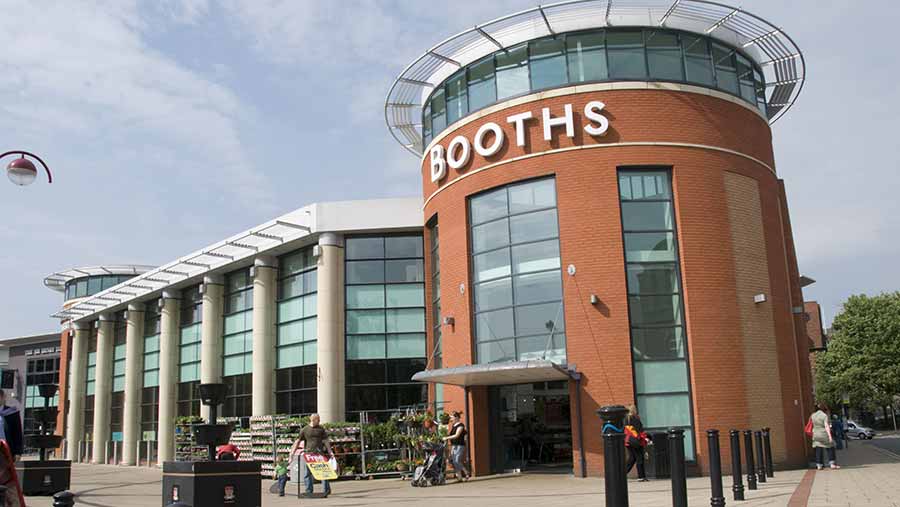 Research by family-owned supermarket Booths suggests the bulk of consumers are prepared to pay more for their milk in order to support dairy farmers.

The retailer launched its own Fair Milk initiative two years ago, pledging to pay the four farms that supply its own-label milk the highest market price on offer.

The aim is to ensure that suppliers receive a fair price that covers the cost of production and enables them to invest in a stable, profitable future as a result.

To mark the anniversary of the scheme, Booths commissioned independently-audited ABA to carry out customer research in April 2016.

It indicated 93% percent of Booths’ shoppers supported the ethos of Fair Milk and would continue to buy milk that paid a fair price to farmers, even if that meant paying more.

Furthermore, 66% of the retailer’s shoppers said the fair price paid to farmers was their most important consideration on purchase.

The research comes just weeks after it emerged that Morrisons is planning to expand its “For Farmers” range, believing shoppers are happy to pay more if the extra cash goes to producers.

The supermarket has just started selling Cream For Farmers, alongside the fresh milk and cheddar which launched last year.

Chris Dee, Booths chief executive, said he was pleased, but not surprised, by the support of the company’s customers for Fair Milk.

“Paying farmers a fair price for milk is as important to us as a business as it is to our customers. We trade in rural locales and our farmers are often our customers. Giving a fair deal is core to our buying ethos.”

The farms that supply Booths said the effect of the Fair Milk scheme had been staggering.

In a blog post on the supermarket’s website, Edward Booth (no relation to the Booths family), from Settle, North Yorkshire, said it had allowed the business to invest for future generations.

“Two months ago we moved our herd into a brand-new, custom-built dairy unit, with every creature comfort for our 250 cows.

“The benefit of an assured ‘fair price’ for our milk not only sustains the livelihood of the farmer, but also the welfare of our livestock.”

Claire Barber, who farms with her husband Richard at High Hopes Farm near Garstang, said it had been life-changing and the contract had saved the farm.

“The dairy industry is in a dire state and I’m aware other farmers are struggling and are less fortunate with their contracts. My wish is for other retailers to read the customer data from Booths—and pay a fair price to farmers. It’s what the industry needs and customers will support this.”