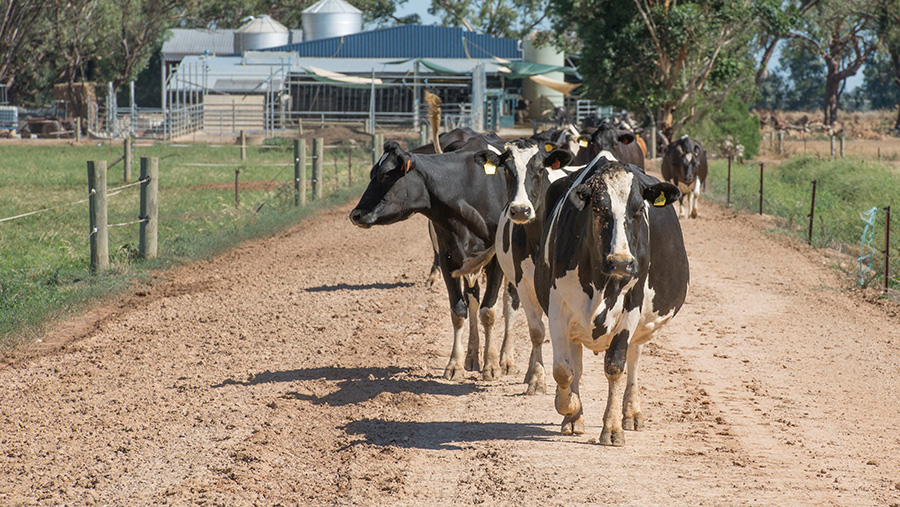 Australia’s politicians are weighing up emergency help for dairy farmers engulfed in a sudden price crisis.

National politicians are deliberating over further aid, as the anger among dairymen and women grows.

Turmoil has ensued in the past month, after the country’s biggest processor, co-op Murray Goulborn, admitted to overpaying farmers — and wanted its money back.

Producers were effectively landed with a fresh average of debt of $120,000 (£59m), to be paid back through deductions over three years.

More than half of Australia’s 6,100 dairy farmers have been caught up, as another processor, New Zealand-based Fonterra, followed its rival with a hefty price cut.

Overnight, suppliers to both milk buyers saw their return fall from the equivalent of 21p/litre to 19p/litre.

Australia’s deputy prime minister and farm minister Barnaby Joyce met farmers in the state of Victoria on Wednesday (18 May).

Mr Joyce said he was working with opposition politicians on a support package for farmers. He cannot make a major decision on his own, as the government is bound by caretaker rules in the run up to July’s federal election.

“They deserve all our support.”

Lobby group Farmer Power has a rally planned outside Parliament House in Melbourne next week.

ANZ, the bank, has launched a “dairy relief package”.

Farmers will be offered a three-month suspension of loan repayments, a waiver on debt restructuring fees and changes to credit card limits.

The major supermarket Coles has launched a premium brand to help producers, similar to the Morrisons Milk For Farmers in the UK.

Coles will not make money from the milk, instead shaving off 20 cents (10p) into a “fighting fund” to help farmers.

“Over the last three years the payments to farmers have been pretty strong and the sudden change will certainly have brought difficulty and we want to help in any way we can,” Coles managing director John Durkan told ABC radio.

TV host Waleed Aly used his weekly show to make what he called the “greatest call to arms” he had ever made.

He talked viewers through farmers’ struggles and urged them to seek out Australian food.

“Farmers have told us that the best way to lend them a hand is to pay an extra few cents for Australian-produced, brand name milk,” Mr Aly said. “It really will help our farmers stay afloat.”

The co-op showed its national interest when its chief executive told a magazine it would “drive every cent of money” it could out of Australia, back to New Zealand shareholders.

Fonterra is also planning to rip up its supply agreement with 1,100 Australian farmers, which forces the firm to match Murray Goulborn’s prices.