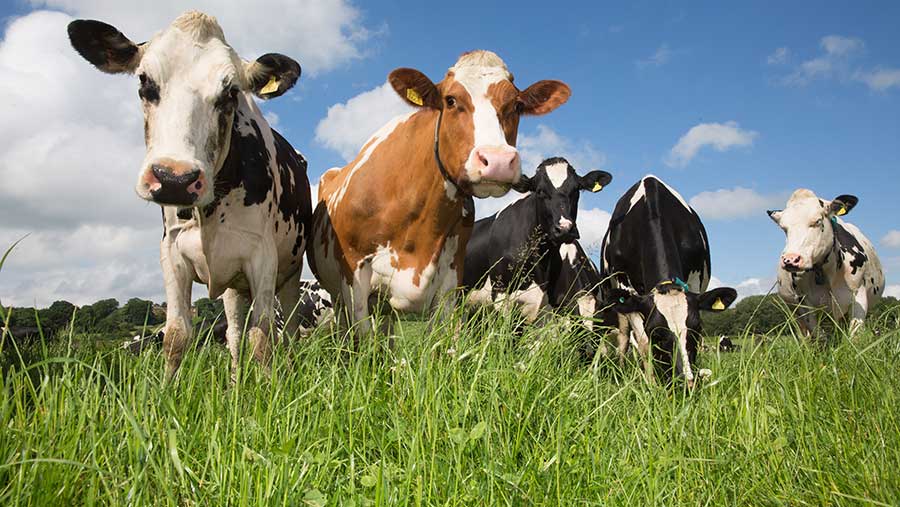 The average level of butterfat and protein in UK cow’s milk helped producers to maximise returns on rising milk prices, according to the latest Promar Milkminder results.

Butterfat levels within the matched sample increased year-on-year to 4.05%, a rise of 1.14% on the same period 12 months ago.

Higher butterfat and protein levels meant dairy farmers were exploiting increased farmgate milk price returns, with the rolling average up 22.7% in 2018 compared with the year before.

“This is really positive news for this group of producers, with the impact on margins aided by a backdrop of the rolling 12-month milk price to concentrate price ratio for the group having improved from 1.17 to 1.34 in that time,” said Nigel Davies, Promar’s national consultancy manager.

However, with the prospect of the milk price to concentrate ratio dropping over the course of the year, increases in herd reproductive performance would be crucial in sustaining the current level of farm business improvement, according to Mr Davies.

“The February report for the average sample suggests there might be a hint of deterioration in this area [reproduction], as the calving percentage metric has fallen from 98.6 to 97.6 per 100 cows in the past 12 months,” he added.

“For this reason, I’d recommend that producers and their consultants pay particular attention to herd reproductive performance as they use Milkminder to help them plan ahead for continued success next year.

“If they can master that, they’ll be one step closer to repeating the success of the past twelve months, in the next twelve months, and sustaining the gains made so far.”