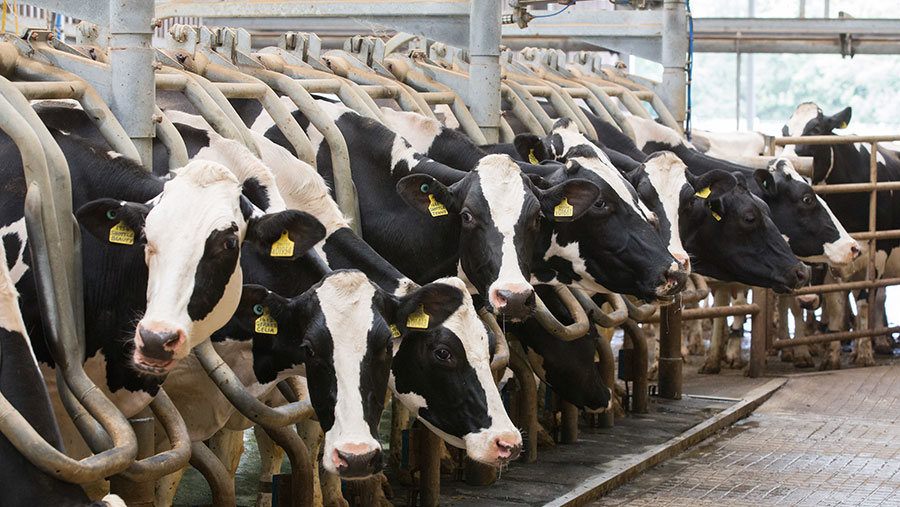 Efficient management of labour and machinery costs and working to continually improve technical performance are the key to improved dairy profitability, according to Promar.

Data from the consultancy firm’s farm business accounts for the year ending March 2017 showed the operating profit of the top 25% farms was more than double that of the average farm at £885 a cow.

For an average-sized business in the data sample this amounted to a difference of £90,000 in resulting profit.

Nigel Davies, Promar’s national consultancy manager, said the data highlighted the huge disparity in the performance of the top 25% of the sample and the rest.

This included a “striking” difference of £216 a cow in operating profit from more efficient overhead cost management. This is the equivalent of 2.53p/litre.

“Predominantly this difference is made in labour efficiency and machinery-related costs, and all producers should be considering how they can improve these two areas.

“With inflation currently at 3%, oil prices increasing and a shortage of quality labour, we forecast that overhead costs will rise rapidly into 2018.”

Mr Davies said while scale was important, the data showed continually improving technical efficiencies across the business was also critical to profitability.

“Interestingly, the top 25% of farms have eight fewer cows than the average,” he said. “And their profitability is also not primarily linked to their milk price, which accounts for just £88 a cow.

“Yield helps, but not at all costs,” he added.

“Reviewing gross margins is key – for instance, the top 25% reported feed costs of 0.33p/litre less than the average, and marginal improvements in herd fertility, culling rates and death.”

In addition, the top-performing farms showed a £18-a-cow advantage through better management of grassland and forage crops and a £88-a-cow increase as a result of better youngstock management.

Mr Davies urged farmers to benchmark their own financial performance so they could drive efficiency and get a clear sense of direction for their business.

“This is something the top 25% practice continually and one that with help, the majority of farmers can also employ.”

The upturn in farmgate milk prices came too late in the year to have a significant effect on the bottom line, given prices were also climbing from a low base at that point.

However, most farmers are expected to report improved profitability for the March 2018 year-end.

Sustained milk price increases over the year to date are feeding through to notable improvements in gross profits.

But farmers are being warned that the gains are likely to be diluted by increased overheads and inflationary pressures, and after March 2018, milk price volatility is likely to continue.

Promar works with more than 2,000 dairy farms, as well as several major retailers and milk processors.