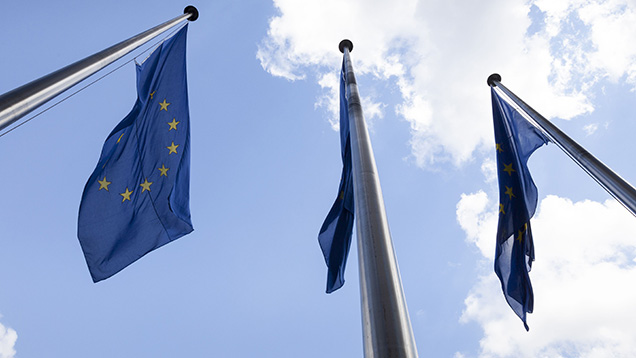 Government ministers have pledged a united front as they urge Brussels to help growers and livestock producers ride out the price slump that has engulfed the industry.

Industry leaders and government ministers from across the UK are working up a list of demands to put in front of an emergency farm council meeting in Brussels next month.

The summit included representatives from the NFU, NFU Scotland, NFU Cymru and the Ulster Farmers’ Union – as well as Dairy UK and the Agriculture & Horticulture Development Board.

A joint statement issued by the four farm unions after the meeting acknowledged that Defra and the devolved administrations recognised the seriousness of the challenges facing farmers.

But the unions warned that urgent action was needed – by the government as well as by retailers and the food service sector – both on dairy and other products.

“We cannot allow the meltdown in the farming industry to continue,” said the statement.

It added: “Our farming members now expect to see these words followed up with visible, tangible actions.

“The ministers should be in no doubt that the time for talking is now over.”

“This is a global issue and we need urgent action at a Scottish, UK and EU level to support the industry” – Richard Lochhead, Scottish rural affairs secretary

But they warned that some issues could only be tackled at EU level.

“We would like to see the whole market mechanism – including intervention – reviewed at a European level. Some of these formulas were put in place years ago.”

Problems facing farmers will be discussed at the emergency council meeting of EU agriculture ministers in Brussels on 7 September.

Over the next the two weeks, UK farm leaders and ministers will agree a set of demands to be put in front of EU ministers and the EU Commission.

Ms Truss said: “A global surplus of milk is causing low prices around the world – well beyond the control of farmers.

“I want to see this situation taken seriously by the EU, which has the means to help farmers manage this volatility and build resilience.

“That is why when I meet agriculture ministers next month, I will be emphasising the need for a futures market and insurance for dairy products – as they already have for cereal farmers – to give them long-term security over price.”

Ministers from Scotland, Wales and Northern Ireland will also travel to Brussels to press for EU action to ease price pressure on producers.

Scottish rural affairs secretary Richard Lochhead said: “There is no doubt that the farming industry is facing serious challenges, with farmers not even getting back the cost of production.

He added: “This is a global issue and we need urgent action at a Scottish, UK and EU level to support the industry.”

Welsh deputy minister Rebecca Evans confirmed that she too would be travelling to the meeting to try to resolve what she also described as a global problem that needed urgent action.

Ms Evans said: “It is important to keep in mind that market volatility is not something that is exclusive to the farming industry, it affects all industries and associated sectors but I am determined to do all within our power to help Welsh farmers through this challenging period.”

Ms O’Neill said she would be pressing EU farm commissioner Phil Hogan for “movement on the intervention threshold price”.