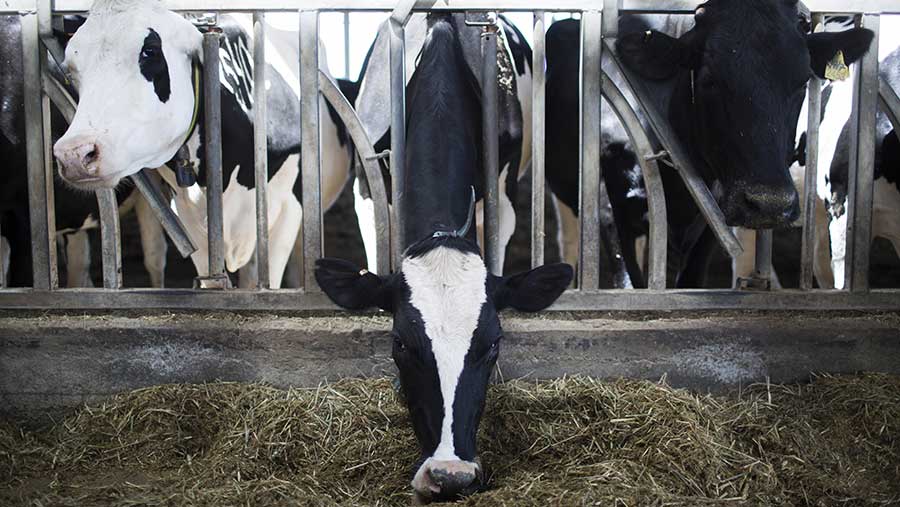 UK farming bodies have labelled Arla’s decision to drop its milk price solely for UK producers as disappointing and ill-judged.

The NFU and NFU Scotland questioned the processors 0.4p/litre price reduction for its 2,500 UK producers, while prices were held for the remaining 9,500 Arla farmer-owners on the Continent.

The price cut is effectively a reversal, albeit on a slightly smaller scale, of UK Arla Farmers’ Co-operative’s (Ukaf) decision last month to hold prices in spite of a one euro cent/kg cut for producers on the Continent.

Ukaf used a reserve fund, in anticipation of a cash benefit from the exchange rate mechanism it uses to smooth sterling to euro currency fluctuations, to hold its May price.

“Last month I applauded the UK Arla Farmers board in supporting UK members by removing the impact of the EU milk price reduction of one euro cent/kg, said NFU dairy board chairman, Michael Oakes.

“Little did I know at the time that they would seek to rebalance the UK purse so soon.”

“The cream income to the processor continues to rise and now delivering on average 10.1p/litre back to the processor,” Mr Oakes said. “A question I want answered is who is benefitting from this high cream and butter price – as it clearly isn’t dairy farmers?

“With spells of dry weather impacting on grass growth and ultimately volumes as well as the [global dairy trade] market continuing to strengthen, it makes no sense that are we are now seeing milk price reductions,” added Mr Oakes.

The NFU dairy board chairman said the situation called for better market transparency through mandatory dairy price and volume reporting, a sentiment echoed by his counterpart at NFU Scotland.

“There remains a crucial need for those who are responsible and progressive in the supply chain to stand out from the crowd, and isolate those processors who drop prices in an opportunistic manner, just because they can,” said NFU Scotland’s milk committee chairman, James Rankin.

He added “We have a mechanism in the voluntary code of practice on milk contracts, which we are urging government and industry support to make more relevant, potentially via the Grocery Code Adjudicator.

“Should that voluntary approach fail, then there is a case for the code to be made compulsory.”

These estimates mean the UK’s average dairy farmer on a flat profile would make just 0.5p/litre profit on Arla’s manufacturing contract and would lose 4p/litre if in the bottom third of producers.