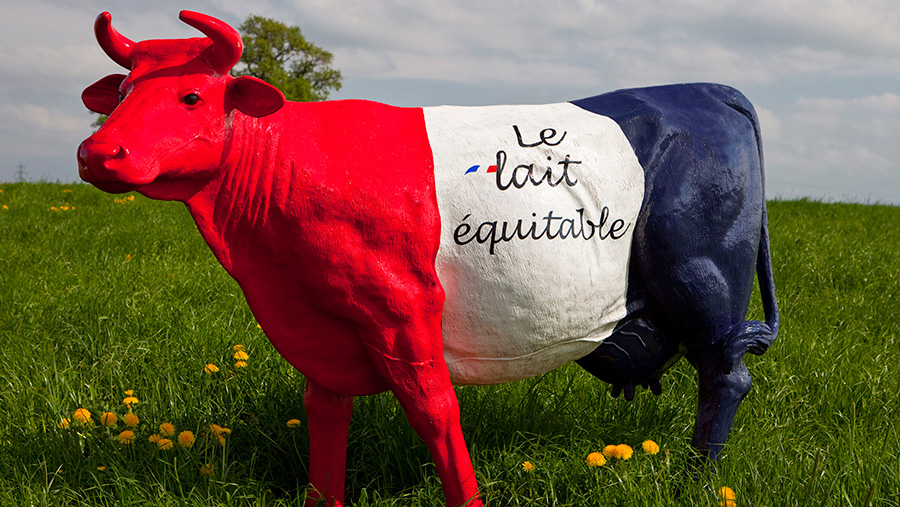 French MP’s have proposed a draft European resolution in a bid to help the continents’ struggling dairy industries.

The recommendations include a “price supervision system” which would allow milk prices to fluctuate between a minimum and a maximum figure to counter extreme price volatility.

As part of a voluntary scheme, farmers would be rewarded for reducing production in times of massive overproduction as has been seen recently.

The MPs also called for a redirection of CAP funds to create insurance mechanisms to act as a safety net for producers to prevent further reductions in dairy producer numbers.

“But it’s only likely to be small money in terms of any funding allocated by the EU.”

He added, “It will be extremely difficult to get a unanimous decision on this in Europe as there is such a diversity of dairy industries, this won’t necessarily work for everybody.”

UK dairy farmers were paid on average 21.35p/litre for August, which is 3.7p/litre below the cost of production, according to figures from Kite Consulting and AHDB Dairy.

French farmers are paid significantly more, with the most recent statistics showing 24.59p/litre in July.

Suppliers of French processor Lactalis saw their prices rise by 7% at the end of August following days of milk price protests across the country.