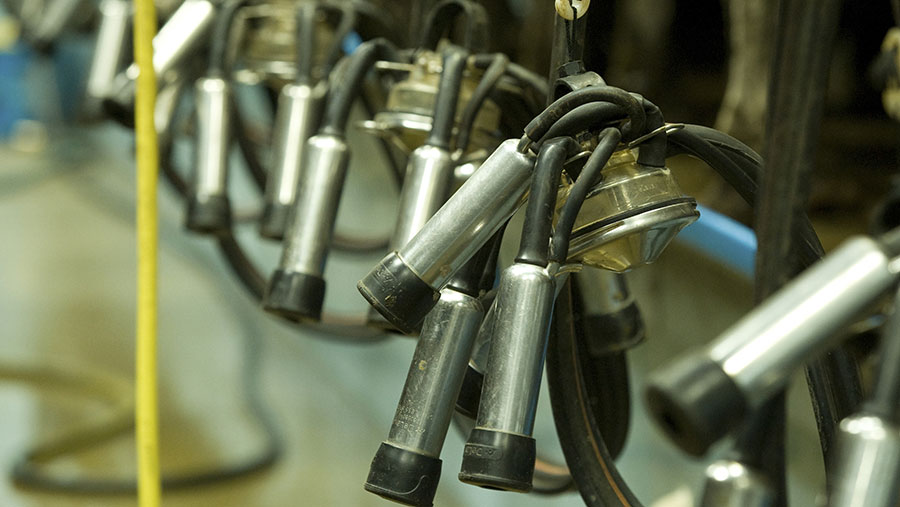 Milk production increased by 2.8% on the previous year to 12,402m litres in the year to 31 March. This is the second highest level since the 1980s.

Britain produced 349m more litres of milk compared with 2016-17, despite the terrible weather that hampered production at the end of the season, according to AHDB Dairy.

An estimated 19m litres of milk went uncollected in just a four-day period at the end of February this year with further wet and cold weather disrupting turnout and delaying spring across the country.

The levy board said a change in the weather would be the crucial factor for the start of this milk year.

“Fields can recover quickly if the weather changes for the better soon. However, feed supplies are likely to be dwindling and the next few weeks could potentially force a farmer’s hand – turnout on to unsuitable ground or purchase more feed,” said an AHDB Dairy spokesman.

Conditions across the Irish Sea were as bad if not worse according to AHDB, increasing the necessity for good field management and adding to fears of a fodder shortage as the demand for imported forage increased.

The rise was likely a result of buyers looking to secure forward trade driving demand upwards, as well as the beginning of the asparagus season.

Strong global demand continued to incentivise higher US milk production, resulting in a 12.7% increase in dairy export volumes in the first two months of 2018 to 366,071/t, according to Italian dairy analyst CLAL.it.

American wholesale prices for butter, SMP and whole milk powder (WMP) are lower than in the EU and Oceania, increasing the competitiveness of US dairy products.

The increased outward vision of the US dairy industry will to nothing to allay fears of cheap imports being included as part of a UK/US trade deal post Brexit.

The forward market performance equivalent (FMPE), an AHDB Dairy market indicator of the relationship between supply and demand to determine projected milk prices, dropped slightly in March as a result of the rock-bottom price of SMP.

The levy board added that futures pricing was more stable than spot markets which have been affected by an upturn in demand.

Dutch bank Rabobank predicted less pressure on farmgate prices than originally expected in the second quarter of 2018 as the drought in New Zealand and increased imports from China insulated prices.

The bank did forecast more downward pressure on farmgate returns from milk during the Northern Hemisphere’s peak production months through spring.

However, poor weather in the EU and Australia would limit any downward movement to prices and the risk of drought in Argentina could further restrain global supplies.

Rabobank predicted slower global supply growth following the spring as a result of lower farmgate prices, leading to a firming of commodity prices for the remainder of 2018.