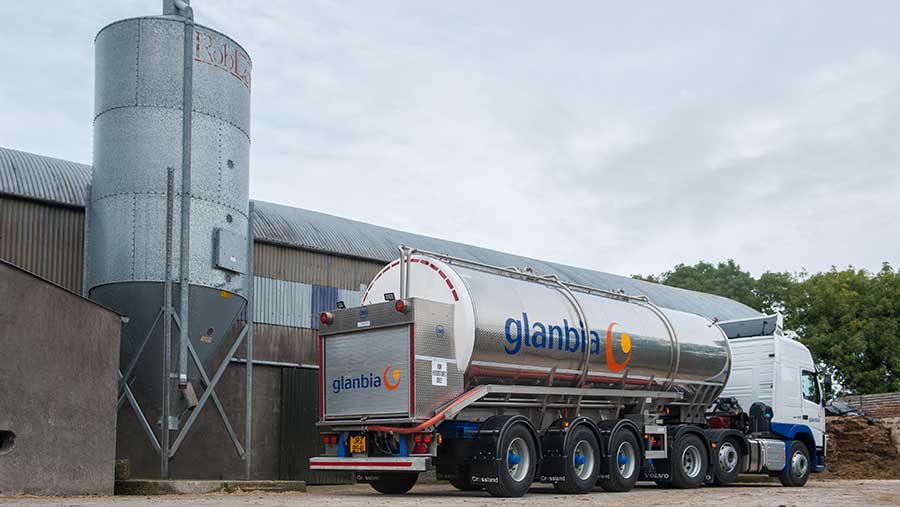 Irish co-op Glanbia has announced a five-year fixed-price milk contract which it claims is a world first.

Glanbia’s 4,800 family farms will also have the option of locking into a five-year feed contract with Glanbia Ireland’s Gain Animal Nutrition range.

Dairy farmers who sign up to this scheme will receive a €30/t (£27.30/t) loyalty discount on all dairy feed that must be bought from the processor for the duration of the contract.

Those who take part in the feed loyalty scheme of the contract will receive a “feed adjustor” of 2-3 eurocents/litre depending on the volume committed to the scheme and level of feed use.

The new contract will go live from 1 January 2018 and if oversubscribed, the processor will prioritise applicants also taking part in the feed loyalty scheme.

“A price of 28p/litre was where retailer premiums were last year and every producer would have grabbed that price with both hands then.

“If producers can get their cost of production down to 25-26p/litre and guarantee profit margins, there is so much planning and reinvestment they can achieve across a five-year period.”

Mr Walkland estimated this fixed price is about 10% higher than the average milk price over the past five years, and was something Irish producers would definitely be interested in.

“For some reason, the Irish seem to be setting the pace on fixed-term contracts.

“We are quite a long way away from these sorts of contracts in the UK, but we are starting the journey at eliminating volatility for non-aligned farmers,” said Mr Walkland.

Mr Walkland added, “In the long term, this is the direction the UK dairy industry should head to. Even one-, two- and three-year contracts that can iron out volatility must be welcomed.”