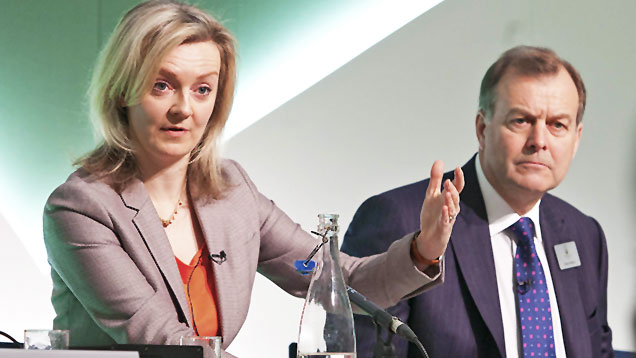 Defra secretary Liz Truss will hold crisis talks with industry leaders and representatives from across the UK after conceding that further measures are needed to help a beleaguered dairy industry that is “vital to our countryside”.

With no sign of any milk price recovery, Ms Truss will meet farm leaders from all four UK nations – as well as representatives from the devolved government administrations of Scotland, Wales and Northern Ireland – in London on Monday (17 August).

The latest farmgate cuts include a 0.8p/litre reduction by Muller Wiseman blamed on a continued “softening” in dairy markets. Due to come into effect next month, it will take producer prices down to 22.35p/litre – one-third lower than last spring.

Ms Truss said: “This is a serious situation for British dairy farmers and I am deeply concerned about the pressures they are under. The dairy industry is worth £4.6bn to the UK economy and is vital to our countryside.”

The UK meeting comes ahead of an emergency gathering of agriculture ministers from across the EU in Luxembourg next month. Protesting farmers from a number of member states are expected to converge on the city as the EU Council meeting takes place on 7 September.

Ms Truss said Defra was working with the Rural Payments Agency and banks to try to help ease cashflow problems. It was also introducing a “fairer” tax system for farmers, reducing red tape and working to open up new export markets.

But Ms Truss suggested further action was necessary. “Given the scale of the issue, I have convened a meeting on Monday [17 August] with the devolved administrations and farming leaders to examine further measures in advance of the emergency EU Agriculture Council.”

The government was also working on its public procurement commitment to buy more British produce. Ms Truss said: “I am determined that we should help find a way through this difficult time to build a successful, resilient industry that can hold its own internationally.”

Industry leaders will be keen to ensure the meeting addresses all just sectors – not just milk. Mindful that other farm sectors, including lamb, are being hit by low prices too, they are likely to push for a full-scale summit between all four UK farm ministers.

NFU president Meurig Raymond said: “Defra’s announcement of the meeting on Monday is an important first step with government working together with the farming industry to ensure that government backs all farmers across all farming sectors.”

Scottish rural affairs minister Richard Lochhead has already written to his ministerial counterparts across the UK calling for a summit to discuss challenges facing the agricultural sector, arguing that action is needed at a Scottish, UK and EU level.