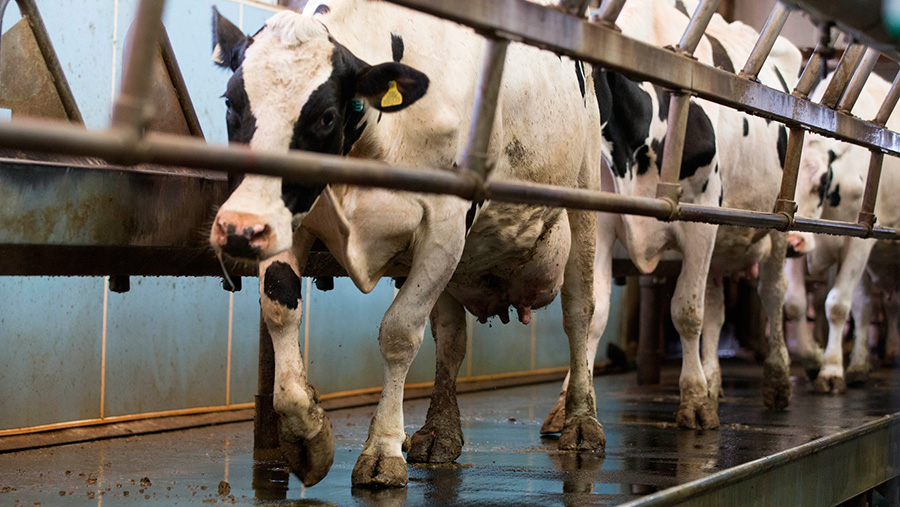 Yorkshire-based Payne’s Dairies has been criticised for axing its B-litre milk price, amid claims the move is unfair.

Each of the 120 farmers who supply Payne’s operates with a profile based on the lowest production over three months during 2014.

Until now, any milk produced over this was paid the B price, which in May was about 9p/litre.

However, the company wrote to its 120 suppliers on 20 June explaining group milk production was falling after the spring flush and farmers who were already delivering below profile were falling back further.

The letter said farmers delivering over profile would now receive the “full normal milk price” – understood to be about 17p/litre.

Do you feel you are working with or for your milk buyer? Consider those answers when you start seeing the milk price increase and new contracts become available Michael Oakes, NFU

It also asked farmers to supply details of anticipated production over the coming months and warned a new system might be needed to “deal” with under-profile producers if they continued to deliver less milk.

But the letter has drawn criticism, with some farmers pointing out that B prices are designed to reflect returns on the spot market and if these rise above the A price then farmers should see the benefit.

A disgruntled Payne’s supplier said it was wrong the B price was being withdrawn when it looked like the market was improving.

“To insist we have A and B contracts in bad times, but to do away with them in good times is unfair,” he told Farmers Weekly.

However, he acknowledged some suppliers were not particularly worried by the change as, on the face of it, the news that over-profile milk would be paid at a higher price was good.

The farmer added he was willing to supply the information about production levels, but the company needed first to explain how it would benefit producers in the long run.

“Going forward, farmers accept there is volatility but we need producer representation to understand why we are getting the prices we are getting,” he added.

The NFU said rather than penalise individual farmers for going under or over profile, particularly where they had been encouraged to cut back production, dairy processors should look at milk volumes collectively and match supply with demand.

Dairy board chairman Michael Oakes urged farmers to reflect on whether they were happy with the actions of their milk buyer over the past 18 months.

“Do you feel you are working with or for your milk buyer? Consider those answers when you start seeing the milk price increase and new contracts become available,” he said.

Payne’s Dairies did not respond to Farmers Weekly requests to comment on the situation.