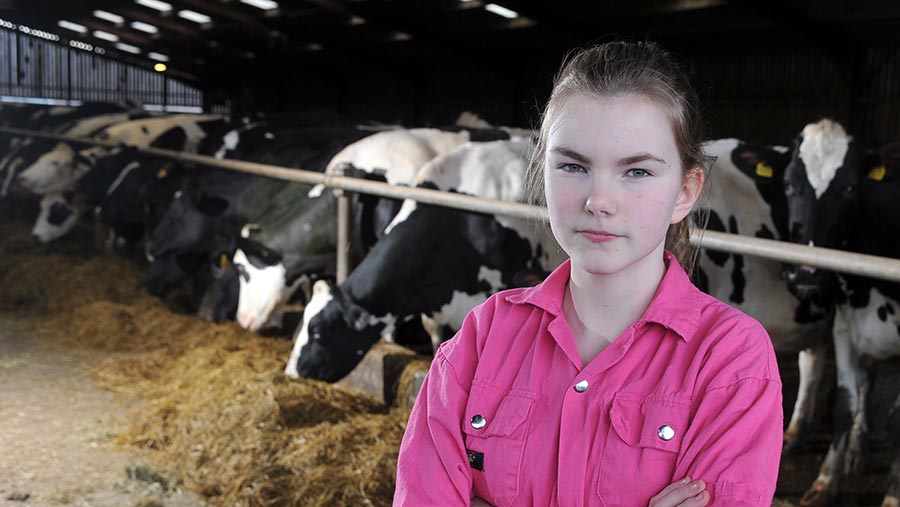 An 11-year-old girl who wrote to David Cameron pleading with him to save the UK dairy industry has received a reply from the prime minister.

Abigail Morrell, whose family farm at Killinghall, Harrogate, said in the letter: “I love my cows, all 261 of them.”

She added: “My dad keeps talking about how much the price of milk has dropped and he is very upset because he says he is not getting enough money to pay our bills.

“My dream is to run my farm with my brother. Please do whatever you can so that this will be a possibility for me. I couldn’t bear to see my precious cows go!”

The response from Downing Street said the government was working to find new markets overseas for UK dairy products.

It also accepted the need for “better labelling for British dairy products” and encouraging “business-minded young people” to carve a career in agriculture.

Mr Cameron added a hand-written note at the foot of the response, telling Abigail: “Yours was such a good and moving letter.

The prime minister added: “We will try and help this vital industry.”

The story was reported by the Yorkshire Post. Abigail’s father, Mark Morrell, told the newspaper: ”We are really proud of her.

“She wants the opportunity to be able to run the farm with her brother, but the problem is will we still have a farm?

“I do not want to seem like I am hard done by but if we don’t watch it there are going to be hardly any dairy farmers left. That is how serious it’s got.”

News of Abigail’s letter comes in a week when MPs said the government should do more to help producers ride out the slump in milk prices.

The warning by MPs followed a three-month investigation by the House of Commons environment, food and rural affairs committee’ committee into low farmgate prices.

The past five years had seen an unprecedented period of price volatility, with the most recent period showing a downward trend, said the committee.

The committee made a series of 10 recommendations, including the pursuit of export opportunities, which it said represented a huge opportunity for revenue expansion.

Farmers may need to change their thinking, the committee suggested, by developing mechanisms that allowed them to develop long-term stability.

The committee said: “The agricultural industry must move to new and innovative products that respond to new consumer needs and add value to the benefit of the whole supply chain.”

A Defra spokeswoman said the department recognised that many farmers were suffering financial difficulty in the face of volatile global prices.

It had pursued a range of measures to help farmers, including introducing a fairer tax system.

The department had also backed a futures market and the creation of producer organisations, and the opening up of new export markets.