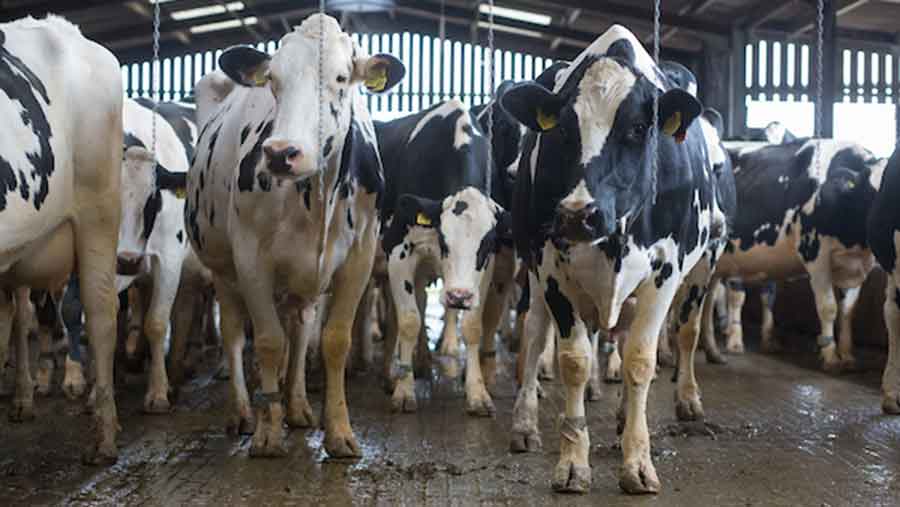 Adequate price increases are failing to reach the farmgate, despite soaring commodities prices and a significant drop in milk production driving the UK dairy recovery, according to NFU Scotland.

NFUS representatives met the farming minister at Defra last week to highlight the growing distortion between rising market prices and what producers are paid by processors.

Spot milk prices currently stand at 35p/litre and are expected to soon reach 40p/litre, while cream prices are the highest they’ve been since December 2013 and twice what they were in May, at £1,470/t.

Butter has increased 60% in August from the same period last year, to £3,250/t with skimmed milk powder and mild cheese up 25% and 20% for the same period.

Despite these impressive figures, many farmers still fail to receive prices that match cost of production, with the AHDB average UK farmgate milk price just 20.9p/litre for July, up a mere 3.3% from June and down 14.1% on 12 months ago, with many producers receiving as little as 17p/litre for their milk.

As the gap between market prices and what farmers are paid continues to grow, milk committee chairman for NFU Scotland, Graeme Kilpatrick asks, “Where is the money going?

“Commodities prices are at record levels yet in many cases producers don’t have enough money to wash their face.

“Non-aligned producers are going to struggle to stay in the market if prices continue to increase by just a penny a month.

“Producers can only continue borrowing, avoid reinvesting in their business and putting off repairs for so long before they reach breaking point.

Processors stress that they need to maintain competitive prices to protect their farmers, and that further price rises will materialise in conjunction with the improving market.

The question is, just how good do the markets need to be before dairy farmers receive a sustainable price for their milk?