An increasing number of dairy farmers say milk output must be curtailed if the sector is to survive the price slump.

Farmers Weekly talks to the founder member of Fair Price Farming Northern Ireland (NI) about the EU’s Article 222, which aims to address the oversupplied dairy market by giving producer groups the option to voluntarily curtail output.

Like thousands of dairy producers this spring, Northern Irish farmer Gary McHenry is losing money on every cow he milks.

But he is not going down without a fight – despite feeling the full impact of the oversupplied dairy market on his family farm, some 20 miles west of Belfast. 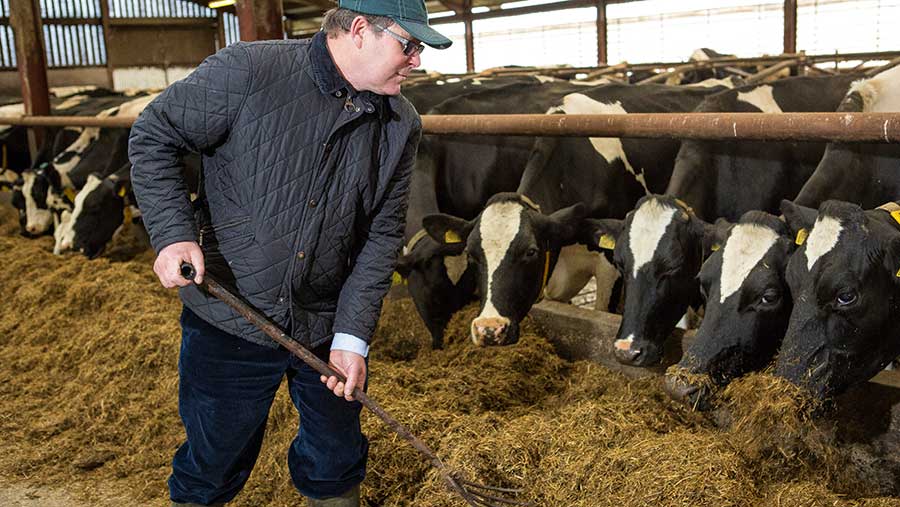 “We have cut costs and maximised the use of forage rather than concentrates, but we are still making a heavy loss.”

It is a familiar story. Northern Ireland has some 2,500 dairy farmers supplying milk to six processors from 312,000 cows.

They pump out 2.3bn litres of milk annually, and borrowings average in the region of £1,900 per animal – and that’s before credit for feed and fertiliser.

It is not the depth of the downturn, but the length that is causing the hardship.

But like Mr McHenry, more farmers believe the most immediate way to help reverse the price slump is to turn off the taps – or at least to limit the amount of milk produced.

Average production costs here are in the region of 25p/litre.

But with 85% of their milk exported, Northern Ireland’s dairy farmers are heavily exposed to the global commodity market and prices have slumped to less than 17p/litre, compared with 34p/litre in 2014.

In a bid to keep afloat, many producers have extended overdrafts, secured capital repayment holidays and switched to interest-only loans.

They include forward-looking farmers who have invested in the hope of passing on the family business to the next generation.

“These are some of the country’s most intensive and efficient farmers,” says Mr McHenry.

“Without urgent action, many will not recover from the crisis and those who remain will struggle in the short, medium and long term to clear significant losses.”

Mr McHenry is a founder member of Fair Price Farming NI, a fledgling pressure group set up last year by farmers fed up with a lack of action from politicians and the mainstream farming organisations to resolve the crisis. 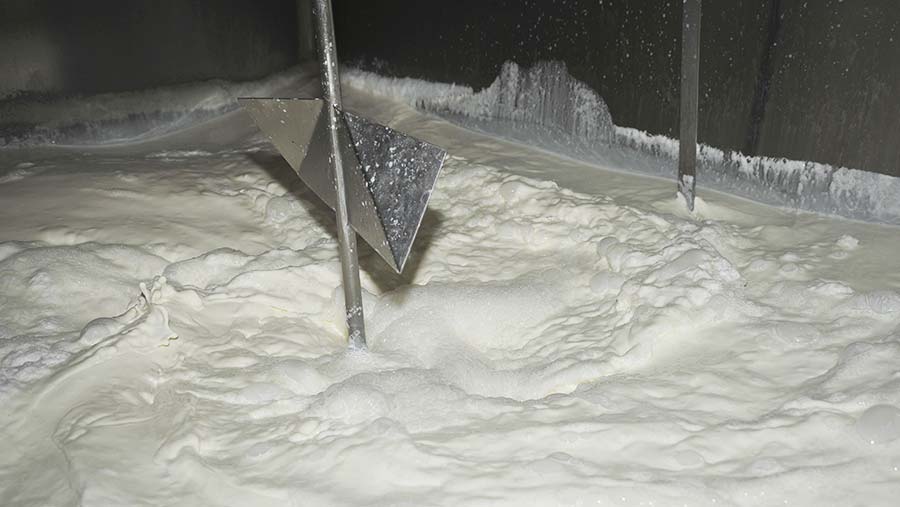 It is a controversial idea, acknowledges Mr McHenry, but it just may work.

Few people had heard of Article 222 before EU farm commissioner Phil Hogan mentioned it last month. Essentially, it allows producer organisations to voluntarily curtail milk output for an initial six months – and up to a year – without falling foul of EU competition rules (see below).

“We are not talking about the return of milk quotas – I want to make that clear,” says Mr McHenry. “We accept quotas have gone. But it is better to do something than to do nothing – and limiting output has to be better than the slow death of sending milk into intervention at 12p/litre.”

Critics argue that Article 222 wouldn’t work because it is voluntary. They accept that some dairy farmers might choose to restrict milk output, but they argue that others would increase production as they try to take advantage of any gap – eliminating any net benefit.

But supporters of Article 222 reject this assertion – and they appear to be growing in number. Although Fair Price Farming NI has fewer than 300 members, it recently won the backing of Holstein UK, Europe’s largest independent breed society.

John Martin, Holstein UK’s Northern Ireland secretary, says: “We have been working on this a while now – we are in it together and we hope to encourage processors and the powers-that-be that something can be done to take back control.”

As well as urging major dairy processors to implement Article 222, this week the two men travelled to Brussels to meet officials at the EU commission. Further talks will take place over the coming weeks as they continue to press their case.

Although Article 222 has never been used before, the two men highlight the recent experience of Dutch dairy co-operative Friesland Campina, which paid its members to limit their milk supply for six weeks earlier this year.

Just 60% of the co-operative’s farmers took part in the arrangement – introduced because Friesland Campina found itself with insufficient processing capacity due to stronger-than-expected growth in the amount of milk supplied by its members. But it was still deemed successful.

“Friesland Campina highlights what is possible,” says Mr McHenry. “Yes, it was expensive, but it was worth it. It made the supply side sustainable. We are only talking small numbers here, so it doesn’t matter if not everyone signs up.”

If only 60% of producers signed up to an Article 222 deal to voluntarily curtail milk production by 5%, it would still reduce overall output by 3%, he adds. And such a reduction could be achieved by drying off cows a few weeks early, rather than culling animals or selling them off.

Rather than a weakness, supporters of Article 222 say its voluntary nature should be seen as a strength, arguing that voluntary agreements can be implemented much more quickly than compulsory measures.

Speed is of the essence, says Mr McHenry. With more farmers going out of business every day – and the spring flush of milk set to drive prices lower as yields rise when cows go out to grass – the need for action is more urgent than ever before.

Opinion is split over whether Article 222 would help increase milk prices. Farm leaders, processors and politicians in the UK and Ireland say it is a non-starter. But there is more support for market stabilisation from other EU countries – including big players France and Germany.

Six EU countries account for some 70% of EU milk production. They include Germany, France, Poland, the Netherlands, Italy and the UK – where the NFU argues that any reduction in milk supply would simply be filled by non-EU producers, rather than firming up prices.

UK-based dairy co-operatives contacted by Farmers Weekly said they were unlikely to adopt the measure. Arla, First Milk and the Direct Milk Dairy Producer Organisation all said they had no plans to take advantage of Article 222.

Then there is the question of funding. Brussels says it has no money to compensate farmers for reducing output. And although it has given EU countries permission to increase state aid by €15,000 (£12,000) per farmer, the UK has a poor track record in taking advantage of such measures.

But while some believe Article 222 is a step too far, others believe it doesn’t go far enough. The European Milk Board, which represents 100,000 dairy producers across 15 EU countries, said any measures should be mandatory, rather than a “soft” voluntary approach

The tide could be turning. Article 222 was formally approved at an EU farm council meeting on 11 April. Agriculture MEPs will discuss the measure with key players from the dairy industry at their next meeting on 25 May.

There is further hope for supporters of Article 222 as well. The French government believes either mandatory or voluntary measures could well speed the recovery of the dairy sector. And it is on countries such as France that supporters are pinning their hopes to take the lead.

Article 222 of the Common Market Organisation regulation is an exceptional measure specially designed for stabilising EU agricultural markets. It has not been used since its introduction in 2013 and can be applied only when the market is deemed to be severely imbalanced.

But Brussels announced on 14 March that the strict criteria for Article 222 to be activated had now been met for the dairy sector. The same day, it was included in a package of aid measures which EU farm commissioner Phil Hogan said “should now be given the chance to succeed”.

This week, Mr Hogan confirmed that Brussels would grant permission for member states to pay dairy farmers up to €15,000 (£12,000) each as an incentive to “freeze production” in a bid to address the oversupplied dairy market.

Activating Article 222 means producer organisations, farmer-owned co-operatives and dairy associations can now adopt a number of market stabilisation initiatives – if they so choose – including voluntarily agreeing how much milk they should produce.

Such a move would usually be deemed a breach of EU competition rules – resulting in a hefty penalty. But Article 222 means dairy companies can agree to curtail production for an initial period of six months and a maximum of one year with EU permission.