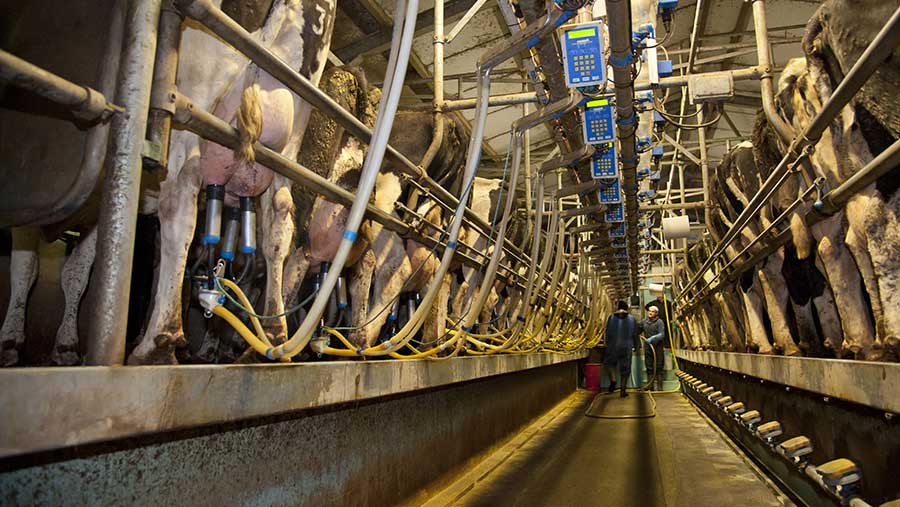 The UK has entered skimmed milk powder (SMP) into intervention for the first time in almost a year.

In the week beginning 1 May, the UK offered 1,132t of SMP into intervention, taking the total EU stockpile to 356,000t, according to AHDB dairy.

The UK offering accounts for 17.3% of the 6,554t of SMP stock entered into intervention so far in 2017, with the European Commission selling just 40t out of storage since December last year.

However, EU SMP prices have been creeping up which could make intervention a less attractive option to processors, according to FC Stone dairy analyst, John Lancaster.

“We are seeing SMP moving back to about €100/t (£85.72/t) above intervention and are forecasting price appreciation in the futures market for quarter three and quarter four this year.

“Although there is a significant amount of product in intervention at the moment, (equivalent to 22.3% of total 2016 EU SMP production) there is demand for fresh product right now.”

6hrough a fortnightly tendering process the Commission is offering older SMP placed in store before October 2016, which is only fit for animal feed.

“The added costs of having to adhere to EU intervention specifications and age profile of SMP on offer will make the spot market more attractive, so we may not see much more going into intervention moving forward.”

Mr Lancaster added: “The softness of the protein market this year has largely offset the fat market which has been buoyant.”