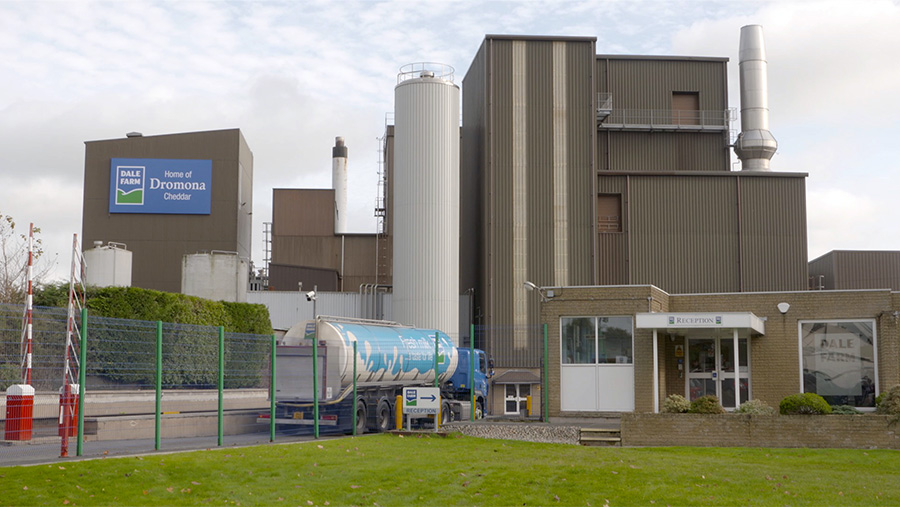 Dale Farm group chief executive, Nick Whelan said: “We have said consistently that the business would give back once the market delivered, and we have kept this promise.

“This increase will hopefully reaffirm our members’ confidence and pride in Dale Farm, after two years of falling global prices.”

The significant rise has been welcomed by the Ulster Farmers Union (UFU), describing it as the lead the rest of the industry needs to follow.

“My message to other processors is that an example has been set, and we will not shy away from being critical if others do not follow this lead,” said UFU president, Barclay Bell.

The union’s endorsement comes following a unanimous decision by Northern Ireland farming representatives to take strike action before Christmas, following a sustained period of low milk prices failing to keep pace with commodity markets, as well as a lack of notice from processors over price change announcements.

Milk prices in Northern Ireland consistently fall below those from mainland Britain and have been on average 19.2% lower than the rest of the UK through 2016.

Dairy markets on the whole have been consistently improving, with the latest Global Dairy Trade auction increasing 4.5% reinforced by Fonterra increasing its forecast farmgate pay-out by 3p/litre (NZD$0.75/kg milk solids) following a rise in global dairy prices and a universal fall in supply.

United Dairy Farmers was created in 1995 and has dairy operations in England, Scotland and Wales as well as Northern Ireland where the co-op originated, and is supplied by 1,300 farmers.