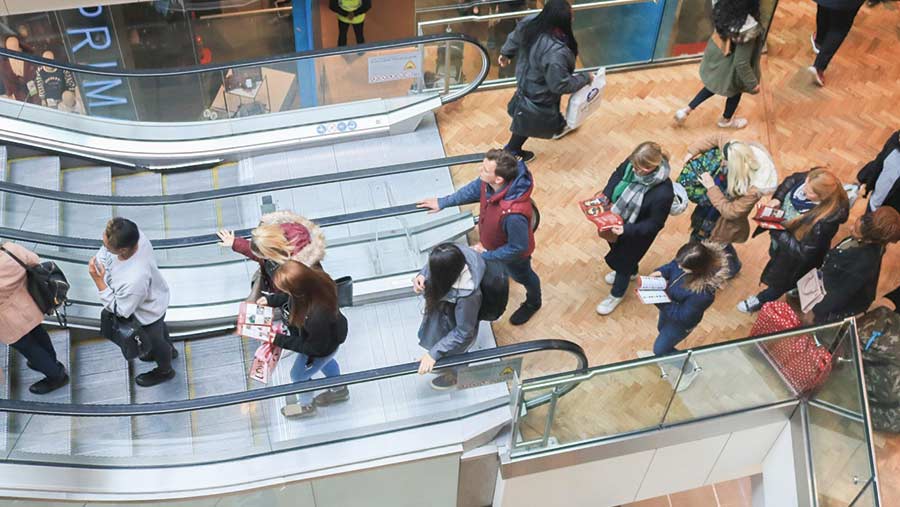 The outlook for the UK economy remains uninspiring, with most forecasts projecting growth of about 1.5% in 2018. This partly reflects the delay in business investment due to Brexit uncertainly.

Once clarity on the future political and trading intentions is established, some confidence may be restored, says Andersons partner Graham Redman.

“This is true for large internationally trading businesses as well as smaller firms where prices are heavily influenced by global markets and trade flows, such as agriculture.”

Despite the dire warnings beforehand, the UK economy has performed quite strongly since the Brexit referendum in June 2016.

Indeed, the short-term impacts of the referendum have been positive in many respects, says Mr Redman, with weaker sterling making UK goods more competitive to export, and imports dearer into the UK.

However, UK growth slowed in 2017 and inflation rose to outstrip it, meaning real-terms growth has vanished.

The Bank of England cites two factors: the growth of the new “gig” economy, where people are employed for specific tasks, and the replacement of many “middle ground” jobs by software and algorithms.

Overall, work is becoming less skilled and of lower value, he says.

“Agriculture is not immune, and the Brexit process might accelerate this if it affects the availability of seasonal migrant labour.”

As interest rates begin to rise, albeit modestly, the greatest impact might be on land values, where very low-cost borrowed money has supported the market since 2009, when base rates fell to 0.5% for the first time ever, he adds.

“With higher costs of finance, and a greater incentive to hold cash, land prices might continue their downward trend.”

Mid-way through the second year of post-referendum uncertainty, the advice from consultants remains to concentrate on making businesses as efficient as possible, regardless of the political turmoil and the vacuum on future UK farm policy .

In addition to the long-term downward trend in the proportion of household disposable income spent on food, most consumers are increasingly looking for value and savings.

When interest rates rise again, those pressures will intensify. Mortgage payments have already gone up following the 0.25% rise in November – the first rise for 10 years. For many mortgage holders, their first rise brought a bank balance shock.

There have been some high-profile food and supply chain casualties in the past year and there will be more to come, so knowing your supplier and customer and maintaining a close watch on terms of trade and behaviour will become even more important.

There are some simple ways to reduce the risk of being caught by such failures, for example negotiating early payment, which do not cost a great deal but make good business sense.

The above is based on Andersons Outlook 2018.  Copies of the full publication can be downloaded from Andersons’ website by clicking on “Publications and Events” or by requesting a printed copy on 01664 503 200.

Andersons is running a series of seminars in the spring looking at the prospects for UK agriculture in greater detail.