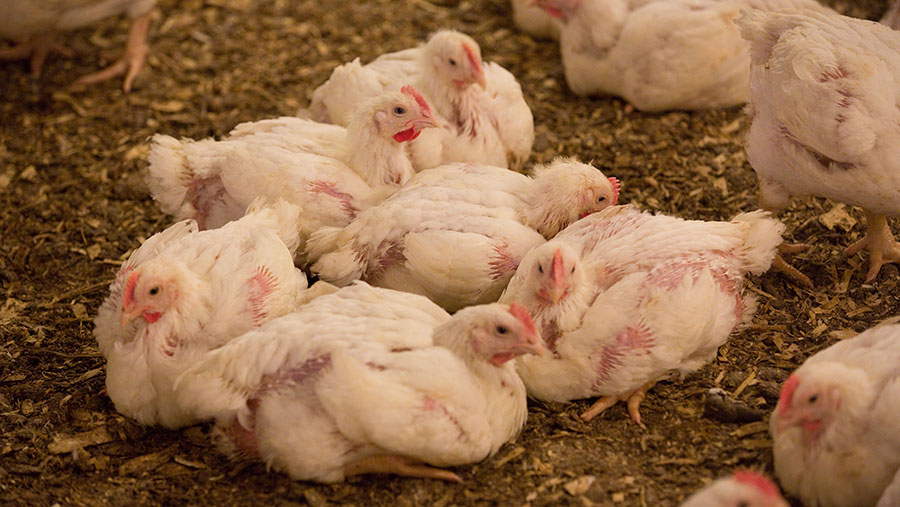 Poultrymeat and eggs continue to increase in popularity with consumers despite a decline in total meat consumption.

A snapshot of the retail market reveals positive news for both chicken and egg producers, who saw both value and volume growth in the 52 weeks to the end of January.

According to retail analyst Kantar Worldpanel, fresh and frozen chicken sales grew 2.6% in volume and 1.9% in value last year.

Broken down by type, breastmeat, which accounts for 60% of the total market, was up 4%, dark meat by 4.4% and whole-bird sales grew 0.5%, which marks the reverse of a decline in the category seen in the past few years.

Part of the reason behind the success is that 93% of consumers in the UK eat chicken, explained Kantar Worldpanel’s Rose Keen.

“As a result, whenever the population grows, so does consumption,” she said. “This positive story is even more remarkable when you consider that total meat consumption is in decline.”

She cited Defra figures that put chicken consumption up 2% year-on-year but reported significant declines for other meat types.

Pork consumption is down 13%, beef showed zero growth and lamb is down 37%.

Households in the lowest 10% income bracket show a 2% growth in poultrymeat consumption and even greater declines in other meat types.

“For that group, it would appear that poultry still seems affordable,” said Prof Manning.

Argument can’t be about chlorinated chicken

British poultry producers should make the case for protecting their market by highlighting higher welfare standards, rather than simply opposing chlorinated chicken, according to a leading figure in the sector.

See also: Eustice fails to give guarantees about chlorinated chicken

Philip Wilkinson, who holds a range of board positions with major poultry businesses across the globe, said millions of people in the US and elsewhere ate chlorinated chicken every day with no ill effect.

“What we have got to do is look at the difference in their welfare standards and stockmanship,” he said.

“They reuse litter, don’t use the same stocking densities and birds don’t have natural lighting. We’ve got to fight back on those grounds.

“We are not going to win this battle by arguing against chlorinated chicken.”

Consumers are moving from traditional “meat and two veg” meals to more creative dishes, and chicken is well suited to that type of cooking, said Ms Keen.

In addition, convenience is becoming more important – a trend most marked by the rise of quick-recipe cookbooks. Increasingly health-conscious consumers, too, have driven growth, with shoppers switching from relatively fatty red meat to leaner poultry, she added.

Beak trimming in the Netherlands

The poultry chairman of Dutch farming union LTO Eric Hubers told of his experience of keeping birds without beak trimming, which was banned in the Netherlands at the start of this year.

Mr Hubers farms 125,000 hens in both free-range and barn systems and has taken four flocks through full cycles without any beak treatment (many Dutch farmers began doing so before the law changed in January).

“We are getting it under control more easily than I thought. Of those four flocks without debeaking, three have had no problems at all and good production.

“In the rearing period you actually get better pullets,” he said.

“So [debeaking] is not just disadvantages, but the new law means we cannot choose. If we could choose I would still debeak.

“The flock we had problems with went totally wrong. They started pecking and it was unstoppable – we had 20% mortality at the end.”

Eggs sales are also up, according to the Kantar figures.

“This is being driven primarily by people not only eating eggs more often, but when they do buy eggs they buy more,” said Ms Keen.

Free range accounted for the majority of that sales growth, up 8%, while barn/colony grouped as one category declined 3%, and organic grew 15%, though from a small base.

“On average now we eat eggs twice a week,” said Ms Rose, “It’s no longer the Saturday morning fry-up, most of this growth is coming from midweek meals.”