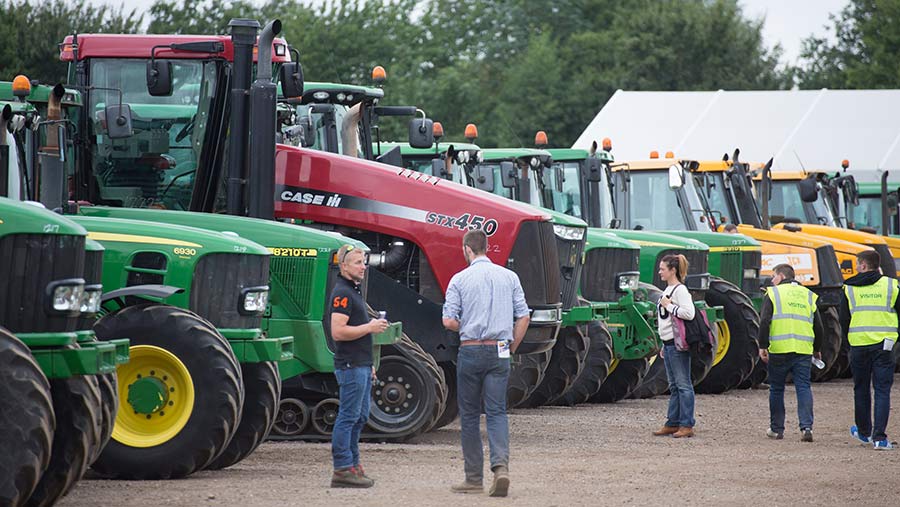 Long manufacturing lead times for new machinery are reducing the number of agricultural tractor registrations in the UK.

With fewer new tractors available, demand for second-hand machinery is booming and high-specification tractors with low hours are reported to be in most demand.

Mr Watchorn said: “I can’t see that trend changing in the coming months, while those factors are still present in the marketplace.

“Demand is strong in the UK, and we are also selling a lot overseas as well to eastern Europe and Ireland.”

The items selling best at the moment, according to Mr Watchorn, are low-houred second-hand tractors and good clean cultivation equipment.

Bill King, chairman and auctioneer at Cheffins, says good-quality second-hand machinery prices have risen since the pandemic and are still rising.

Mr King said: “Generally, there is a shortage of second-hand equipment coming through to the market, because the new equipment isn’t being supplied as quickly as it was pre-pandemic. Therefore the trade-ins aren’t coming on to the second-hand market.”

Equipment is being held on for longer, which means the better-quality machinery with lower hours and higher spec are in short supply and fetching a premium, according to Mr King.

“A lot of manufacturers have also increased prices this year, so the higher the value of a new piece of equipment, the higher the impact on second-hand residual prices,” he said.

The number of registrations of new tractors in July dropped by 4.5% on the same month last year, with just 973 units registered.

During the first seven months of 2022, the number of new registrations was 7,393, down by 6% on the previous year.

Stephen Howarth, agricultural economist at the Agricultural Engineers Association, cites supply-chain challenges and longer lead times as the major reasons for the fall in the number of machines being registered.