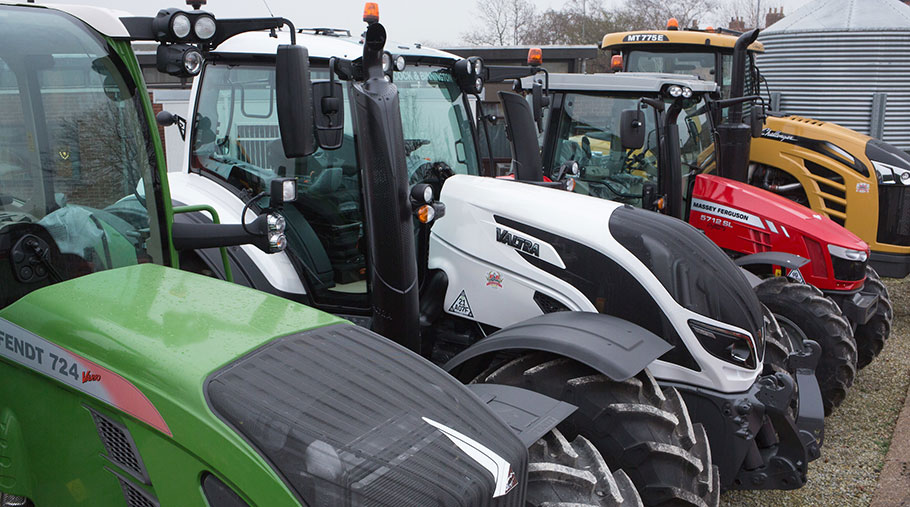 Arable farmers have driven an increase in sales of new tractors and agricultural equipment this year after strong grain prices helped improve profitability.

Figures released by the Agricultural Engineers Association (AEA) show there has been a 5% rise in new tractor registrations in the year to date compared with 2017, with the biggest increase in sales coming from tractors over 180hp.

A total of 1,222 tractors over 50hp were registered last month, as wheat prices stood more than £10/t higher than the previous year and milling wheat some £20/t higher.

This was the highest May sales figures since 2014 and brought the total tractor registrations for 2018 to a healthy 5,343.

Tractor sales are a key benchmark of the health of the agricultural economy as they closely track farming income, said AEA economist Stephen Howarth.

Last year’s improvement in dairy farm profitability was mirrored by an increase in registrations of new tractors between 120-180hp, as well as an increase in sales of grassland equipment.

But this year the biggest improvement in sales has been from tractors over 180hp, suggesting it is the arable sector that is the most willing to invest in machinery, with sales of arable equipment also improving.

The increase in sales comes despite an increase in the price of tractors, with manufacturers blaming the weak pound and legislation changes, although some customers are questioning if increases have gone beyond these justifications.

The most recent price-affecting rule changes were the European “Tractor Mother Regulations” which came into effect on 1 January 2018 and set higher safety standards for all new tractors in the EU.

Mr Howarth said this meant dealers rushed to register 600-700 new tractors last December before the rules came into effect in order for them to fall outside of the legislation’s scope.

Despite being registered in 2017, many of these will have been sold in 2018 and will have been in addition to the rise in registrations this year meaning the growth in sales will be higher than the official estimate of 5%.

Demand in the second-hand tractor market also shows no sign of abating according to Simon Wearmouth, partner at Brown & Co, despite an increase in machinery auctions happening across the UK.

He said additional throughput in the tractor and equipment market have not dampened the value of good-quality items because more farmers are looking for a decent second-hand kit rather than buying a high-priced new machines.

However, the profile of overseas buyers was changing despite the value of the pound still making second-hand kit an attractive option for customers with euros in their pocket.

Mr Wearmouth said they were seeing fewer eastern European customers coming in for poorer-quality kit than a couple of years ago when many machinery yards were practically cleared out, but the demand for higher-quality equipment was still strong.