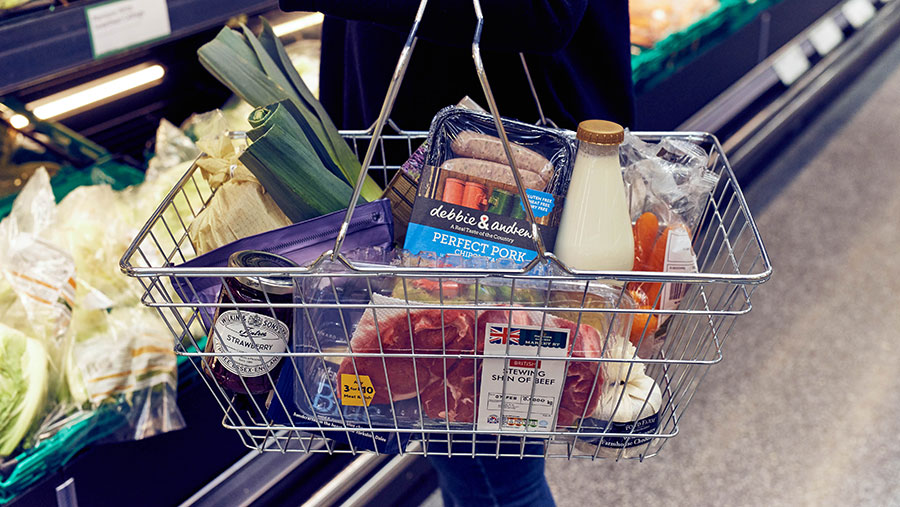 Food prices in Britain are among the lowest in Europe, according to an EU Commission survey.

Overall, the survey shows prices in the UK for 440 key products are well below the EU average. Milk, cheese and eggs in the UK recorded the 26th lowest prices out of the 28 member states.

Only the less-developed economies in former Eastern Bloc countries such as Hungary, Bulgaria and Romania recorded lower overall average prices in the survey.

See also: So you want to…set up a livery yard

Denmark had the highest price level for a basket of comparable foods in 2018.

The Danes paid 130% of the EU average price – almost twice as much as the lowest-cost grocery bill in Romania at 66% of the average.

Other high-cost nations were Luxembourg and Austria, both 125% above average, followed by Ireland and Finland at 120% and Sweden 117%.

A Food and Drink Federation (FDF) spokesman said that while the highly concentrated retail market and strong competition between suppliers meant UK consumers benefited, farmers and manufacturer margins were squeezed.

There are concerns this could threaten the ability of manufacturers to invest in innovation and new product development.

“This challenge is further increased across the whole food chain as a result of the enormous cost and disruption of preparing for a potential no-deal Brexit.”

Gareth Morgan, head of policy for farming and land use at the Soil Association, said: “The news that UK retail food prices are on average some 20% less than the average of the EU prices and for milk, cheese and dairy are close to the bottom of the EU price rankings bears testimony to the power of UK retailers to both drive efficiencies in store and to their power within UK and global supply chains.

“For farmers this is challenging. What is relevant to farmers is farmgate price and the proportion of retail price this represents.”

Mr Morgan added that for many products, the difference between farmgate and retail prices are smaller than in other EU countries, further exacerbating the position of UK farmers.

“For some, moving to a direct-to-customer model represents an option to supply people who want to know where their food has come from and who are prepared to pay a fair price for what they eat.”