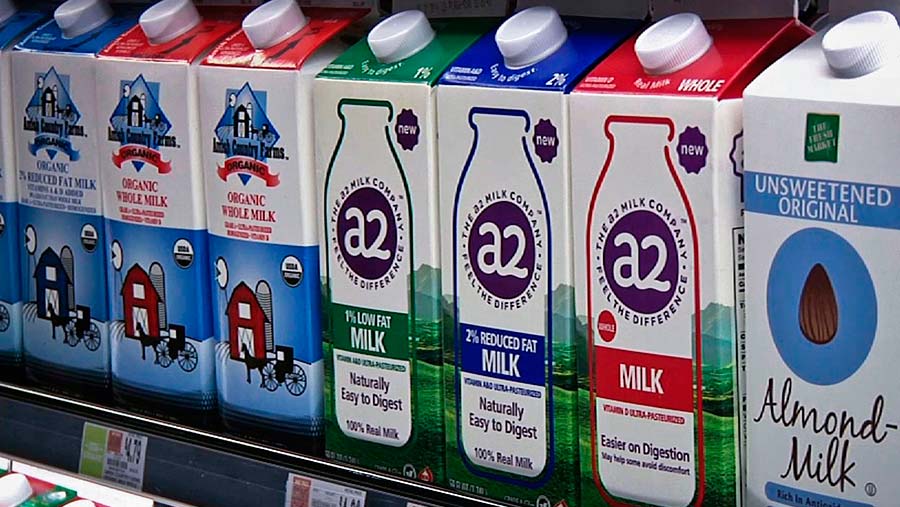 In 2011 the launch of A2 milk was hailed a breakthrough for consumers who suffered an allergic reaction to ordinary milk.

Researchers in New Zealand had found that cows produced milk with two types of beta-casein protein, either A1 or A2.

While the A1 protein triggered digestive problems in some, the A2 type showed a much-reduced effect.

Further research showed that roughly 50% of cows had the genetic make-up to produce A2 milk.

Recognising the marketing opportunity of a non-allergenic milk, the NZ researchers commercialised a DNA test to identify A2 cows and formed the A2 Milk Corporation.

Branded A2 milk arrived on UK supermarket shelves in September 2012 and the product quickly developed a loyal following.

Contracts to supply Robert Wiseman with A2 milk were offered in 2012 and initial demand and growth forecasts translated into a 2.5p/litre premium.

This threw a potential lifeline to producers in the grip of that year’s price crisis and about a dozen converted to producing A2 milk.

Many sold off non-A2 cows, which accounted for half their herds, and bought in replacements at a premium.

See also: Switch to A2 milk still paying off after four years

Initially it appeared a shrewd move, with UK retail sales in 1,000 outlets passing £1m within 12 months.

Muller then took over Robert Wiseman Dairies and a joint venture between Muller-Wiseman and the A2 Milk Corporation promised greater investment in the UK market.

Under the joint venture, Muller-Wiseman procured, processed and distributed the milk, but the A2 Milk Corporation took over product marketing and sales. This decision proved pivotal. 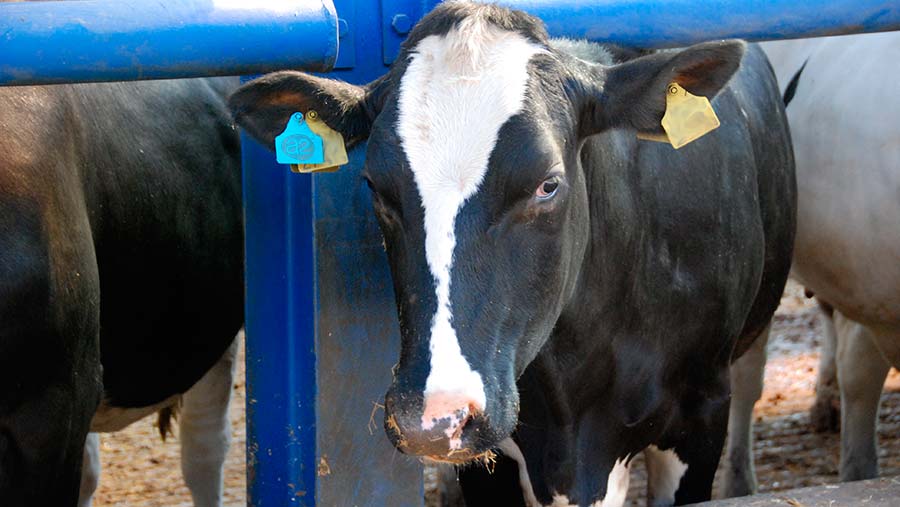 While countries such as the US, China and Australia saw solid growth – A2 milk captured 8% of the Australian market – UK customers proved more of a challenge.

Marketing a new premium product on shelves dominated by cheap fresh milk amid burgeoning sales of plant-based alternatives was difficult for the relatively small A2 Milk Corporation.

Sales growth failed to match early rates and last summer the renamed A2 Milk Company announced it was quitting the UK to focus on other markets.

The decision to quit had followed a strategic, global review, an A2 spokeswoman told Farmers Weekly.

With just 600 employees worldwide, it made sense to focus on the fastest-growing markets.

The UK supplier relationships forged had been very important, the spokeswoman said.

“This decision does not preclude us from pursuing markets for liquid milk or other products in the UK in the future,” she said.

One farmer who converted to A2 milk production in 2012 was Shropshire-based Neale Sadler.

In 2012 the 2.5p/litre premium offered for A2 milk produced at his Bridge Farm near Shrewsbury represented a significant incentive in a turbulent market.

A £300-a-cow subsidy was included in the deal as an incentive to sign up and to help offset the cost of replacements.

DNA tests revealed that 57% of the farm’s 75 cows did not carry the A2 protein trait and these were sold off.

The herd took time to rebuild, but the initial dip in overall milk production post-conversion was cushioned by the bonus and an increase in yield per cow.

However, beyond the first two years, the bonus was paid only on the proportion of milk which went into the A2-branded product.

With sales failing to match the early growth, that proportion amounted to 20% of Bridge Farm’s milk. The remaining 80% attracted the standard Muller price.

Mr Sadler said he had no regrets about the venture because it was a product he believed in.

His own health had improved, with a persistent eczema problem clearing up after switching to drinking A2 milk.

However, sales outside the UK, particularly in China where the product underpins baby milk powder, have boomed, said Mr Sadler, who has closely followed the A2 Milk Company’s fortunes.

“The decision to quit the UK is down to that huge uptake in Asia and the company has had to refocus on meeting that demand,” he said.

Our market was small by comparison and was a victim of the global success, he added.